repatriation in an pandemic

It's been a long time since I have seen my friends and family, who live interstate in Australia. There have been unprecedented border closures and, even when we could travel, it's been too risky, because we could pay dearly for our trip with two weeks isolation on our return. No doubt, due to the current COVID-19 situation, there will be those we will not see again. Some grandparents may never see their interstate grandchildren. Many special occasions will be missed.

This is pretty serious stuff. In fact, it is next in seriousness to the possibility of becoming very ill or dying from COVID-19.

Most of the Australian population has been very cooperative in trying to contain the virus, through self discipline and adaptability, and this has worked. Victoria brought a fairly torrid situation under control in 2020 through a severe lockdown, over many weeks. They are now, perhaps rather belatedly, trying to do this in NSW. These lockdowns cost us dearly in terms of people's incomes, loss of social outlets, loss of classroom education for schoolchildren, increased workload for teachers and parents. The arts have had to mark time for about eighteen months. There are delayed medical and surgical appointments, and then there are the mental health costs.

The financial costs will have been partially covered with "job keeper" and similar payments but the emphasis is on "partially." Rentals and mortgages have actually climbed during the pandemic, due to the protected status of the property development industry. The unreasonable price of keeping a roof over one's head means that no government payment can match the real cost of living in Australia. And, ultimately, who pays for this government protection of the incomes the industry deems its due, whilst renters and home-buyers cannot even go to work?

We hear much anxious talk about the future cost of COVID-19 tailored welfare payments, but will maintaining the property development industry, in the style it is accustomed to, mean reduced spending on other official hardship programs, like unemployment benefits and pensions?

One way or another, we are in a precarious situation. 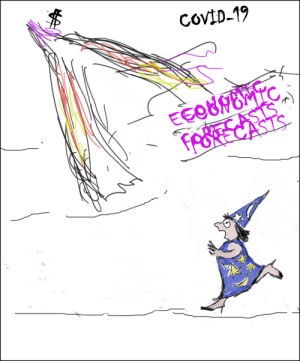 Yet our Federal Government seems willing to increase the risks still more for all of us, by repatriating people currently overseas, in countries where new variants of COVID-19 are literally running rampant. Inevitably, many of those we repatriate now, will bring these infections with them. Inevitably, the virus leaks out of our makeshift quarantine arrangements and half a million Australian children suddenly cannot go to school again! Is this reasonable?

It is incomprehensible to me that the Federal Government apparently holds the Australian population in such low regard. Many of our woes were entirely avoidable. We knew the behaviour of the virus early last year, eighteen months ago. We knew it could be transmitted for up to fourteen days in asymptomatic people. That's a fundamental problem and requires either closed borders or purpose-built quarantine, not a stack of excuses. Our governments have failed to protect us and, in addition to treating our health and welfare in cavalier fashion, they have trashed our local economy and cost individuals and taxpayers $multi-billions.

I remain aghast at our political elite's repeated wilful reinfection of Australia's population, because they are also risking their own lives, and those of their wives, mistresses, friends and families. Similarly, I am completely bamboozled by the way they are also prepared apparently to trash the economy, normally their greatest priority and obsession, as it stalls with every outbreak.

The situation raises questions, which must have answers. Obviously there are benefits for some elites by letting overseas people return, even at the risk of being infected themselves. These benefits must be significant. One can only speculate as to what they actually are.

In the meantime, why have they not built proper quarantine facilities? How hard is it? True, they would need multiple well-trained personnel prepared to work in remote locations, and regularly quarantine prior to taking any leave. What would be wrong with using the army for this? It has doctors and nurses, prepared for every kind of event, and disciplined to remain on location until leave is deemed appropriate. At least, such a project would represent a planned inconvenience, rather than the series of botched quarantines by which we have been jolted.

Another possibility is that our political elites and their economic advisors operate with a kind of nincompoop optimism, and just hope that there will not be another outbreak, each time there is one. And so, they just put off organising better quarantine facilities. Along the same lines, the incomprehensible economic approach might be due to the fact that the usual economic theorists do not have a paradigm to deal with our current reality - or any reality, really. Usually they deal in trends, as if those trends were crystal balls to the future, although they are just extrapolations with a few variables. The pandemic has interfered with most trends, especially the population-growth trends beloved of corporate and government economic planners. This is like smashing the fortune-teller's crystal ball, while the wild wind of nature snatches away her tent, exposing the overdressed tart beneath.

Then again, the big boys, like the banks, the multinational internet companies, and many traditional corporations, are making billions hand over fist, and this is reflected in bloated but buoyant sharemarkets, so how could our financial and political elite really be sincerely concerned? Sure, there are going to be a lot of mortgage defaults and evictions not too far down the pandemic track, but the banks can always resell those foreclosed properties, so, why would they care about the fate of their ex-owners?

There is obviously money to be made by prolonging the pandemic.

I will leave you with that thought.