I live in a small town and every year for the last three years we have celebrated World Environment Day with an information day organised by the local environment centre. Dozens of groups set up tents and disseminate information about what they are doing to help the planet. There are workshops, speakers, live music, fun events for kids and healthy food. This was the first year we had a meat-free festival.
Months ago I was promised my usual speaking spot which somehow got forgotten by the organisers. Then a week before the nod was given and I set to prepare my talk. The subject was 'Biodiversity-How can we Protect it?' Given that I only had five minutes to cover this rather large subject, many hours were invested in practising and shrinking down what I wanted to say. This is what I ended up with (a variation on the speech I gave to council just last month except tailored to the audience):-

THE IMPORTANCE OF BIODIVERSITY
I don’t know about you but I feel so blessed to be on this incredibly beautiful planet. Such a myriad of exquisite animals living on the land, flying in the sky and swimming in the ocean. Boundlessly abundant flora healing our bodies and spirit spring up effortlessly from beneath our feet. It pains me so deeply to know that this blue-green jewel floating in space that we call planet Earth is in deep trouble. There are 16,000 species at risk of extinction today. This mass extinction is caused by one species – us.
Australia has the worst reputation having driven 38% of its mammal species extinct in just over 200 years. The Tweed Shire has probably the most biodiversity in Australia yet a whopping two thirds of our species are at risk of extinction.
Biodiversity loss is a much bigger problem than climate change, because climate change could be turned around in 100 years, but biodiversity loss could take between 10,000 to 100,000 years to turn around.
Somehow we forget that all species are interdependent. E.g. if bees became extinct all of life on this planet would end in just four years. If plankton became extinct, we wouldn’t have enough oxygen to breathe.
We forget that healthy ecosystem needs diversity, many species each with large populations and strong gene pools – like a jungle teeming with life. Instead we clearcut land and overfish the oceans and wonder why we are in ecological crisis.
We forget our resources are finite acting like they will be there forever – if we keep consuming and populating at the rate we are going we will hit a wall where life won’t be worth living.

The Convention on Biodiversity aims to significantly reduce biodiversity loss by 2010. Every loss of species is a threat to global biodiversity. The Convention is concerned with the moral and ethical aspects of biodiversity loss.
What does that mean? I think it means having reverence for life. Animals have feelings, just like us. They feel happy, sad, lonely, they grieve. They fear death and they love their families. When their habitat is destroyed, they die – in terror.
In Queensland between 1998 and 2004 a total of 104 million animals died as a result of land-clearing. If we had reverence for all creatures, we could coexist with them instead of paving the planet. There would be no species loss and no extinctions.
But the bottom line is, humans regard animals as resources to harvest instead of sentient beings with feelings and the right to live in peace.
So how do we change human consciousness on such a profound level? How do we make a paradigm shift away from being anthropocentric to being biocentric? It depends on you and me making that shift on a personal level and political level and it’s very important to do both.

POLITICAL LEVEL
Demand that Governments and councils enforce laws to protect biodiversity + stop developments from destroying koala and endangered species habitat such as Kings Forest. Such as helping NRG stop the ridiculous Repco Rally tearing through national parks in the wildlife breeding season.

PERSONAL LEVEL
Do obvious things like driving slowly in the country at dawn and dusk to avoid roadkill, restrain your pets or become a wildlife carer. But more importantly, the most fundamental thing you can do to stop biodiversity loss is stop eating animals and eat plants instead. Why? Livestock Industry causes most damage to the planet - DEFORESTATION, DESERTIFICATION, SPECIES EXT. WATER SHORTAGES, GHG, POLLUTION WATER). 7 billion people eating fish is causing a dire crisis to the oceans. And don’t even think of eating kangaroo to save the planet because they are on track to extinction too.

Will Tuttle’s book The World Peace Diet talks about not only the environmental destruction a meat/dairy diet but also the profound social fragmentation and spiritual disconnection it causes from being in denial about the suffering of non-human animals on our dinner plate. We cannot have peace until we embrace kindness to all creatures.
Yes I am asking you to do probably the most difficult thing you have ever done in your life – but the situation on Earth is dire and unless we all shift to a plant-based diet this earth is doomed. We must act today – tomorrow it will be all gone.
This earth is too precious to lose. For the sake of your grandkids, for the animals who want to live here and the planet, please take one small step in this direction. Make the effort to overcome a lifetime of social conditioning and habits. You’ll be so glad you did.

***********
Then a day before the event I was contacted by one of the organisers asking me for my bio. I sent him my speech and this was his reply:-

Dear Menkit
After reading through your talk, it is obvious to me that you are gifted with a strong commitment to our communities' moral and ethical evolution.
So I hope that you will read my opinions, below, not as a personal offence of any kind, but rather as a loving pointing-out of aspects that could be sabotaging your true aims.
To this end, I have not pulled any punches. (Also, please note that when items from your talk appear 'in single quotes', they're being paraphrased, not quoted.)
The festival is intended to encourage a wider audience of non-environmentalists to take a simple first step or two. (Thereby gaining a sense of achievement and pride that can fuel ongoing and larger committed actions.)
Indeed, my intuition is that your talk would neither serve the festival audience nor help to achieve your own aims, were you to deliver this talk on Sunday.

Perhaps an environmental festival for the general public is not the appropriate place to air one's own spiritual or religious beliefs?

'mass extinction of 16,000 species caused by one species - us'
+ 'Australia has the worst reputation' + 'Somehow we forget'
+ 'we forget' + 'we forget' + 'life won't be worth living'
+ '104 million Qld animals died in terror' + 'buried guilt'
+ 'we're all doomed unless we all become vegans'
+ 'you are all lazy and socially conditioned' 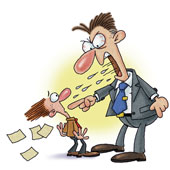 Such a collection of accusatory, punitively worded facts and statements (many of them unsupported) is unlikely to achieve anything other than to overwhelm, upset, and destroy hope in the festival's audience. (Many of them could well be taking their first, furtive step towards assuming greater environmental responsibility).
Also, using the words "us" and "we" is really only authentic when they're used to describe something that the speaker and their audience share in common. Throughout the talk, "us" and "we" are almost never used this way. Rather, they're code-words for "all of you out there", "ignorant consumers", and so on. As such, they foster a vague sense of alienation and anger, the very antithesis of the sense of inclusion that's intended.

'humans have caused all animal extinctions'
'biodiversity loss is a much bigger problem than climate change'
'if plankton became extinct, we wouldn't have enough oxygen to breathe'
'changing our attitude guarantees no species ever becomes extinct again'
'we're all doomed unless we all become vegans'
'tomorrow [the earth] will be all gone'

Many of your talk's statements I found either deceptive, unqualified, or exaggerated.

Vague statements like these sound impractical to a general audience, so they're unlikely to motivate ordinary people into action. In fact, I found only one concrete, feasible solution to the plethora of problems that your speech raises (to drive slowly on country roads to avoid roadkill).
Unfortunately, your talk amounts to scare-mongering.
I invite you to re-examine your motivations for wanting to tell people the specific information that you do,

*****
Frankly I found this response baffling, given that I could back up with references everything I wrote. Was he saying that my information was incorrect or that I was expressing it in an offensive way? I asked repeatedly how I could say it in such a way as to not offend but no reply was forthcoming.
It seems odd that an environment group, whose purpose is to help save the planet, would be deliberately repressing the very information that is needed to create a radical transformation of our world. Changing light bulbs, recycling and riding bicycles isn't going to do it fast enough.
What hope is there if people won't even listen to the pros of a plant-based diet? Why are people so terrified to question their dietary habits and make a shift? Its not that hard. It can be taken very slowly, in baby steps, and in a short time people feel terrific.
In short, we have nothing to lose and everything to gain.