Michael Bayliss, spokesperson for Sustainable Population Australia, speaks up for wildlife and for a sustainable population policy in Australia on Vocal Animal. Note that Michael also advocates a vegan diet for humans, but we do not, even though we publish pro-vegan articles from time to time. A major reason we do not advocate such a diet is that it does not satisfy requirements for animal-sourced vitamins, and can be fatal and disabling. See Incurable Alzheimers or curable B12 deficiency? An epidemic of wilful medical ignorance. (Sorry, Michael, but thanks for a really great interview on population, sticking up for animals. Also, feel free to comment and argue this point.)

Population Matters. So let’s talk about it.

Australia’s population increases by one person every 1 minute and 22 seconds, needing the equivalent of a new city the size of Canberra each year.

Michael discusses why there is a shift in people’s willingness to discuss population, the drivers of Australia’s population growth and outlines SPA’s population policy.

Something to look forward to ….. Sustainable Population Australia is currently producing a web series called ‘Tough Crowd’ hosted by comedian Rod Quantock interviewing comedians about their thoughts on population. Fully-funded but you can find out more here https://pozible.com/project/tough-crowd 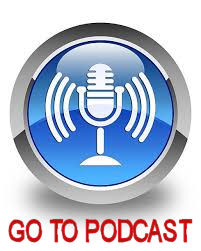 An opportunity to meet MPs - especially from the South and Eastern areas of Melbourne, with the coming election in mind

The next instalment in one of Melbourne's most contentious Major Projects.

How has the State of Victoria managed to loose $17 million building and selling 55 houses in Kew ?
What will each of our local MP's do about protecting all of the remaining Kew Cottages Public Land if re-elected ?
Do our MP's support the Kew Coalition's Alternative Plan ?
How can the community help ?

**
Kew Cottages Needs Your Support !
How you can help
Click Links Below to Preview & Buy Online
Kew Cottages 2010 Calendar
Cards and Pictures