If Victorian Labor is to be epitomised in its wholesale profiteering of Melbourne's heritage, it is the carving up of Kew Cottages 90 acres, which for decades on the prominent Yarra River's prominent hilltop bend was home to Victoria's mentally handicapped, the socially unwanted, the 'too-difficult' vulnerable members of Melbourne's community. It was Melbourne's Bedlam and society labelled them 'mad' and banished them to 'Kew' up on the hill, behind the big wall. Now the Victorian Government is profiting from decades of neglect of many of its most vulnerable.

If Victorian Labor is to be epitomised in its wholesale profiteering of Melbourne's heritage, it is in the carving up of Kew Cottages 90 acres, which for decades on the prominent Yarra River bluff was home to Victoria's mentally handicapped, the socially unwanted, the 'too-difficult' vulnerable members of Melbourne's community. It was Melbourne's Bedlam and society labelled them 'mad' and so banished them to 'Kew' up on the hill, behind the big wall. The State originally called it 'Willsmere Hospital', but long branded by other familiar names like 'Kew Cottages', 'Kew Asylum' and 'Yarra Bend Lunatic Asylum' 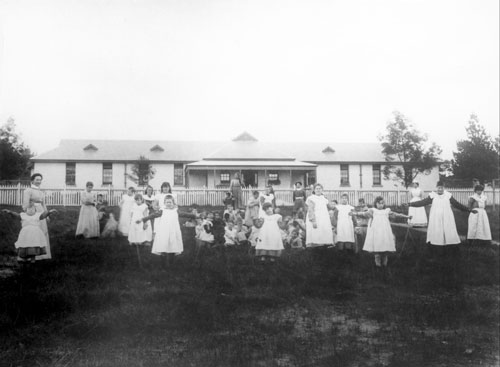 
Willsmere Hospital represents a depressing chapter of mental health neglect and abuse in Victoria's history. It was originally constructed in 1848. It soon became the first of three major 'institutions' across Victoria set up to house and care for the diggers of the Victorian gold fields facing health problems and lacking family support to help them.
Despite housing up to 950 odd high-care patients (including children),
Willsmere had been shunned by government for attention, funding and care for decades. It was dark, depressing and Victorian, if not Dickensian.

"There are some bathrooms which would not even rate as car washes, made of concrete and corrugated iron and coldness, where one floor caved in last year; corridors awash with the energy of people out of time; corners out of Dickens, so backward and oppressive.

A shed down the hill by the bitumen where they go when it rains is a cage out of a very old zoo where young men charged with psychosis charge up and down and round and round like angry old bears in a pit. All is lost in these quarters. They stamp the place as a village of the damned. Yes, surely such sights and sounds belong to another planet. Kew is this."[The Age, 1973]


In a special report in The Age newspaper 14th June 1973 by Ben Hills and John Larkin entitled 'The Minus Children' evidence of the systemic neglect at Kew Cottage’s was cited by its superintendent at the time Dr. Gary McBrearty:

(2) There are four full-time and two part-time occupational therapists. There should be 20 full time.

(3) According to Dr. McBrearty, Kew “is a long way away from a full staff.”

(4) It would be better for Kew to be autonomous rather than its present situation as a small unit in an expanse of bureaucracy.

(5) There are only two psychologists on the staff. There should be at least four.

(6) Wards estimate they need two regular cleaners. At present there’s only one, irregular."

State neglect culminated in the tragic fire of 1996 in which nine young patients tragically died. All the while the pollies have splurged $80 million of taxpayers funds renovating Victoria's Parliament House and $25,000 on a table for the Premier’s dining room.

The subsequent carving up of Kew Cottages has been the epitome of the Melbourne culture of pure immoral greed of government and its chosen developer, Walker Corporation.

In the carve up they are killing and ripping out hundreds of mature eucalypts so they can tightly wedge in as many kit homes (labelled 'townhouses') as they can, to maximise profits, so they can flog 'em off for one or two million a pop. Madness!

Of course the beneficiaries are the Victorian Government, profiting from its neglect of Willesmere and from land sales, along with the Walker Corporation et al., which profit from the kit home sales. Everyone else loses out.

Kew loses out with increased congestion. The trees lose out. We lose the trees. Melbourne's skyline loses out. Kew's landmark hill is set to emulate the industrial density of nearby Richmond - overpriced modular townhouses with the , DKO, told to pack 'em in as tight as you can and kid the buyers they look 'St Kilda-Elwood style'. 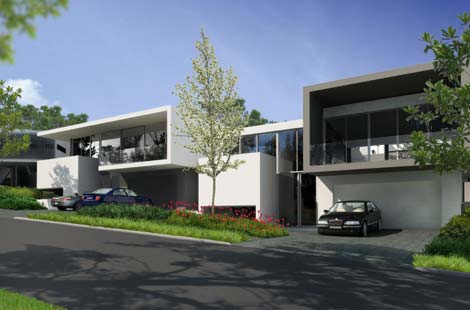 Of course the Willsmere patients lose out AGAIN. They've been rebranded 'residents' and either wedged into tighter barracks or re-located ('banished').

Does the pocketing developer-company, in bed with Spring (Grub) Street, give a toss?
This era for Victoria is Brumby's Bulemia, which history will acknowledge as a time of mad social disorder, destruction of Melbourne's heritage, and the perpetuation of Melbourne's 'haves' and 'have nots'.

The history of the treatment of mental health by the Victorian Government and indeed by state governments across Australia has been deplorable and Dickensian. Then after the David Richmond Report of 1983 found systematic institutional abuse of patients and recommended moving people out of psychiatric wards to be cared for in the community, 'deinstitutionalisation', has simply replaced abuse with abandonment and land-speculation with ideology.

Willsmere Hospital, along with many instititions for the mentally ill, was has been progressively reduced in size, and their services provided by general hospitals, supported accommodation, hostels and even gaols. Again, our most vulnerable put in government's too hard basket. Instead of providing acute care, governments have focused on cost cutting and land sales, like Kew Cottages.

"The sheer volume is extraordinary ... We paid the price some time ago for this change in direction of taking care outside of institutions and into the community," says Paul Preisz, a senior staff specialist in the St Vincent's emergency department.

"We don't have anywhere to send the patients."

"From the past year alone I can relate stories of people with mental illness sleeping on the floors of our hospitals or being locked in small seclusion rooms, in worse conditions than a jail cell, for days at a time," says psychiatric nurse Toby Raeburn.

While the Victorian Government may have ripped down the long high brick wall around Kew Cottages to open it up to the community for housing, it has retained a shroud of avoidance around the mental health problem in our society.

The Victorian Government has illegitimately profited from its decades of neglect of mental health responsibilities and then has profited from selling public land set aside for mental health care. It has immorally encouraged new investors in Kew Cottages to effectively displace our mentally ill, many of whom now have nowhere to go.