They have called on the NSW Premier, Kristina Keneally, to halt the destruction. Assurances were given by the NSW Government's deforester 'Forests NSW' to the local community that Forests NSW would ensure damage to threatened species habitat is mitigated. 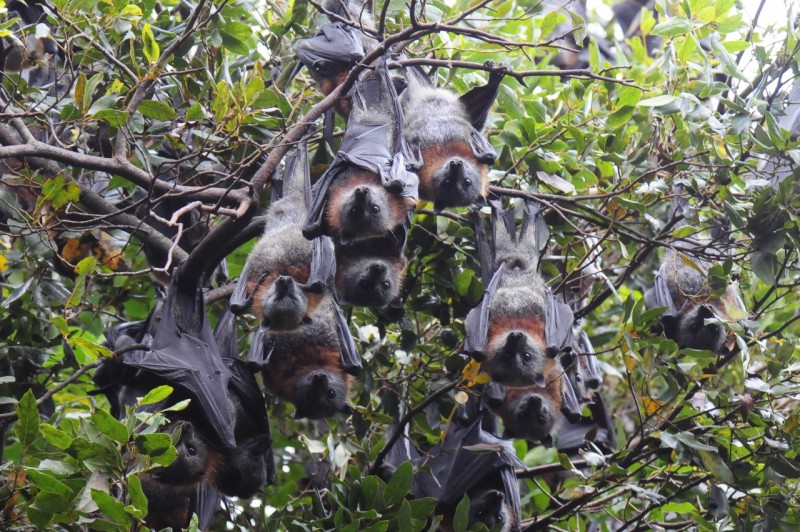 These assurances are signed off in a Regional Forest Agreement (RFA), yet RFA's have become regarded as logger speak for deferred right to log.

The evidence of habitat destruction in logger 'Compartment 62 and 63', that were earmarked for protection by the community, clearly shows the law is not being implemented.

Spotted-tailed Quolls are escaping to nearby private properties as their habitat is being destroyed, which is particularly alarming as Forests NSW pre-logging fauna surveys failed to identify these animals as being present in the area.

"We are sending a clear message to the NSW and Federal Governments that they must fulfil their international obligations on climate change by protecting their remaining carbon sinks," said Ms Stone. "Forests NSW have fudged the books when it comes to reporting their greenhouse gas emissions. We call on the State and Federal Governments to prove that political will is not extinct and put an end to native forest logging, for us and our children's future."

Neanderthal logger culture in Forests NSW try to justify that many native trees are just too big and mature and so have to be chopped down for their own good, or else because previous logging didn't do good enough job, they're contractors are sent back in to finish it off, or simply the standard crap that logging is good for forest health.
Such a bizarre evil mindset is equivalent to Sr Lanka's President Rajapaksa's genocide of the ethic Tamils last May, whom he finished off quite effectively.

RFAs are no more than a bastard fork tongue instrument - one side used by immoral pollies to spin motherhood environmentalism to the public and 'yes' media, the other side that orders in the heavy artillery for the loggers.

Unlike National Parks which are protected under federal conservation legislation, a 'State Forest' is no more than a timber reserve for loggers to log whenever Forestry NSW says it is ok. A 'State Forest' is logger speak for 'virgins of the vanquished' to rape at will by the 'dogs of logging'.

RFA's may as well stand for Rape Forests Anytime.

And Forests NSW justifies its logging as 'education' to children from kindergarten age to "provide interesting and relevant information about the forest environment, in a stimulating and fun way." 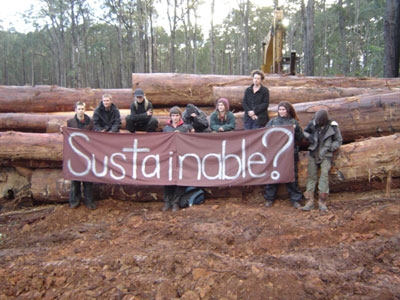