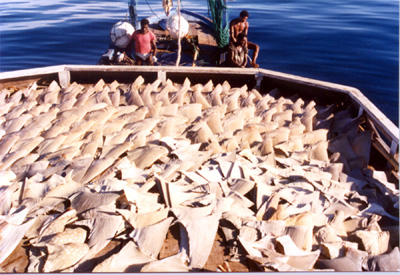 Eating shark fin soup is one of the distinguishing habits of sick backward Chinese culture.

Traditional Chinese culture dating back to the Ming Dynasty (1368 -1644) considered shark fin one of the eight treasured foods from the sea and since then have been traditionally served at dinner parties to express the host’s respect for his guests, particularly for Chinese weddings.