This and other updates from French sources are provided here occasionally because diversity of sources is so lacking in the anglophone media. France has nuclear plant expertise and the Japanese nuclear situation receives very detailed coverage there on the nightly news, in contrast to reports in Australia, for instance. The 2000 hrs French news occurs at 0500 Australian time (daybreak the next day) before there is much news coverage in Australia.

At Fukushima, small amounts of plutonium have been detected in soil at 5 different locations. No-one knows where it is coming from, which lack of knowledge is an indicator, in itself, of loss of control over the situation.

Reactor no.2 on which an attempt to cool it was made by spraying it with seawater has suffered corrosion to electrical circuits. TEPCO workers cannot get close to it to repair it. 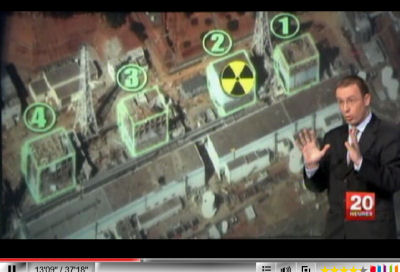 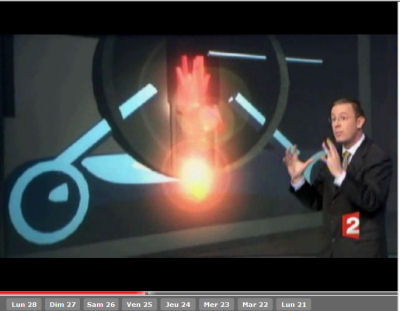 In reactor no.3 there is radioactive molten metal and it is thought that it has begun to meld with the metal base of the reactor containment structure. If that happens corium will be formed, which can heat up to 2500 degrees and will then start to infiltrate the 7-8m thick concrete foundation of the reactor plant itself. This extremely dangerous substance could then eat its way through the concrete and enter the soil below and then find its way to the sea. This would be a new variation on nuclear reactor catastrophes, since this has not happened in any earlier ones. 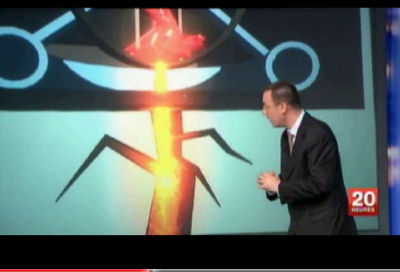 "What people mean when they say "meltdown" can refer to several different things, all likely coming after a hydrogen explosion. A "full meltdown" has a more generally accepted definition than, say, a "partial meltdown." A full meltdown is a worst-case scenario: The zirconium alloy fuel rods and the fuel itself, along with whatever machinery is left in the nuclear core, will melt into a lava-like material known as corium. Corium is deeply nasty stuff, capable of burning right through the concrete containment vessel thanks to its prodigious heat and chemical force, and when all that supercharged nuclear matter gets together, it can actually restart the fission process, except at a totally uncontrollab le rate. A breach of the containment vessel could lead to the release of all the awful radioactive junk the containment vessel was built to contain in the first place, which could lead to your basic Chernobyl-style destruction." 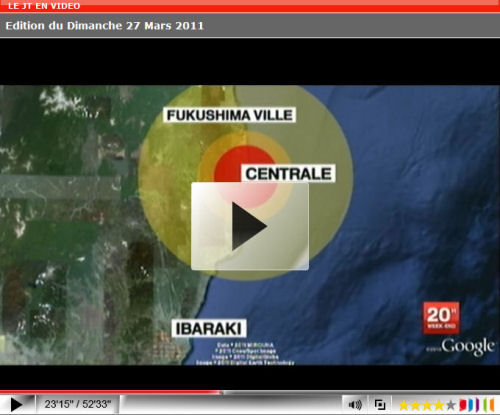 The 2000hrs French news for Sunday 27 March essentially confirms what Tony Boys has to say in his candobetter.net article"Japan Earthquake, Tsunami and Nuclear Disaster - A personal story about the next 100 years of human history". The situation is very bad and could significantly deteriorate at any moment placing much of the North island of Japan at risk to life. 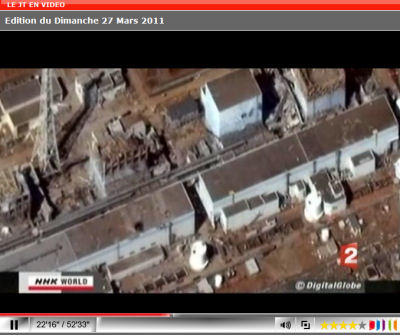 French commentators say that it is very difficult to analyse exactly what is happening due to conflicting and contradictory reports from TEPCO, the managers of the nuclear site in question, near Fukushima city. TEPCO looks incompetent, with a history of falsification of documentation of radiation levels.

Commentators for the French news service say, "The only certainty is that the situation has not improved; it has got much worse." 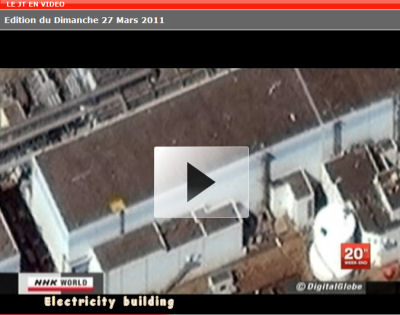 Sunday's bad news came from the basement of the second reactor's electricity building. The water there is extremely radioactive. 1000 millisiverts per hour - a peak which seems to confirm that the core of the reactor has partially melted and that the housing is not sealed. Official spokespersons from Radiation Protection and Safety in Japan say that they believe the high radiation emissions come from a leak in the reactor. For comparison, nuclear plant workers safety rules say that they should not receive more than 20 millisiverts annually. In accidents and emergencies they may risk up to 1000 millisieverts a year. (Note that the rate at the reactor above 1000 millisieverts an HOUR.) With such high radioactivity, no-one can go near the building. All work has been stopped.

Thierry Charles, Director of the France's Radiation Protection and Safety, commented that the situation cannot continue. [TEPCO] need to bring in seawater to cool it. [Ed. But sea water will cause corrosion of the plant and possibly prevent future cooling by plugging the pipes with salt.] The risk is also to fish, seaweeds, crustaceans within and outside the exclusion zone. These things form the basis of the Japanese diet.

Yves Marignac, "Independent Expert" and Director of Wise Paris, commented that the degree of danger requires an evacuation of at least 40 km from the site, much further than the area prescribed by the Japanese authorities.

This radioactivity in the second reactor is the highest measured since the beginning of the nuclear catastrophy.

Fish sales are down in Tokyo despite fishmongers now importing fish from outside the contamination zone. (This should come as no surprise.) Babies who can afford to are drinking bottled water, since mains-water has become unsafe.