Delightful koala pictures in this film which talks about why we need to speak up for koalas at the upcoming Federal Inquiry into the status, health and sustainability of Australia's koala population.

Federal Inquiry into the status, health and sustainability of Australia's koala population
On 17 November 2010 the Senate referred the following matter to the Environment and Communications References Committee for inquiry and report by 1 June 2011, with effect from the first day of sitting of 2011.
See Submissions here: http://www.aph.gov.au/Senate/committee/ec_ctte/koalas/submissions.htm.

Some of the reasons to be worried for koalas 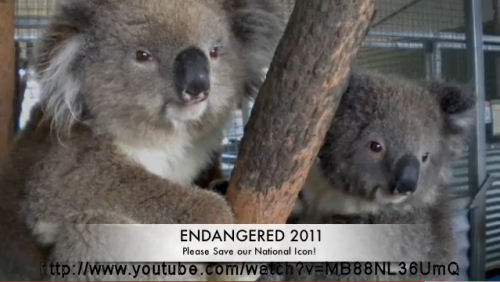 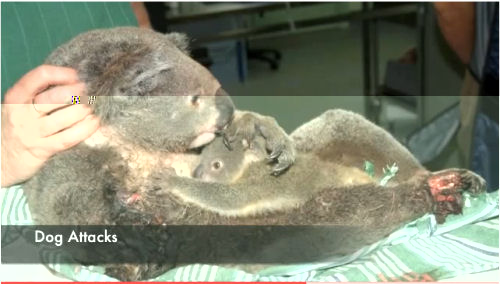 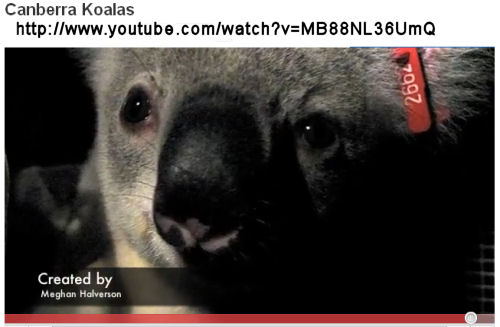 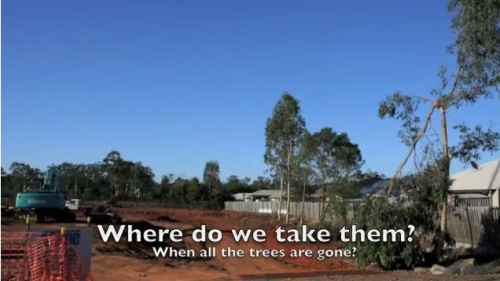 Koalas also get trampled by cows, which are aggressive towards them, so expecting the koalas to travel on foot across paddocks isn't a solution. Everyone needs more trees in Australia but koalas need them most of all.