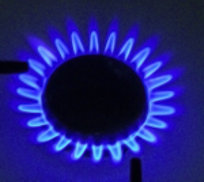 NSW households are set to be slugged with an increase of up to $225 a year on their gas bills as of July 1.  Australia is rich in gas. The reason is that gas is being exported, so it means a "shortage" of east coast supplies.

Australia will triple its gas production in the next few years as key gas projects in Queensland ramp up production. Despite production going up, domestic prices are set to increase as well. The Consumer Utility Advocacy Centre's Martin Jones says it is part of the globalisation of the economy.

Electricity bills have more than doubled in some areas of Australia in the past decade. The people working here say when gas goes up too, it will hurt. In Victoria we use a lot of gas, and a lot of people use it and it does get cold. And then to a lesser extent NSW and Queensland, they use less gas and there's less people that do use it. So, “comsumers need to be more efficient”!

Prices for households increased on average by 72% for electricity and 54% for gas in the 10 years to June 2013.

The Grattan Institute’s June 2013 report, Getting gas right: Australia’s energy challenge, shows how a rising export industry on the east coast plus ongoing strong exports from Western Australia put Australia at the forefront of the global gas revolution.

Strong Asian demand and high prices are inducing Australian producers to export their gas. That means local consumers will have to pay higher prices. Within the next couple of years, gas prices for households on the east coast, particularly in Victoria, will rise by as much as $170 a year. Large industrial users of gas will come under pressure from equally significant price increases.

Independent Pricing and Regulatory Tribunal (IPART) chairman Dr Peter Boxall says the increases are largely due to rising wholesale gas prices. "The ability to export liquid natural gas is driving a structural change in eastern Australia's wholesale gas market, and increasingly domestic gas prices will be influenced by what is happening in world gas markets," he says.

The decision comes off the back of a recent move by the NSW government to deregulate electricity prices.

#10;Globalisation and the loss of control of prices">Lock the Gate’s national coordinator Phil Laird said IPART’s report confirmed international markets will influence gas prices, rather than supply availability. Mr Laird said expanding CSG operations would not bring prices down. He continued, "The fact is that opening up NSW for CSG drilling will not only lead to massive price hikes in domestic gas but will also harm our best food-producing land and precious water supplies".

With global gas resources likely to last at least 200 years, the International Energy Agency has described the next decade as the ‘golden age of gas’. (not for consumers though- Grattan institute report)

Domestic manufacturers will have to pay more and will become less competitive. Domestic industries will close or downsize due to rising gas prices, and will lose workers. Australian consumers will have less disposable income, and that in turn will lower consumer rates.

The gas exporters are overwhelmingly foreign-owned. They demand local industries compete with Asian customers for Australian gas - our own resource! Electricity, water, and gas costs are all increasing despite government promises we'll all be better off.

Senator Waters, Australian Greens spokesperson for mining said: "The foreign multinationals causing the problem by hoovering up domestic gas for export at record prices are now saying that the solution to household price rises is to mine and frack even more gas, risking even more farmland and water”.

Indebted European nations, and Australia, should look to Norway, which has become one of the wealthiest countries in the world mainly by refusing to spend its huge oil revenues and placing them instead in a sovereign wealth fund. The fund generates money from its ownership of petroleum fields, taxes on oil and gas, and dividends from a 67% stake in Statoil, the country's largest energy company. Norway is the world's second-largest gas exporter and the seventh-largest oil exporter.

Norway has a Current Account Balance that is a world-leader in large part because it still has part ownership (67%) of its petroleum processing industry (Statoil). In contrast, Australia surrenders its resources to mainly foreign entities in exchange for exploration rights plus royalties based on tonnage exported.

Both sides of politics are at the beck and call of the monolithic international mining corporations. Globalisation means that our resources, our land, our sovereignty, our future are all being sold off to the highest bidder. Manufacturing will have to pay more and will become less competitive.

An Australian Farm Institute study provides a comprehensive review of what is currently known about the amount and location of Australian agricultural land, the rate of land use change occurring, and how governments make decisions both in Australia and internationally. Whether or not there will be sufficient good quality land available for agriculture in the future has not been a high priority issue for most of the past two hundred years. 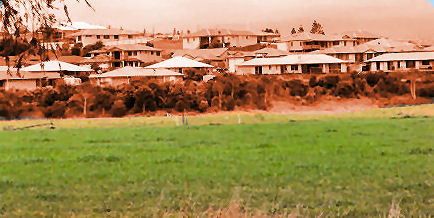 Does Australia need a national policy to preserve agricultural land?

Obviously we do! This is a question being asked by the Australian Farm Institute

The rate of land use is changing, and it's important how governments make decisions both in Australia and internationally. Australia has the sixth largest land area and the lowest population density of almost any nation on earth, so the question of whether or not there will be sufficient good quality land available for agriculture in the future has not been a high priority issue for most of the past two hundred years. It's assumed that land is an infinite resource.

Obviously property development is more lucrative than horticulture, and their lobbyists are far more cash-up and powerful. Food security is not high on politicians' priority list.

According to the research report, Australia is being too reckless with its best agricultural land, and future generations might regret decisions that are currently being made about the future use of that land. With urban sprawl, mining, CSG and environmental demands taking more and more land, and foreign investors also purchasing significant areas, it is legitimate to ask whether Australia can realistically plan to become the future "food bowl of Asia". It's also legitimate to ask if our government's drive for perpetual economic growth be justified if it means we pay higher prices for imported food, something that may diminish in future years with global population reaches 9 billion.

While Australia appears to have plenty of land, in reality only about 3% is actually suitable for cropping, and even less of this is considered to be prime agricultural land. Low or high Population density and population size can't be compared to the nations in Europe of Asia with fertile soils, high rainfall and high human "carrying capacity".

The report concludes that Australia currently lacks a consistent and comprehensive understanding of where this land is located, or how much of it is being diverted from agriculture each year.

Australia is now a net importer of horticultural products, whereas it was a net exporter only a few years ago. Wheat, dairy, fishing and sugar production are all down from their previous peaks.

Earlier detailed research by researcher Dr McGovern, lecturer in the Queensland University of Technology’s school of economics and finance, found that Australia exports only around 25 per cent of its agricultural product at second-stage production, not 80 per cent as has often been supposed.

There's a great international market opportunity for a four-fold increase in food production in Australia, but there's no explanation on just this magnificent feat is going to be achieved, especially if climate change scientists are correct. A free-market economy has no parameters for the limitations of Nature, and that the security of domestic food supplies must be a priority over exports.

Once high immigration - the driver of our population growth - created jobs and an economy of scale, now our population growth is threatening our local fresh food supplies, and it must be slashed. We can't rely on imported food as global overpopulation will mean countries will need the food for their own populations. Food is more important than a "healthy" GDP!

Property development and real estate is obviously more lucrative than growing vegetables. It's about short-term profits and cash flows than real planning. What's the use of economic growth - a pseudonym now for population growth - without food security?

We must stabilize our numbers or we will be no better off than bacteria in a petri dish, bemoaning the lack of room for growth, knowing our final demise but being trapped by a leadership vacuum on population and its implications for food security.

The remarks made by prominent Australian businessman and environmentalist, Dick Smith that in 100 years time people in Australia will be starving to death is not implausible.

See also: The Groundwater Footprint: The Privatisation of the World's Water Resources of 16 August 2012.