"I am highly concerned that residents’ rights are being eroded progressively and quietly by the State government through these Planning Reforms under the veil and distraction of a COVID emergency." (Kate Hely, Mayor of Stonnington.) The Toorak Residents' Group emailed the Malvern East Group material including the comments below, which are from the Mayor of Stonnington, Kate Hely, who, with a number of Mayors, had asked for a meeting with Minister Wynne to discuss the recent Planning Scheme Amendments. Minister Wynne chose not to meet with them. He sent one of his staff instead and the Mayors were NOT pleased. It is thought that he won't meet with the MAV either and that organisation is not pleased either. Mr. Wynne's disdain for local communities is well known.

"The State is looking to introduce a new Planning Reform that could lead to further removal of the community’s ability to shape local planning decisions; reforms that could remove your ability to meaningfully object to a development next door or down the road; and that could ignore the desire of our communities and the commitment of our councils to build neighbourhoods to be proud of.

I am highly concerned that residents’ rights are being eroded progressively and quietly by the State government through these Planning Reforms under the veil and distraction of a COVID emergency."

I recently led a group of 10 metro mayors who together represented 1.4 million people and 12,000 planning decisions a year to politely discuss our concerns about potential reforms with the Minister for Planning, and yet we were only deemed worthy of meeting his advisor.
We overtly asked to be involved in forming reform decisions but were essentially dismissed.

This week I heard that the President of the MAV (Municipal Association of Victoria - the peak body for all 79 Victorian councils) had not even been able to get a meeting with the Minister to discuss the concerns of our sector. So councils have been proactively trying to cooperate and work with the State on these reforms, and yet the door remains shut to us.

Compounding this sense of alarm, Council officers have been asked to sign non-disclosure agreements with DWELP (The Department of Environment, Land, Water and Planning - which is the State Government department in charge of planning) such that they cannot share information about the proposed Planning Reforms with the community elected councillors.

….. They are attempting to block the ability for democratically elected community representatives to know about or feed into what will dramatically impact our community, villages, streets and neighbourhoods! Alarm bells should be going off!

I have not been given any detail about these reforms. There is a discussion that they could speed up the planning process. But is that by simply removing the voice of our community? There is discussion that the reforms will help to stimulate a post-COVID recovery. But are quick builds more important than long-term neighbourhood character and due consideration of context?

This is not democracy in action. It is more like democracy being locked out of the room.
And it all might happen before Christmas. However, we don't really know because they will not share with locally elected representatives what’s behind the ‘secret planning reform’ door.

Stonnington Council has goals and plans for how we want to preserve and enhance our neighbourhoods, villages and streets. We have educated and sophisticated residents that expect to be able to have a voice in what happens in their neighbourhoods and streets. We have residents who expect their Council to advocate on their behalf. I am highly concerned about these reforms - and our community should be too." 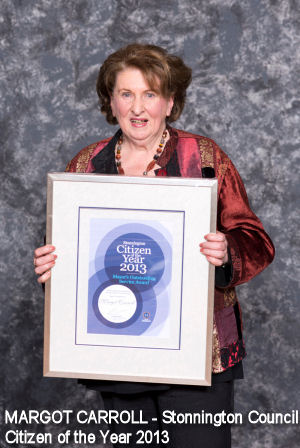 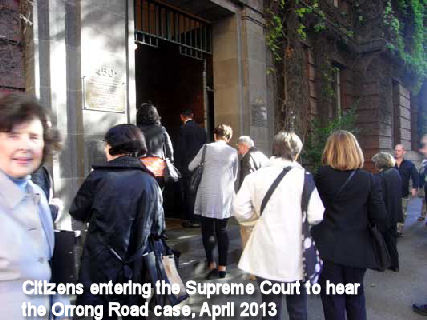 “It is considered that VCAT failed to give due regard to significant community input and has made a decision that is not supported by the local community or Council." (Councillor Chandler). 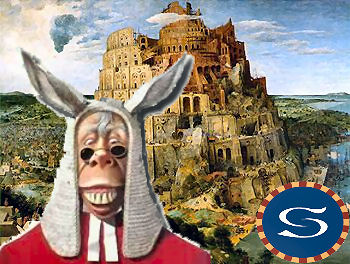 Stonnington Council will appeal the recent VCAT decision on 590 Orrong Road, at the Supreme Court, based on an ‘error of law’.

The Victorian Administrative Appeals Tribunal (VCAT) had ruled in favour of Lend Lease, in July, granting a permit for a major, controversial development at 590 Orrong Road and 4 Osment Street, Armadale, which drew significant community objection.


“Council’s focus on appealing the VCAT decision is based on legal advice that there is an ‘error of law’ to be pursued, which presents the potential for a different decision to have been reached.

“The legal opinion considers that an error of law could be established, principally based on the tribunal’s express statement that “the number of objections to the proposed development was an irrelevant consideration.”


“It is considered that VCAT failed to give due regard to significant community input and has made a decision that is not supported by the local community or Council. In Council’s view, the decision reflects a lack of consideration of neighbourhood character or respect for local community concerns around appropriate development.

“Council remains committed to seeking an appropriate planning outcome for the site.”

Documentation was lodged on Monday 6 August for Stonnington Council to be granted leave to appeal to the Supreme Court.