According to the Department of Immigration and Citizenship, at 30 June 2010, an estimated 566 815 New Zealand citizens were present in Australia. Total departures to Australia were a record 53,900 departures, offset by14,000 arrivals from Australia.
Already there are unlimited temporary sponsored working visas to Australia. These "temporary" workers are then allowed, after 4 years, to apply for PR. New Zealanders can enter Australia unlimited. Business-savvy migrants with at least $5 million to invest in Australia can apply for new investor visas from November. 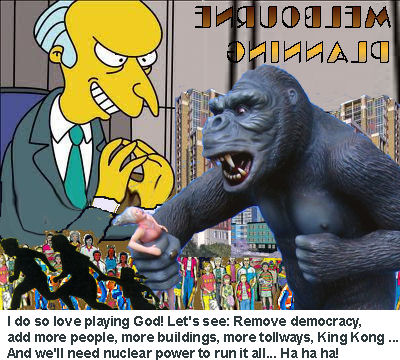 Under various arrangements since the 1920s, there has been a free flow of people between Australia and New Zealand.

The 1973 Trans-Tasman Travel Arrangement has allowed Australian and New Zealand citizens to enter each other's country to visit, live and work, without the need to apply for authority to enter the other country.

According to the Department of Immigration and Citizenship, at 30 June 2010, an estimated 566 815 New Zealand citizens were present in Australia.

Cr Hayes, who is deputy mayor of Bayside Council, said more than 50,000 New Zealanders moved to Australia during the past year.
He said the deal that allows unlimited trans-Tasman migration should be abolished.

Total departures to Australia were a record 53,900 departures, offset by14,000 arrivals from Australia. In both directions, most migrants were Kiwis. They seek higher wages and a better standard of living, thus creating a political issue for the National government, which vowed to reverse the trend.

From the data gathered the findings suggest that the Amendment to the TransTasman Travel Agreement has had a number of negative impacts on the Pacific Islander and Maori population in South East Queensland. The younger generation experience barriers to education, which constrains employment opportunities and exacerbates social problems within families, communities and broader Australia.

Out of Reach, Out of Sight : Unequal Opportunities across the Tasman. Tove Andersson, Rebecca Latta, Jeremy Leonard and Jordan Stock . University of Queensland.

Already there are unlimited temporary sponsored working visas to Australia. These "temporary" workers are then allowed, after 4 years, to apply for PR. New Zealanders can enter Australia unlimited.

This 457 visa allows a business to employ someone from outside Australia in a skilled job in Australia. If you hold this visa, you can:
- work in Australia for up to four years
- bring your family with you (people who may not be skilled)
- travel in and out of Australia as often as you want

The 457 visa is Australia’s principal long-term working visa, and as such is the favoured means among Australian employers looking to bring on skilled offshore talent, or individuals who want to work temporarily in Australia.

The 457 visa program is demand driven and therefore uncapped (unlimited in the number of visas the government can approve) and the Department of Immigration and Citizenship (DIAC) "Centres of Excellence" who process these applications prioritise quick processing so that Australian businesses can access the skilled workers they need from overseas without delay through the visa process.

The skilled program includes points-tested, state-sponsored, business-sponsored and employer-sponsored migrants. The humanitarian program is likely to add another 14,000. These categories add to 204,000, which is the highest annual permanent entry level since World War Two.

This record-high intake will occur at the same time as the Labor Government is permitting employers to sponsor an unlimited number of temporary entry 457 visa holders.


The Government’s migration program is out-of-date. It is now part of the problem. The new circumstances require a smaller and better targeted intake, which delivers scarce skills to the industries and locations which really need them. The rest of the program should be culled until the current employment crisis is over.

With little industry in Australia, and heavy reliance on the now-peaked mining industries, wealth creation and revenue raising has resorted to actually poaching not only skilled from Asia and developing nations, but the wealthy too. It assumes that Australia has unlimited natural resources to plunder, and that any population pressures, infrastructure shortages and costs of living can simply be passed onto voters who will bear the brunt of this excessive welcome to Australia of unlimited numbers of foreigners.

Discussing of population has been (almost) successively squashed by political correctness, and any criticism of our immigration levels - mostly from Asia - is often unreasonably deemed "racist" and "xenophobic".

We face challenging times ahead, with a changing climate and managing natural resource depletions. Adding more people is a sign that those who have their bums on seats in our political power-houses have little appreciation of Nature, planetary threats, social justice issues, and the pressures on our social and environmental structures that are exacerbated by increasing populations.

Australia is being wrecked by an environmentally bankrupt administration. They imagine that Australia is no more than an Economy, and our economy can survive, despite a sterile and depleted environment, overwhelmed by concrete housing, urban sprawl and the multiple demands of growing human numbers.

Birrell and Heard conclude that the Labor government has acted on two assumptions. One is that the minerals boom will require a huge increase in skilled workers who must be drawn in part from migration. The other is that, as a consequence of the resources boom, the rest of the Australian economy will surge, generating a nation-wide shortage of skilled workers.

The first of these assumptions is correct, but not the second. DIAC’s skilled visas are structured on the assumption that there are nation-wide shortages of skilled workers and that employers everywhere should be allowed to sponsor 457s and permanent migrants in any skilled occupation, industry or location in Australia. As a result most of the migrants in the record-high intake planned will end up in East coast cities, particularly Sydney and Melbourne. They will add to the stresses of Australian workers struggling to find work in a weak labour market.

Business-savvy migrants with at least Got $5 million? Here's a visa - The Age can apply for new investor visas from November. The investment visas were announced in May and Immigration Minister Chris Bowen released what the conditions were on Wednesday.

People can submit expressions of interest through SkillSelect from November 24.

Australia seen as a refuge in a troubled world

The Australian Department of Immigration and Citizenship (DIAC) is uncovering record numbers of fraudulent weddings and spouse claims being made by visa cheats in order to gain Australian citizenship.

The Herald Sun recently reported details of DIAC's efforts to find and act upon the fraudulent claims:
Immigration report reveals Former foreign students switched visas in a bid to stay in Australia

More than 1300 overseas-born partners have been sent packing in the past four years after their relationships with Australian residents and citizens were exposed as lies - 406, or eight a week, in the past year alone.

Given the increasing value of an Australian visa in a troubled world and the massive interest in coming to Australia it is high time that we raised the bar, Monash University immigration expert Bob Birrell said.

Australia is assumed to be a repository, a safe haven, and unlimited resource for jobs, housing, food, and immune from the world's increasing problems – caused largely by human overpopulation.