Independence of Queensland Liberal National Party Government Fraser Is. Dingo management policy review has been questioned by the SFID. Why is previous management involved in review of its own record? SFID believes there are a number of high-profile and more suitable ecologists in Australia with experience more directly relevant to dingo conservation who could and should have been recruited to the policy review. The history of dingo management on Fraser Island has been disgraceful. 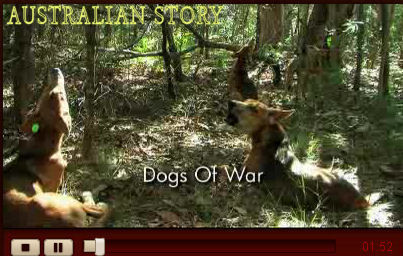 The Save the Fraser Island Dingo Incorporation (SFID) today expressed bewilderment and concern in its strong belief that the recently elected Queensland LNP government’s initiative to conduct a genuinely independent review of the failed Fraser Island Dingo Management Strategy already seems to have been compromised.

SFID has lobbied for years for an independent review of the current dingo management policy, which has been an ongoing disgrace and international embarrassment under the previous Bligh Labor government.

SFID’s concern relates to the engagement of two expert advisors to the dingo policy review process, who SFID strongly believes cannot be reasonably considered to be at ‘arms length’ in evaluating the current policy.

Contrary to the public commitment of the Queensland Minister for the Environment, the Hon. Andrew Powell, that the policy review would be rigorous and independent, the consultancy firm, EcoSure, hired by the Queensland government to conduct the review, engaged Dr Lee Allen as a keynote speaker for a public workshop, held at Maryborough on Friday 5 October as part of the review process.

Why is previous management leading review of its own record?

By no reasonable, commonly-accepted standard could Dr Allen be considered an independent participant. He has been acknowledged and thanked on several occasions during the term of the Beattie/Bligh Labor governments for his contribution to the Fraser Island Dingo Management Strategy or for input into research conducted as part of that strategy.

While not questioning Dr Allen’s expertise, his engagement as a keynote speaker at the public workshop, SFID believes, is a contradiction of the Minister’s commitment to a thoroughly independent review process. This belief is underscored by the fact that Dr Allen’s comments to the public workshop could be easily interpreted as an endorsement of the current policy, and thereby potentially influencing attendees whose opinions the workshop was designed to take into account.

It is also of concern that Dr Lee Allen’s son, Ben Allen, an expert in dingo ecology, has been engaged by EcoSure, to participate in the Fraser Island Dingo Management review. Again, there is no question concerning Ben Allen’s professional competency. The objection, rather, is that he would be in a potentially conflictual position in evaluating material gathered at the October 5th review workshop, and written submissions to the review, if involved in drafting EcoSure’s report to the Minister. If Ben Allen were to be involved in this part of the policy review, he would be charged with evaluating submission material critical of the current policy, and research conducted under the auspices of the current policy, that his own father has been associated with. Regardless of qualifications and experience, anyone in such circumstances could be placed in a position of conflict of interest. EcoSure should simply not have engaged someone with the possibility of being placed in a position of conflict of interest.

The consultancy firm, EcoSure, ought also be aware that Dr Lee Allen and Ben Allen have recently jointly published contentious material in a professional journal on the state dingo conservation research in Australia, which makes it clear that their views are substantially similar. It is of significant concern that the careers of Dr Lee Allen and Ben Allen have, we believe, been more focused upon dingo control than dingo conservation. This issue is central to the integrity of the review because one major criticism of the current Fraser Island dingo management policy is that it is being implemented as a de facto dingo control policy, rather than a conservation policy.

SFID calls upon the Minister and the Chair of the Fraser Island Dingo Management Strategy Review Steering Committee, Professor Possingham, to intervene to ensure that review submission material is evaluated objectively and that the Minister’s public commitment to a genuinely independent policy review process is upheld.