[Candobetter.net Editor 4 April 2018. Our attention has been drawn to the fact that the title of this article could make people think that candobetter.net is generally in agreement with Dr Yugovic on this matter. The fact is that we do not agree, but we have permitted him to put his argument here, in response to other articles that find that tree dieoff has many other causes. These articles can be found under the general topic of 'predator restauration>.]In response to Hans Brunner’s post, I note he does not actually quote me and if he reads my article ("Do ecosystems need top predators?" on the SPIFFA website and in the journal Indigenotes) carefully he will find there is no recommendation for more foxes, cats and dogs. The term ‘plague’ of possums is not mine and I use it in quotation marks in the article. It is a term I have heard locals use, and with some justification. 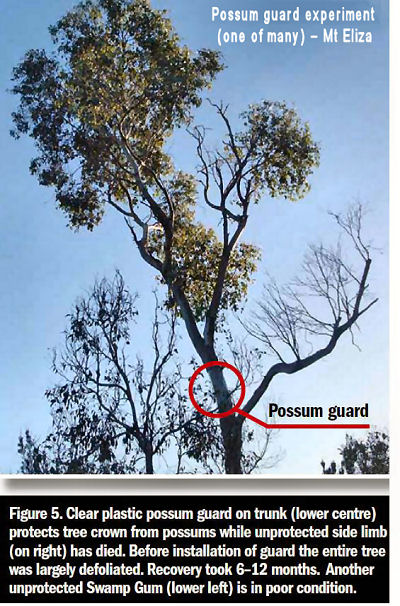 Possum induced tree decline is very real and is a very serious threat to indigenous trees on the Mornington Peninsula, with thousands of trees dead or dying in many locations. Just drive down Old Mornington Road, Walkers Road or Kunyung Road in Mount Eliza or visit Mount Martha Park to see for yourself, but you need to be able to identify indigenous eucalypts as the many planted non-indigenous eucalypts are generally not eaten by possums. I also attach further photographic evidence.

The evidence of possum damage is all too abundant and there are several consultant reports on this issue (see my article for some references). Mornington Peninsula Shire has an unreleased tree pathology report on tree decline on the Mornington Peninsula which says in relation to Mount Martha Park: 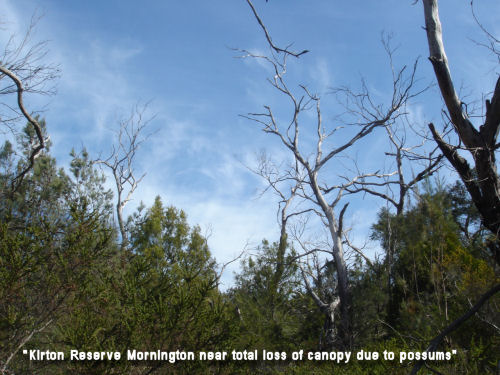 Diagnosis: The sparse crowns of the trees in plots appear to be indicative of browsing damage. Eucalyptus pauciflora appeared to be the main species affected. The probable cause of browsing animals is supported by the banded trees in one area of the park, which show significant crown recovery following the installation of the bands (Figure 20A). Prognosis: Continued unsustainable browsing will result in further defoliation and dieback and eventual death of trees in the Park. 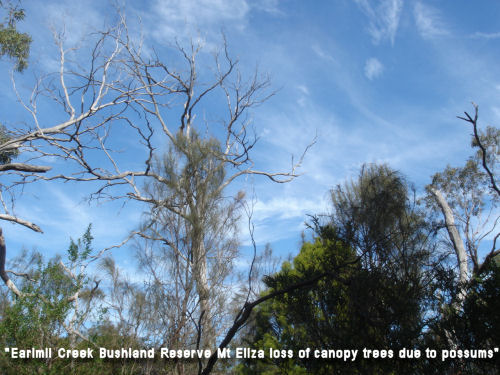 We need to recognise the problem of possum induced tree decline, and move on to analyse what is causing this imbalance and how it can be addressed, noting that the phenomenon was not reported by early Europeans when Victoria was in its original and natural condition and seems to have developed since European arrival.