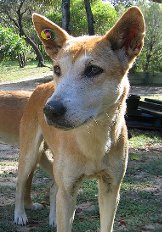 The President of the National Dingo Preservation and Recovery Program (NDPRP), Jennifer Parkhurst, labelled the Queensland government’s recently conducted review of the Fraser Island Dingo Management Strategy a bitter disappointment. They outcome of the policy review to be a whitewash, with very little being done in practice to shift the focus of the management strategy to dingo conservation.

‘The NDPRP believes that the review process was only superficially objective, being intended from the outset to gloss over the distorted priorities in the Island’s dingo management strategy, as well as years of deficient management practices by government authorities. These basic deficiencies of the previous policy have been largely covered over by the review process.’

It soon became apparent that the consultancy firm engaged by the Queensland government to conduct the policy review did not have sufficient in-house expertise to carry it out.

There were serious conflicts of interest. One expert had been involved in the development of the policy that was being reviewed, and the other expert, the son of the first, was put in a position of having to review criticisms of the management policy that his father had been involved with. This is hardly conducive to independent analysis!

1.The review continues to label emaciated dingoes as ‘naturally lean’. This is an insult to observations made by many people including veterinarians and animal welfare experts about emaciated dingoes. On the contrary, they are being starved!

2.Dingo ecology is being ignored, with little clear idea of overall dingo numbers, the numbers of breeding pairs, and the genetic health of the dingo population are currently not known with sufficient certainty.

3.The Coalition government’s spending priorities for the management of the Island’s dingo population are distorted. $300,000 will be spent on a VHF radio network expansion to improve ranger response times. What purpose will this serve? A further $84,000 is being spent on new ‘dingo safety’ signage. This is about administration, not dingoes!
Ironically, $50,000 is being spent to develop a science-based research project to ensure animal welfare issues are based on science. Why would this be necessary if the policy was science-based, as government authorities claim it to have been? This funding is an admission that the policy has not been adequately science based. What's been more of a priority is ensuring Fraser Island remains a "safe" haven for tourists, and tourist dollars!

4.The Strategy foreshadows ‘potential’ visits by vets and the ‘possibility’ of establishing a wildlife care facility, but no actual funding has been put aside for these vital conservation requirements. "Possible" and "potential" are not of substance, and will do nothing for establishing anything material, or health-wise, for the dingoes.

5. The new Strategy states that only animals weighing 10 kilos or more will be tagged, but this would still include pups. Save Fraser Island Dingoes (SFID) and NDPRP have been lobbying for dingoes not to be tagged until they are 12 months old.

6. Any dingo "anticipated" to be a problem will be tagged! SFID and NDPRP continue to believe that dingo behaviour has been systematically misunderstood by rangers, having been subjective and inconsistent. For example, a dingo that exhibits a play-bow is labelled by one ranger as ‘playing’ and another as ‘dominance testing’.

The cessation of hazing has been noted by locals and tour operators as a very positive change for the dingoes. However, this has only been suspended pending further research.

The Fraser Island Management Strategy review is that it has turned a blind eye to the gross cruelty inflicted on a dingo in 2011, which had been trapped by management staff as part of radio collaring research. Cruelty has breached the law on more than one count, including a failure to put in place proper ethical approval for the research, and that the incident should be investigated by the government with a view to litigation of the government staff responsible. To date, this legal notification appears to have been ignored.

Jennifer Parkhurst stated that:
‘It should be of concern to all Queenslanders that the Coalition government seems willing to push serious breaches of animal welfare law by government agencies under the rug. The NDPRP intends pursuing these cruelty infringements in the courts. However, it would be preferable if the government dealt with these illegalities in a publically transparent manner. Unfortunately, that the policy review ignored this instance of serious mismanagement is consistent with broader deficiencies of the review process. ’