The onerous charges inflicted on citizens attempting to access rights to control over their local environment and government are increasingly medieval. With the Judiciary now almost uniquely serving the corporate sector, one gets the sense that developers truly think they are Lords and that the state government thinks it is a King, and that both see the suburbs as their frontiers and their inhabitants as some insignificant race of beings. It seems clear that capitalism, as practised in Australia, is antithetical to democracy. It is clear that VCAT supports government policy of growth at all costs and that citizens are paying most of those costs, but not getting justice in return. 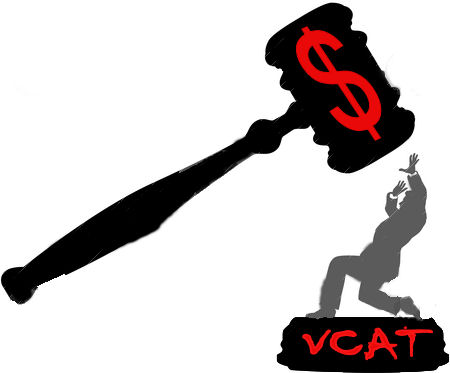 From the Macedon Ranges Christine's description of VCAT charges on citizens evoke Charles I's star chamber. She says that there is a case in the area, initiated by objectors against a council approval, which was lodged before the changes on 1 July.

The objectors are a group, and another individual (i.e. there are two formal ‘objectors’).

The group asked for 3 hours. They have just been told it is a 5 day hearing, with the developer asking for 21 hours.

The objectors have to pay $2,000 in daily hearing fees for this (split between objectors), on top of lodgement fees.

They have to pay every day before the hearing day because if they pay in advance, and the hearing is deferred or cancelled, they lose their ‘hearing day’ money.

The developer apparently pays nothing.

How VCAT was meant to function:

When Justice Bell first took up the position of President of VCAT he said:

“Local government is the primary decision-maker and we are truly a review tribunal, that’s our statutory purpose.”

“I would be disturbed if it were true
that we had become a default state
planning tribunal; if , for example,
the power of amendment we have is
being abused by developers such
that they are not presenting their
true case to council and are
saving it for VCAT.”