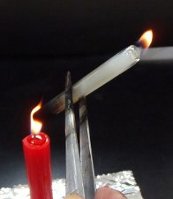 Burning the candle at both ends
Today there is a ‘Silent Crisis’ in our midst. The crisis, still largely unrecognised, is potentially greater than all the other problems that transfix our policy makers.

For many decades now there has been a wilful blindness in recognising that relentless human population growth is one of the pre-eminent problems we face. A problem that is driving the astonishing growth of fossil fuel use and its depletion, climate warming, bio-diversity loss, the growing shortage of fresh water to meet human needs - and as a consequence of these changes - the prospect that agriculture will be unable to produce enough food to feed us.

Our children our facing a hugely challenging future. We are already feeling the changes – declining real wages, soaring commodity and energy prices, growing infra-structure pressures and overcrowding, driven by unsustainable population growth. Add to this a now faltering global economy based on the impossibility of endless growth and debt, with politicians throwing billions in taxpayers' money around to feed ‘business as usual’. This will need to be radically rethought to keep our complex society functioning.

In most countries today existing populations are not living environmentally sustainably, yet even if the UN’s assumption of birth-rate decline in developing countries happens, global population will rise to over 9.6 billion by 2050. Less reported is that if current birth rates persist, the United Nations Population Division warned in October 2011, that the world's population could more than double to over 15 billion in the lifetime of many people alive today.

In Africa, the UN admits that it won’t meet key Millennium Development Goals. Many countries in Africa already have massive unemployment and not enough food. How will they provide all the schools, jobs, hospitals and food to sustain populations that are set to more than double and in some cases triple in size in less than 40 years?

Governments will be struggling with millions of unemployed and hungry people attracted to violence and extremism. Look at the problems already in our news in countries like Haiti, Pakistan, Somalia, Mali, Yemen, Egypt and Afghanistan – all countries on food aid, with exploding populations and increasingly scarce resources, who export surplus people to North America, Europe and Australia – yet population growth is barely mentioned!

A huge problem is most alternative energy sources are poor net energy performers.

Professor John Beddington, former UK Chief Scientist, warned in March 2009 that: “Our food reserves are at a 50-year low, but by 2030 we need to be producing 50% more food, we will need 50% more energy, and 30% more fresh water. They are dramatic problems, and they are all intimately connected.”

You can try reducing consumption all you want, but when you keep adding 100 million and another 100 million, you simply drive every human to a lower and lower standard of living. You cannot escape that reality.

Saving the planet and greenwash

Most environmental organisations tell us that ‘if only we each reduced our environmental demand, population growth would not be a problem’. But our economic system based on growth is driving us in the opposite direction. Even if all the efficiency and renewable alternatives could be implemented the savings would be quickly wasted if populations continue to grow.

Demographic impacts were discussed sensibly back in the 1970s but since then a combination of political blindness and political correctness, an alliance of ill-informed religious dogmatists and an economic doctrine of 'out with limits', has undermined common sense and political backbone.

Climate change is heard, but many people, not least politicians, are in profound ignorance of the huge challenges we now face, nearly all linked to the relentless rise in human numbers and diminishing resources. Aiding and abetting this is a celebrity and sport obsessed media that cheers endless growth to prosperity and drowns out wider coverage on key issues impacting on our future.

Why would we think it better to create energy shortages, resource shortages, lowered quality of life, a housing crisis, lowered standard of living, more air pollution, grid-locked traffic, bio-diversity loss, and many more calamities caused by ever increasing population pressures?

If governments won’t talk population, then they are not serious about cutting emissions, managing the water supply, managing food supplies, and a secure quality of life for our people.

It is not a question of ‘either or’ and who needs to act. We are in this together. Rich nations are consuming too much and populations continue to rise. Legitimate aspirations to raise living standards in high population countries like China and India are consuming ever-more resources. In many developing countries with acute water and food shortages, populations are projected to double or triple in size within 40 years – driving social unrest and migration on a massive scale.

There are several key challenges we have to talk about and face. In particular, ensuring development aid from donor countries delivers fully accessible and properly funded reproductive health care for all, along with equal access to education for girls and women. In many countries there are still barriers to this. We also have to start incentivising welfare systems to encourage fewer births rather than more and aim for balanced migration.

Some people believe they have a right to have as many children as they want, whether they can look after them or not and fail to understand or just ignore the consequences of growing populations. Many commentators wilfully promote an ever-larger population in the name of freedom of choice and growth. There will be precious little choice left if we go on multiplying with no thought for the future.

Others claim their religion for actions that impact on others: Have large families "in the name of God" ; Over-consuming resources? "God will provide” - so we don't need to think about the consequences; and when the day of reckoning and collapse arrives - "It is God's will" – an opt-out from moral responsibility.

We have higher intellect to understand the consequences of our actions. Do we plan for a secure and better life or do we carry on blindly toward a minefield of lethal limits?

Rights come with responsibilities. Society has a right to expect its citizens to act in ways that do not endanger others. We still have a choice. The world badly needs a grown-up, rational discussion on population - without blame, abuse and hysteria.

Our children will not thank us for being driven to an abyss.