(This Article is adapted from Pimping USA, originally published on the Keiser Report on 16 Jan 2014. Artcle includes embedded YouTube video.)
We discuss the pimps from the Pacific Northwest of America who claim to have no idea just how dangerous their products are to innocent bystanders – like the backdoors in Skype which are dangerous weapons against Constitutional rights or the holes in the internet which leave it vulnerable to malware that turns users into bitcoin slaves. In the second half, Max interviews Arjen Kamphuis about tinfoil as the new black and intelligence agency click fraud as the new payment system for co-operation with corporate and industrial espionage. 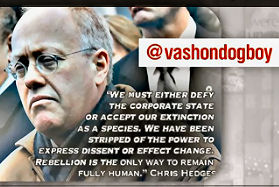 One way to reduce your vulnerability to NSA snoops is to ditch Micro$oft in favour of the free, superior and user-friendly Linux open source Operating Sytem. Currently Linux Mint is the most popular distribution. Other Linux distributions are found on Distrowatch. The amount of expertise needed to install a typical Linux distribution is much less than what is needed to Install Windows. Only past familiarity with Micro$oft Windows give many the mistaken impression that Linux must be harder to use than Micro$oft.
Much of the free open source software used in the Linux Operating System is first built at Source Forge.