Will our sovereign rights be signed away with the Trans-Pacific Partnership (the TPP) Agreement? Matthew Mitchell examines the likelihood in this article. Originally posted on the Australian Independent Media Network 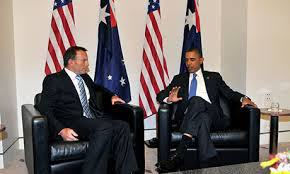 Currently our government is negotiating the TPP with America (and other nations) in a secret process. This process and many proposed elements of the agreement have been universally condemned by civil society. In particular the Investor-State Dispute Settlement (ISDS) system, which the Abbott government has indicated it may accept. The ISDS has been protested against by over 30 civil society organisations in Australia (in a letter published by AFTINET) and also by judges, lawyers and academics globally (in an open letter) arguing that it:

“threatens to undermine the justice systems in our various countries”

“the increasing use of this mechanism to skirt domestic court systems and the structural problems inherent in the arbitral regime are corrosive of the rule of law and fairness.”

In fact, if agreed to, the ISDS would effectively sell out our sovereignty over our nation as described in the Huffington Post:

“From leaked drafts, terms of the Trans-Pacific deal have come under fire for proposing to grant corporations the political power to directly challenge government regulations in international court. This sovereignty issue has long been a sticking point for both conservatives and progressive members of Congress, as the right to challenge government rules had been restricted to sovereign nations under World Trade Organization pacts and other deals.”

How is it that a government of a democratic country with a constitution can consign its populations to a system of law that sits above the country’s own constitution and legal system? Effectively signing away the democratic and constitutional protections that people thought they had, and believed could only be changed by referendum?

The answer is: Through treaties. And, as I will argue, this is a fault (or loophole) in our current constitution.

The Productivity Commission’s 2010 Trade Report explains the process of joining treaties. The report indicates that an agreement is signed before being tabled in Parliament with the approval of Cabinet (Chapter 15, p 298):

“The power to enter into treaties is an executive power within Section 61 of the Australian Constitution and accordingly, is the formal responsibility of the Executive rather than the Parliament”.

But even though Cabinet has approved the Prime Minister to sign the treaty, Australia is not formally committed until the implementing legislation is passed as is explained in the report: “However, the power to implement treaties is a legislative power, conferred on the parliament by section 51(xxix) of the Constitution.”

This same process is described by DFAT as follows (bold emphasis my own):

“Once the parties agree on the final text of the TPP Agreement, the Government will make the agreement available publicly and open to scrutiny before the Parliament considers passing it into law.

After Ministers table the final TPP text in the Parliament, the Parliament’s Joint Standing Committee on Treaties will coordinate a public review of the agreement.

The Committee can then invite submissions and evidence at public hearings, to help determine whether it should recommend to Parliament that the TPP be ratified.”

Thus once the required implementing legislation is passed by Parliament, the treaty is ratified and comes into effect. There are two important catches here. These are explained by AFTINET and I will include AFTINET’s explanations below (bold emphasis my own):

“The Trade Minister presents the text to the Cabinet, which is made up of the Prime Minister and other Cabinet Ministers. The decision to sign the text is made by Cabinet, not the whole Parliament.

The text cannot be changed after it is signed.”

“Parliament only votes on the implementing legislation, not on the whole text of the agreement. The Trans-Pacific Partnership (TPP), for example, has 29 chapters and only a few of these will require changes to legislation.”

“However, many other chapters will restrict the ways in which current and future Australian governments can legislate, but will not require legislation. For example, the inclusion of the right of foreign investors to sue governments over domestic legislation (investor-state dispute settlement or ISDS) does not require a change to Australian legislation. Other changes, like changes to the Pharmaceutical Benefits Scheme, could be done by changing regulation rather than through legislation.

In other words, Parliament may never see, or vote on, the Investor-state Dispute Settlement system. And perhaps there are many other nasties hidden in the agreement that Parliament will never see or debate. Just a fraction of the treaty will pass through Parliament, but once that happens all the others aspects come into play as commitments we will have made, including elements that may diminish, restrict or penalise the actions and powers of our own Parliament.

Now, this may not always be a bad thing. Australia has made a commitment to be part of the UN, and has signed UN treaties on human rights and other issues. These also give up elements of our sovereignty, requiring our government to meet certain international standards and obligations. There is of course, an important different in being held to account by a body run by other sovereign and (mostly) democratic nations rather than a tribunal convened, run and filled by corporate lawyers – such as the ISDS would require. But in relation to signing away sovereignty the two are similar. The main difference is that in one case our rights are protected, in the other they are weakened.

So how do we ensure that our sovereign rights are only signed away when it benefits citizens? In relation to this, perhaps keep in mind that constitutions are a mechanism to restrict the powers of governments (so as to protect the rights of the people governed). If we had a perfect constitution and government that completely represented the will of the majority of people, then perhaps no other protections would be needed. But the experience of the world is different, often governments do pass legislation that deprives people of their rights and of justice (and the TPP is perhaps an example of that). So what can be done to ensure that the only treaties that are signed are those that are approved by the people? I suggest that requires a change to our constitution. If governments are going to sign away our sovereignty at least let that depend on the result of a referendum. I would suggest that this would be appropriate following the signing (so that it clear what is agreed and proposed) during what is now the public review conducted by the Joint Standing Committee of Parliament.

Of course, even with the addition of a referendum, the success of this process would depend on the public having full and reliable information on what is being signed, and its implications. This requires a somewhat unbiased and open press, reaffirming the need for public broadcasters such as the Government owned ABC, and perhaps other alternatives also. Given our highly concentrated media ownership, access to unbiased information is an issue Australia needs to address, and perhaps a system of grants to support independent media (based on readership) may be something to be considered as an option here.