Amid all the talk by politicians and media about the imminent horror budget with cuts to many important services, Treasurer Joe Hockey fails to see the source of more than enough money to cover all these ‘holes’, according to Sustainable Population Australia (SPA). 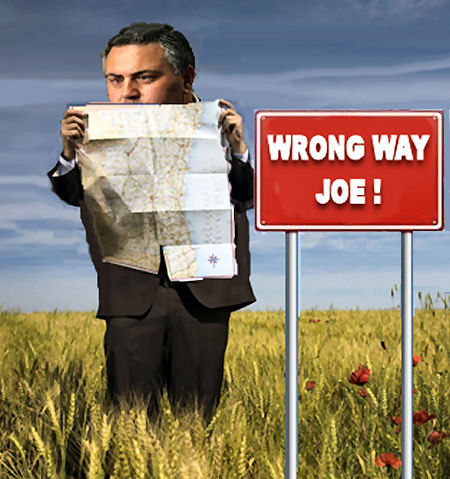 Cutting immigration significantly, and thus the population growth rate, would free billions of dollars that would otherwise be spent on infrastructure.

SPA National President, Ms Jenny Goldie, says estimates of the infrastructure costs of each new person added to the Australian population range between $200,000 and $300,000 per person, whether a new born baby or an immigrant.

“Thus, with population growing by over 400,000 annually, the additional cost in infrastructure is at least $80 billion, of which $48 billion is from net overseas migration,” says Ms Goldie. “This infrastructure cost is a cost borne by the existing population, either as economic benefits foregone or as deterioration in infrastructure services.

Michael Reddell of the Reserve Bank of New Zealand wrote this week that ‘Internationally, there is no evidence over the last century that countries with faster population growth, or greater inward migration, have achieved faster income or productivity growth than other countries…’

“The Productivity Commission has already shown that Australia’s very high immigration levels add nothing to the welfare of Australians,” says Ms Goldie.

“Australia now has the highest rate of population growth (1.8 per cent) of any OECD country. This adds 1.8 per cent every year to the cost of health and hospitals, schools, transport, pensions and other support benefits without any improvement in the quality of service.

“A very large reduction in the immigration intake would solve the problems the Treasurer sees in the Australian economy,” says Ms Goldie. “And the abolition of all inducements for families to have more children would also help. This is not to blame immigrants; it is to blame government, opposition and much of the media who all appear deliberately blind to this very large and unmanaged financial cost to the Australian community.”