This republished open letter calls for the teaching of economics to take the real world into account and become responsive to current needs, in the service of society, rather than promoting a single ideology. Republished from The International Student Initiative for Pluralism in Economics 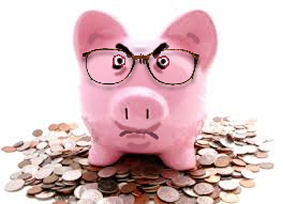 It is not only the world economy that is in crisis. The teaching of economics is in crisis too, and this crisis has consequences far beyond the university walls. What is taught shapes the minds of the next generation of policymakers, and therefore shapes the societies we live in. We, 42 associations of economics students from 19 different countries, believe it is time to reconsider the way economics is taught. We are dissatisfied with the dramatic narrowing of the curriculum that has taken place over the last couple of decades. This lack of intellectual diversity does not only restrain education and research. It limits our ability to contend with the multidimensional challenges of the 21st century - from financial stability, to food security and climate change. The real world should be brought back into the classroom, as well as debate and a pluralism of theories and methods. This will help renew the discipline and ultimately create a space in which solutions to society’s problems can be generated.

United across borders, we call for a change of course. We do not claim to have the perfect answer, but we have no doubt that economics students will profit from exposure to different perspectives and ideas. Pluralism could not only help to fertilize teaching and research and reinvigorate the discipline. Rather, pluralism carries the promise to bring economics back into the service of society. Three forms of pluralism must be at the core of curricula: theoretical, methodological and interdisciplinary.

Theoretical pluralism emphasizes the need to broaden the range of schools of thought represented in the curricula. It is not the particulars of any economic tradition we object to. Pluralism is not about choosing sides, but about encouraging intellectually rich debate and learning to critically contrast ideas. Where other disciplines embrace diversity and teach competing theories even when they are mutually incompatible, economics is often presented as a unified body of knowledge. Admittedly, the dominant tradition has internal variations. Yet, it is only one way of doing economics and of looking at the real world. This is unheard of in other fields; nobody would take seriously a degree program in psychology that focuses only on Freudianism, or a politics program that focuses only on state socialism. An inclusive and comprehensive economics education should promote balanced exposure to a variety of theoretical perspectives, from the commonly taught neoclassically-based approaches to the largely excluded classical, post-Keynesian, institutional, ecological, feminist, Marxist and Austrian traditions - among others. Most economics students graduate without ever encountering such diverse perspectives in the classroom.

Furthermore, it is essential that core curricula include courses that provide context and foster reflexive thinking about economics and its methods per se, including philosophy of economics and the theory of knowledge. Also, because theories cannot be fully understood independently of the historical context in which they were formulated, students should be systematically exposed to the history of economic thought and to the classical literature on economics as well as to economic history. Currently, such courses are either non-existent or marginalized to the fringes of economics curricula.

Methodological pluralism stresses the need to broaden the range of tools economists employ to grapple with economic questions. It is clear that maths and statistics are crucial to our discipline. But all too often students learn to master quantitative methods without ever discussing if and why they should be used, the choice of assumptions and the applicability of results. Also, there are important aspects of economics which cannot be understood using exclusively quantitative methods: sound economic inquiry requires that quantitative methods are complemented by methods used by other social sciences. For instance, the understanding of institutions and culture could be greatly enhanced if qualitative analysis was given more attention in economics curricula. Nevertheless, most economics students never take a single class in qualitative methods.

Finally, economics education should include interdisciplinary approaches and allow students to engage with other social sciences and the humanities. Economics is a social science; complex economic phenomena can seldom be understood if presented in a vacuum, removed from their sociological, political, and historical contexts. To properly discuss economic policy, students should understand the broader social impacts and moral implications of economic decisions.

While approaches to implementing such forms of pluralism will vary from place to place, general ideas for implementation might include:

Change will be difficult - it always is. But it is already happening. Indeed, students across the world have already started creating change step by step. We have filled lecture theatres in weekly lectures by invited speakers on topics not in the curriculum; we have organised reading groups, workshops, conferences; we have analysed current syllabuses and drafted alternative programs; we have started teaching ourselves and others the new courses we would like to be taught. We have founded university groups and built networks both nationally and internationally.

Change must come from many places. So now we invite you - students, economists, and non-economists - to join us and create the critical mass needed for change. See Support us to show your support and connect with our growing networks. Ultimately, pluralism in economics education is essential for healthy public debate. It is a matter of democracy.

Signed, the founding organizations of the International Student Initiative for Pluralism in Economics: