Sustainable Population Australia (SPA) today called on the Federal Government to undertake a complete review of immigration into Australia in light of claims of widespread rorting of the system.

This week, Dr Bob Birrell and Dr Ernest Healy from the Centre for Population and Urban Research at Monash University issued a report called Immigration and Unemployment. In it, they claimed that the Department Of Immigration and Citizenship (DIAC) had not only issued record number of student visas to people who may not be considered genuine students, but had granted permanent residency to large numbers of skilled migrant applicants who did not have the appropriate skills being claimed.

According to the report, large numbers of cooks and accountants are being issued visas despite there being plenty of local candidates. It called for a halting the recruitment of migrant workers whose occupations are in surplus in Australia or for which there are available resident candidates.

National President of SPA, Ms Jenny Goldie, says both Labor and Liberal Governments have been so focussed on stopping “boat people” they have allowed rorting to continue in the much larger skilled program.

“Related to this is the 12-year high unemployment rate of 6.4 per cent in July,” says Ms Goldie. “Birrell and Healy have revealed that since 2011, migrant workers have taken 380,000 of the 400,000 net jobs growth. Young Australians, in particular, are missing out on jobs with unemployment for 15-24-year-olds hitting 14.1 per cent

The report revealed that visas were issued to 7000 foreign accountants in 2012-13 despite 7200 domestic students completing bachelor or higher degrees in accounting in 2012. The Department of Employment declared there was “a more than adequate supply of accountants”.

“You would think that the respective Ministers for Employment and Immigration would confer occasionally on what was in the best interests of the country, but apparently not,” says Ms Goldie.

Immigration policy in Britain continues to reveal depths of incompetence, as Europe is under increasing pressure from illegal immigration. Government claims that they are tackling the issues will do little to reassure a worried public.

Migration has enriched many societies, but immigration and the growing cost to communities of accommodating large-scale inflows of people, in a now crowded world, raises many challenging questions. This is not a left or right issue or racist. It is about social and environmental sustainability. 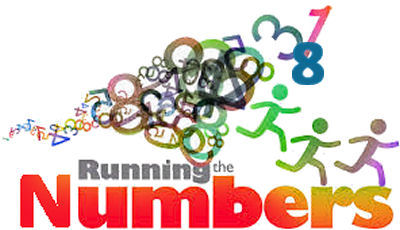 Over 22,000 illegal immigrants have arrived in southern Italy alone in the first three months of 2014. Many more have entered Greece and Spain. Well over 100,000 African immigrants landed in the Spanish Canary Islands trying to gain access to the EU in the last few years. The EU and the media attempt to cloud the picture by calling them ‘irregular’ migrants and ‘undocumented workers’, but the growing consequences of these pressures will have profound impacts.

In 2010 the European Union's population topped half a billion. Of the 1.4 million growth from the previous year, 900,000 resulted from legal immigration alone into the EU. according to Eurostat in July 2010.

The number of foreign nationals given UK passports has soared. By 2050 the Government Actuary’s Department estimates the UK’s population could rise to 90 million, 70 per cent of this due to inward migration - enough to fill a major conurbation the size of Birmingham every five years in what is already the most densely populated country in Europe. Add to this, illegal immigration.

We now face a massive increase in population as our economy is struggling. Is this a sustainable policy supported by the environmental lobby? Is this a future we would vote for? We need to know but are still not being asked.

Displaying a mixture of complacency and incompetence the UK Government first lost control of the immigration and asylum system and then tried to spin the idea that large-scale immigration was vital to our economic interests. Growing evidence has shown this to be profoundly misleading.

What matters, not least to those in already vulnerable communities, is how immigration increases the number of people who are entitled to claim on the economy and the huge impact on infrastructure, schools, health, housing and the environment. The fact that the extra population cancels out any real benefit to the resident population was repeatedly denied until exposed by an investigation published in April 2008 by the Economic Affairs Committee of the House of Lords.

In the last five years, with high unemployment in some member countries, net migration from the whole of the EU rose to about 36 per cent of total net migration into the UK, says MigrationWatch, so nearly two-thirds is still from outside the EU. The eurosceptic press ignores this. But there is much Europe could do.

Instability in North African countries has seen a big jump in illegals trying to get into Europe. National authorities in the EU apprehend more than 500,000 illegal migrants annually. In addition, there were 335,895 asylum claims in 2012, according to the EU Home Affairs Directorate.

Five amnesties have taken place in Italy since 1986, involving more than two million immigrants; four in Greece, four in Portugal since 1992 and three in Spain. These amnesties confirm that such strategies do not solve the long-term challenge of dealing with illegal migration.

Immigration has also had a major impact on Sweden and Norway, with their generous policies to would-be immigrants. Of nine million Swedes, roughly 1,080,000 are now foreign-born with around 900,000 children of immigrants. The city of Malmö’s population is almost 40 percent foreign, with high unemployment, social-welfare dependency and crime. Now the government wants to spread the burden, pushing other EU countries to take their share of this Swedish generosity.

Illegal migration into the EU from high-fertility countries that do not provide enough opportunities for their people presents a huge challenge. Lobby groups like the Refugee Council demand that Europe should just roll over and accommodate these continual pressures. Merely, negotiating how many each EU country should take.

Do the media and politicians seriously think that Europe can take in the populations of sub-Saharan Africa and beyond? When will the line be drawn? Most developed countries are already unsustainable in terms of resource use and the environment.

Using conflict situations to override border controls will only worsen this trend. This is a legitimate concern for millions of people, whatever their colour and background.

Once refugees and illegals are given leave to remain, most apply for citizenship and few go back to their country of origin. This can’t go on.

A global people-trafficking industry is running rings around the EU’s ‘human rights’ approach. The EU needs to send a clear message that illegals landing in Europe will simply be sent back to their county of origin within days, not be accommodated and then allowed to move around Europe.

Part of the problem is that EU countries don’t have repatriation agreements with many sender countries, but this could be remedied quite simply, as just about all the sender countries in Africa and many in Asia are recipients of generous Western aid. We need to tell them sign the agreement or aid will not be forthcoming.

Today, only Syria currently has an acute refugee crisis, but even here there is no need to give often large families permanent access to host countries, with follow up ‘family reunion’ leading to chain migration. They could simply be given temporary leave to remain while the situation settled and aid should primarily be targeted cost-benefit wise on refugee camps in neighboring countries

Some people applaud Australia’s immigration system. They fail to say that Australia is letting in more immigrants each year than the country’s total annual net increase in the resident population. This, in an arid continent with only six per cent of the country suitable as arable land.

Similarly in Canada, where much of the country is too barren to support people, the Government is letting in over 260,000 immigrants a year – over twice the country’s annual net increase in births - and wants it to reach 330,000. Nearly 80 per cent of immigration in Canada is now linked to large-scale family reunion and an asylum backlog rather than primary skilled migration.

In the USA there are believed to be over 12 million illegals in the country and half a million illegal entries into the United States each year. (Pew Hispanic Center).

Ironically, Poland opened its doors to workers from outside the EU in an attempt to ease labour shortages, as it finds itself short of skilled workers because they're flocking to Britain.

Well over a million young people are not in education, work or training in the UK. Yet the Government more than doubled the number of work permits to non-EU immigrants since 1997 - despite the unprecedented influx of migrants from Eastern Europe who do not need permits. British workers wages are being depressed for employer profit, while taxpayers pick up the cost of low-wage welfare payments.

In some London boroughs, which now have immigrant majority populations of over 50 per cent, the proportion of immigrant origin school children is far higher, with potential social implications for increasing alienation and parallel societies, in conflict over cultural values. Official figures show one in every four babies born in Britain in 2009 was to a migrant mother – the rate in England and Wales was one in three.

A report by MigrationWatch (UK) in October 2010 says more than half a million school places will be needed over the next five years to meet future demand. The cost of the 550,000 extra school places will reach £40 billion over the five-year period and rise to £100 billion between now and 2020.

The UK’s Local Government Association warned that “Councils find it difficult to provide services for growing populations that are not recognised by the official statistics and for which they, therefore, receive no financial help” Yet the Government says it is scrapping the 10-year Census to save money.

Even the Conservatives’ pre-2010 election plan to allow 20,000 asylum seekers plus their dependents to come to Britain each year is equivalent to building a town the size of Truro in Cornwall or Godalming in Surrey every year. This is still environmentally unsustainable in a country as densely populated as Britain.

Crime hits us all, not least in vulnerable communities. Research by the International Centre for Prison Studies shows the percentage of foreign nationals in prison in 2012/2013 was 12.8 per cent for England and Wales, 34 per cent in Italy, 31 per cent Spain, 30 per cent Sweden, 44 per cent Belgium, in Austria 49 per cent, Greece 63 per cent and Switzerland 74 per cent - putting huge strain on our prison systems.

These are things we must face in our efforts to tackle existing inequalities in our society, not bury them in the politics of denial. We need more than ‘band aid’ campaigns and must focus real political will on tackling global environmental loss, bloody turf wars and religious feuds, overpopulation and under-employment that leads to poverty and despair.

The safety valve of migration is part of our collective history, but large-scale migration now raises vital social, environmental and economic questions about where the world is going and how we deliver reform and a better life for people wherever they are born. Like most of the key problems of the 21st Century, time to find solutions is running out.