A spokesperson for the National Dingo Preservation and Recovery Program (NDPRP) today,Thursday, August 21st, 2014, expressed concern and disappointment that the Gympie Regional Council appears to have exercised no independence of thought in adopting a ‘Wild Dog’ control plan, which is ill-informed and based largely on prejudice. 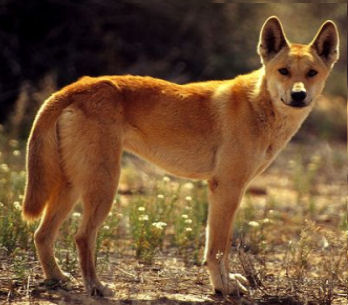 NDPRP Secretary, Dr Ernest Healy, stated that the NDPRP is disappointed that the Gympie Regional Council has adopted a ‘wild dog’ control plan with justifications that are either now shown by scientific research to be false or based on a selective, unbalanced consideration of the available scientific evidence. He said that, "In doing so, the Council is perpetuating a misguided and alarmist perspective on ‘wild dogs’, or dingoes, which ignores their importance for health of ecosystems."


"It is unfortunate that, in adopting the ‘wild dog’ control plan, the Council is taking an extremist position towards dingoes and dingo conservation. This controversy has arisen because of a growing body of environmental research, which highlights the importance of conserving dingo populations (and their hybrids) for environmental balance, on the one hand, and long-established anti-dingo or ‘wild-dog’ sentiment amongst elements of the pastoral industry, on the other hand, who deem the dingo to be a pest animal to be eradicated or, at least, controlled through lethal means at a landscape level. The legal status of the dingo across much of Australia still largely reflects this historically entrenched pest-animal perspective.

Dr Healy added that it is disappointing that the Gympie Regional Council has adopted a policy framework that obscures the fact that ‘wild dogs’ are native animals. They are dingoes. He said,


‘"A key consideration from a nature conservation point of view is the ecological function of dingo populations, even if they have undergone some degree of hybridisation. If the role played in the natural environment by hybridised populations is essentially the same as the pre-European dingo, then considerations of genetic purity become an unnecessary distraction."

According to the NDPRP, this approach is supported by the fact that much of the in-the-field research into the role of the dingo in maintaining ecological balance, as a top order predator, has been conducted with populations that were almost certainly hybridised to some degree. There is currently no convincing research to show that the levels of hybridisation that have occurred present a biodiversity risk within Australian ecosystems, as is suggested in the Council’s policy.

While always open to new findings of genuine scientific endeavour, the NDPRP considers that virtually the only environmental scientists in Australia who fundamentally contest the idea that dingo populations provide a net benefit to the health of Australian ecosystems are those closely aligned to, or supported by, the pastoral industry and who are therefore facing a serious conflict of interest.

‘‘The NDPRP encourages the Gympie Regional Council to follow the progressive lead of primary industries authorities in Victoria, where ‘wild dogs’, or dingoes, are recognised for their positive environmental role.’

‘‘We regard wild dogs/dingoes as Top Order Carnivores that all healthy ecosystems need, and we will make all attempts to ensure these animals are not targeted [by fox control programs].’ (Victorian Department of Environment and Primary Industries – Powerpoint Presentation, Southern Ark Project)