This is an article based on a complaint from the National Dingo Preservation and Recovery Program to the Australian Press Council about an Opinion article, “Marauding wild dog packs wreak havoc in outback Queensland pushing drought-plagued graziers to the wall” (Courier Mail (Queensland), December 06, 2014. Statements in the article are made which, by omission of key facts, and encouragement of prejudice, misrepresent the reasons for the decline in the sheep industry in Queensland. This misrepresentation by omission is used to manufacture an exaggerated account of the role of the dingo in the demise of the sheep grazing industry in that state. 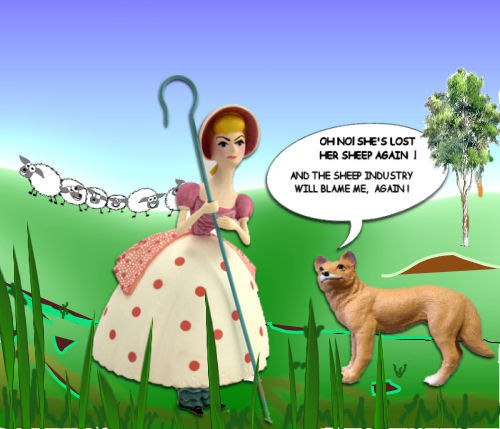 Such misleading statements include:

‘Dingo kills were the main reason landholders had switched to cattle.’

‘...wild dogs were largely responsible for the rapid decline in wool industry over two decades.’

Being an opinion piece, and as there is no attempt to balance these statements with any alternative perspective, the statements may be taken by any reasonable reader to also represent the views of the authoring journalist.

Further cursory investigation of the issue would have shown the statements to be either inaccurate or open to reasonable contestation. A recent authoritative account of the structural reasons behind the demise of the sheep grazing industry in Australia, and indeed the demise of sheep grazing globally, was published in the Australian Veterinary Journal, Volume 97 No. 12, 2014, pp. 461-462, entitled: ‘A comment on the influence of dingoes on the Australian sheep flock’, by Forsyth et al.

’The similar rate of decline in the sheep flocks of Australia and other sheep-producing nations suggests broader commodity issues influence the industry in Australia rather than just dingo predation. The five detailed reviews published on Australia’s sheep industry since 19905?9 all attribute Australia’s declining sheep flock to a long term decline in the real price paid for wool compared with other textiles, and to the high cost of growing and processing wool, reducing the profitability of wool growing relative to other agricultural products. A similar conclusion was reached for the cause of declining sheep flocks in New Zealand10 and the USA.2,4 Global demand for wool has been in long-term decline because it cannot compete on price or volume with synthetics and cotton.7 Hence, wool prices paid to farmers have declined substantially in real terms since 19502,5,7,11,12 and particularly after its reserve price scheme was phased out in the late 1980s.5,7 One review noted the importance of dingo predation on sheep in Australia during the 1800s,7 but none of the reviews mentioned dingo predation as a cause of the post-1990 decline in Australia’s sheep flock.’ (Forsyth et al. (2014)

As they stand, the above statements from The Courier Mail opinion piece are a violation of principle 3 under the criteria relating to Fairness and Balance within the Australian Press Council Statement of Principles, which states that factual material must be presented with ‘fairness and balance’, ‘and that writers’ expressions of opinion are not based on significantly inaccurate factual material or omission of key facts.’

The article is also remiss in perpetuating gross factual claims for which there is no sound evidence and which may indeed be empirically unverifiable. The claim of Mr Tully is cited without any serious scrutiny or suggestion that its accuracy may be in doubt: “On my reckoning dogs would have eaten more than seven million sheep”, over the past 20 years (presumably in Queensland). Although the figure of seven million is referred to as a ‘reckoning’ of Mr Tully’s, there is no suggestion by the journalist that it may be seriously in error, or implausible. Again, principle 3 is relevant.

The opinion piece includes a number of extraordinarily emotive statements which, together with inaccuracies of omission and fact, result in a piece of writing that is biased in the extreme, and which encourages the maintenance of a prejudicial attitude towards a native animal which a mounting body of evidence shows is essential for ecological balance within Australian ecosystems. No difficulty would be had in compiling an extensive list of authoritative, peer reviewed articles on the importance of dingoes within Australian ecosystems. Here, principle 6 is relevant, which advocates the need to’ Avoid causing or contributing materially to substantial offence, distress or prejudice...’ (my emphasis). Statements likely to encourage prejudice within the opinion piece include:

“Wild dog packs are on the march, and are organised in a kind of animal kingdom military formation.”

“The dogs are taking the life out of the west. They come in wave after wave ...”

Referring to the alleged experience of Mr Tully and his neighbours, the following statement is made:

“One 35kg killing machine brought down 30 sheep in a single night last week at Barcaldine in Queensland’s parched central west.”

Presumably the “35 kg killing machine” is shown in an accompanying photograph, which refers to a dingo which allegedly brought down 30 sheep in one night. 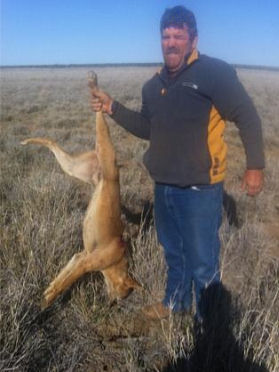 The caption of this photograph reads: “Gavin Durie with a wild dog which brought down 30 sheep in a single night.”

From some years experience in owning and breeding dingoes, the dingo depicted in this photograph is a mature, healthy male, which would weigh no more than approximately 25 kilograms – an average weight for a healthy adult wild male. The claim relating to a 35 kilogram ‘killing machine’ is inaccurate, misleading and likely to encourage prejudice against an environmentally significant native animal (principles 3 and 6).

The lack of balance, omission of key facts, and unsubstantiated claims of the article undermine informed efforts towards conservation of the dingo as a keystone species within Australian ecosystems – an activity which the National dingo Preservation and Recovery Program is closely involved with. A large part of the difficulty in advocating dingo conservation is overcoming entrenched prejudice and ill-informed attitudes towards the dingo in some rural areas.