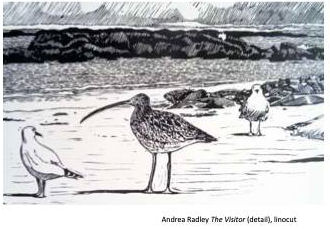 Thank you to sponsors Corangamite Shire and Coastcare Victoria, "Caring for our country" 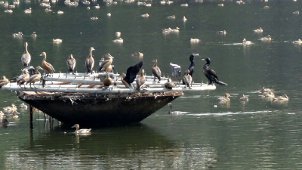 The epic migration of shorebirds from Australia to their Arctic breeding grounds is said to be in imminent danger of collapse.
Birds are disappearing by the tens of thousands on their globe-spanning flights, mainly because of the loss of all-important "refuelling" habitat, scientists warn.
Around 36 Australian bird species use the East Asian-Australasian Flyway for the mass migration which sends them north to food-rich Arctic summer nesting habitat, then south to capitalise on the austral summer.
This article is reprinted from the Australian Wildlife Protection Council website

Great Shorebird Migration is under threat

Over just 25 years of #10;http://www.birdlife.org.au/projects/shorebirds-2020/research-and-shorebird-conservation">monitoring migratory shorbirds in Australia some species such as the Curlew Sandpiper have decreased by 50-80%. In 2007 alone up to 150,000 shorebirds went missing as a result of destruction of a single tidal ecosystem in the Yellow Sea. Here, the most pressing threat is the fast pace of coastal land reclamation (defined as conversion of natural wetland into dry land and artificial wetland by mechanical means). It requires international cooperation to maintain the habitats from Siberia to Australia that they rely on to survive. 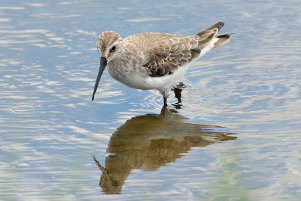 Our largest shorebird, the Eastern Curlew, has seen a population crash of almost 50 per cent in the same period, since the 1980s.

Threats to the Yellow Sea ecosystem are many. The presence of 10% of the world's human population in the basins that drain into the Sea is leading to significant habitat loss and degradation, serious pollution problems and unsustainable use of natural resources. The deadliest threat of course is human population growth, causing massive species extinctions!

Yet Australia is doing very little at home and abroad to stop their slide towards extinction. Millions of migratory birds that fly tens of thousands of kilometres between their homes in Australia and Siberia are facing annihilation as development destroys the vital feeding grounds they rely on during their epic journeys, a Deakin University avian expert has warned. "Some fly as many as 10,000km non-stop in an incredible feat of endurance and some wing vast distances over a lifetime equivalent to flying to the moon.'' says researcher and Director of Deakin University's Centre for Integrative Ecology Professor Marcel Klaassen.

Professor Klaassen said the birds were being threatened by massive development, particularly around the Yellow Sea and on tidal flats and wetlands they have traditionally relied on for food to refuel for their fantastic, long flights.

Australia participates in important agreements, including bilateral migratory bird agreements with Japan (JAMBA), China (CAMBA) and the Republic of Korea (ROKAMBA), the Convention on the Conservation of Migratory Species of Wild Animals (Bonn Convention), the Ramsar Convention on Welands, the Agreement on the Conservation of Albatrosses and Petrels (ACAP), and through the East Asian - Australasian Flyway Partnership.

Wetland habitat loss and degradation is a significant threat to migratory waterbirds, and the conservation of important sites both within Australia and along their migration routes is essential to their survival. Many pressures are contributing to this degradation, of which population growth and associated coastal development are of particular concern.

The Federal Government has now released a new draft Wildlife Conservation Plan for Migratory Shorebirds (WCP). According to Birdlife Australia, it has some major flaws:

It's too late now for public comments on the draft plan. The previous Wildlife Conservation Plan for Migratory Shorebirds came into effect in February 2006, and was the first wildlife conservation plan developed under the Act. This Plan must be reviewed every five years.

However, according to #10;http://birdlife.org.au/sos-save-our-shorebirds">BirdLife Australia:

-It makes no commitment to zero net loss of important habitat. This is unacceptable; it means that the Government will still allow important shorebird habit to be developed or degraded without adequate compensation (if and where this is even possible).

-It fails to take into account cumulative losses – i.e. the collective impacts of multiple threats to our shorebirds. We don’t even have a register of what is being lost.

It ignores the urgent need for updated migratory population estimates -and identification of important sites. Decisions are not based on accurate information.

-It will not sufficiently increase international cooperation to protect migratory shorebird habitat. Existing international efforts have been inadequate in addressing the rapid destruction of critical staging areas like the Yellow Sea.

These “major flaws” surely is surely an understatement! There's no limits to developments, a register of loss habitats, identification of important sites, and not enough international cooperation. It's easy to have these “Conservation Plans” but they are no more than empty words unless there are actual plans to implement! 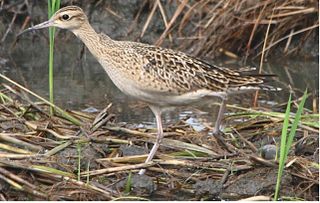