The Abbott government's $111 million budget cut to the CSIRO will mean job losses for 489 researchers and support staff by mid-next year. It's a lobotomy of Australia's intellect, and a savage pruning of our nation's ability to be a developed, knowledge-based economy. First the Abbott government removed the title of science minister (the first time it has occurred in 80 years) and folds it into the portfolio of Industry Minister Ian Macfarlane, 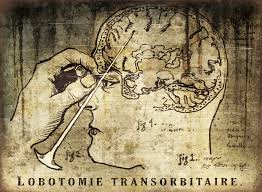 Incoming CSIRO chief executive Larry Marshall's claim that the organisation had "weathered a sea change in funding" is a mild understatement! "Change" is not always positive, desirable, inevitable or something that should be endured.

The CSIRO has "cut into the bone" to implement successive government funding cuts and further cuts will risk its ability to carry out ground-breaking research, according to its chairman and one of its most senior scientists. Cuts to research funding are more extensive that has been admitted with $6 billion in combined cuts to higher education and preventative health programs also to be taken into account, Labor claims.

It says the impact of lower funding could #10;http://www.smh.com.au/federal-politics/political-news/research-funding-cuts-to-top-6-billion-labor-says-20140826-108r6t.html">slow or stop vital research on infectious diseases such as the deadly Ebola virus. The actual value of the saving to government will be $6.1 billion, with nearly $5 billion of that coming from cuts to higher education, which Labor says will "indirectly impact on research".

The Australian CSIRO (Commonwealth Scientific and Industrial Research Organisation) is responsible for the invention of plastic bank notes, WI-FI and Aeroguard, among a host of other amazing innovations in science and technology.

The CSIRO scientists work in areas of climate adaptation, biosecurity, digital productivity and services, renewable energy, biosensor technology in food manufacturing, preventive health measures, medical research, sustainable agriculture and marine science, to name a few. But this research is in danger of downsizing.

Awesome things you never knew were invented by the CSIRO

It's about short-term money-saving at the cost of our future as a developed nation. One of those affected will be the bid to establish a Northern Australia CRC, (Co-operative Research Centre) a bid chaired by former National Farmers Federation president David Crombie. However, it may go ahead because it was a Coalition election promise.

Chief executive of the CRC Association, Dr Tony Peacock, says the cuts are worst than expected, and he's 'surprised and devastated'. The CSIRO had played in assisting the economy through breakthroughs in agriculture. In 1959, Menzies returned to his theme, saying the CSIRO had been a ''dominating'' factor in the development of Australia.

CSIRO research programs will be cut, and the organisation will lose $116 million in funding over four years.

These cuts fly in the face of our “Food bowl of Asia” ideal and northern expansion! Mining is not a renewable industry. Manufacturing is in upheaval at present; the sector is providing fewer jobs with each passing month. Yet, there are no proposed cuts to the “big Australia” population growth policy! If we are downsizing our industries, and research that supports innovation, and high rates o unemployment, we can hardly have skills shortages?

There will be limited, not more, jobs for graduates and professionals.

The 1400 jobs being sacrificed at the national science agency, CSIRO, will mean one in every five of its staff. This is a move that is likely to save the federal budget a hundred million or so – and cost the nation billions of dollars a year for decades to come, a false economy if ever there was one.

If Australia wants to maintain our place as a leading 21st century, and modern nation in a world of many challenges, we need strong investments in higher education, research, cutting-edge technology and science.   As it is, we are victims of economic rationalisation by politicians with little understanding, or qualifications, in these areas and are incapable of judging their importance.

Ideas, innovations and inventions can lead to industries and jobs.

It's an attack on the heart of our economy, our well-being and our status as a developed, first world nation with ideas, innovation, and cutting-edge technology. With so many modern “challenges” of food security, global diseases, medicine, environmental degradation, alternative energy sources, climate change and overpopulation, we can only descend to a country that imports and parasites on the flow from other nations, with more investments in technology and knowledge.

As delegates from around the world were gathering in Lima, Peru, last year for the latest round of negotiations towards stronger action on climate change, it was revealed that

What “better things” is the government spending on? Certainly not anything for this generation, or future generations. We are going backwards, into isolation from even some of the developing countries that are managing to achieve their ghg emission reduction targets.

Our economic "muscle" should be from focusing on our collective intellect, not just from accumulating generic "skills".  The economic decision to cut-back CSIRO funding is being made in a policy vacuum, and will deprive vital life-blood to our nation's "brain".