Kenneth Eade is a legal thriller writer who chooses difficult and original subjects, of the kind that preoccupy candobetter.net readers and authors. This article foreruns the imminent publication of The Spy Files and is based on Kenneth's research for that novel. See also "Book Review: Kenneth Eade's Thriller faction series highlights GMO industrial politics in US and Ukraine conflict". Candobetter.net Editor.

Privacy today faces threats from an ever-growing surveillance apparatus that is justified in the name of national security or the war on terror. Agencies of the federal government, such as the FBI and the NSA intrude on the communications and activities of private citizens on a regular basis, using data they mine from our private resources to establish watch lists, based on what they perceive to be “suspicious behavior.”

These watch lists have, among other things, prevented people from entering the country, prevented them from flying on airplanes, barred them from certain jobs, and shut them out of financial accounts. 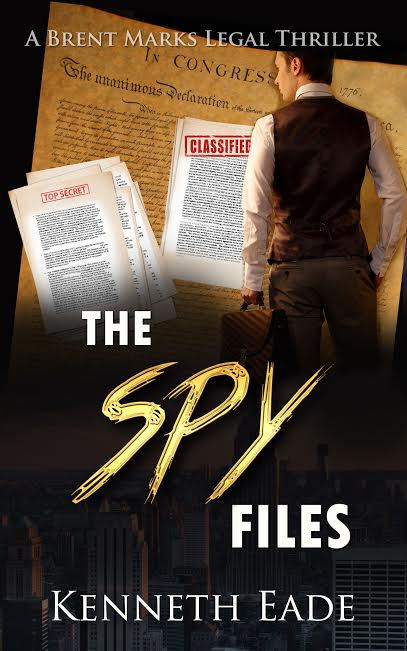 The Freedom of Information Act, which was signed into law on July 4, 1966, is a tool which is available to anyone, but it is frequently used by reporters in order to obtain information from the government.

In 2012, Reporter Jason Leopold was working on a story about Hesham Abu Zubaidah, the brother of Guantanamo detainee and accused terrorist, Abu Zubaidah. Hesham signed a consent to allow Leopold to request documents on him under the Freedom of Information Act and was visited by an FBI agent. (Truthout.org article May 29, 2012 by Jason Leopold, “So Then the FBI Sent Out an Agent to Check Up on My FOIA Request”).

While there is currently no precedent of such a successful prosecution, The government has also been known to reclassify documents that it previously produced. This retroactive classification prevents public discourse of the information contained in the documents, even by congressional subcommittees and even when Congress is actually investigating alleged abuses by the FBI (Abel, “Do You Have to Keep the Government’s Secrets?” University of Pennsylvania Law Review, Vol. 163, 1038.)

This article reports that, in the National Archives Scandal, the CIA claimed that classified documents that were inadvertently disclosed gives the government the right to treat them as classified (without being reclassified.) While there is no law against publishing classified documents, The Espionage Act prevents the disclosure of information relating to national defense.

The article also notes that, while no journalists have ever been prosecuted for publishing classified information, two members of the public have been prosecuted for disseminating information given to them by a government source. I agree with the author of the article, who states, “A generation ago, one could be confident that the press would not be prosecuted. Now, such a prosecution is cause for concern, even for those who think the First Amendment would ultimately prevail.”

According to an article in the Fall 2013 issue of National Affairs, while the Bush administration merely threatened prosecution of journalists for espionage, the Obama administration has actually engaged in seven such prosecutions. The article further reports that, while, by law, most government secrets are required to be declassified after 25 years, as of 2013 there were over 58 million pages of documents that had not yet been reviewed for declassification.

The danger in the government using the Espionage Act and other tools to prosecute reporters, attorneys, and others is that its misuse is stifling freedom of the press and freedom of expression, and is making government opaque, instead of transparent as it is supposed to be. The federal government has so much power with regard to federal prosecutions that it is virtually impossible for an ordinary citizen to defend him or herself if they decide to charge or indict you.

As Judge Jed S. Rakoff observed in his article, Why Innocent People Plead Guilty, The New York Review of Books, November 20, 2014, fewer than 3% of all federal criminal cases go to trial. Because of sentencing guidelines, high bail, and the high cost of a defense, an accused often finds himself in jail, unable to defend himself, and succumbs to a federal prosecutor in a plea bargain agreement. In a federal criminal case, the prosecutor has all the advantages.

As is observed in my latest novel, The Spy Files, in the words of James Madison, ‘Without freedom of thought, there can be no such thing as wisdom, and no such thing as public liberty without freedom of speech, which is the right of every man.’ If the government is allowed to spy on the people, that means that the people have no privacy in their thoughts or speech, which means that the government has taken away their liberty. This is the same government that has sacrificed hundreds of thousands of lives in the name of liberty, and not just the lives of American servicemen. Patrick Henry said ‘give me liberty or give me death.’ I think his famous quote makes it crystal clear that the Constitutional framework of this country values liberty as an essential element of life, worth dying for. If something is worth such a sacrifice, how can the loss of it be justified for the argument that it will make us safer to give up our liberty and our civil rights? Are we to tell the mothers and fathers, sisters and brothers of all the soldiers lost in foreign wars that it was all a big lie? That they died for nothing?

Kenneth Eade is an environmental and political activist, and author, who has been called by critics ‘one of the strongest thriller writers on the scene.’ For more information on his political and legal thrillers, including the latest, ‘The Spy Files’ go to http://kennetheade.com