A no whip rule would place all jockeys on equal terms in their efforts to win races, whilst avoiding suffering to the horses. 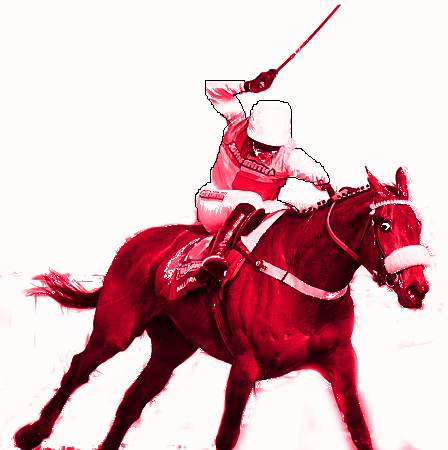 A horse's reaction to a whip has been compared glibly to their reaction to a fly landing on their coat: "When a fly lands on a horse, it flinches," we are told. Thus we are supposed to infer that when a horse flinches under the whip, they are not experiencing any more pain than they would with the landing of a tiny insect. But this is a false analogy with the effect on a horse that is being whipped or flogged for the purpose of making it go faster. Furthermore, some horses reject whips being used and at times jack up and refuse to run.

The “fly episode” landing on a horse has little effect at all. It annoys the horse and the horse flinches, BUT the whip certainly inflicts a certain amount of pain/suffering.

The “experts” tell us that jockeys carry the whip for safety reasons, but according to 'research' that doesn’t stack up either. We have witnessed many jockeys not having to use the whip at all.

At times riders are charged and fined for “overuse of the whip” - but exactly what does this mean?

If the stewards in their own minds OR within the rules of racing come to the conclusion that any horse in any race has been subjected to “overuse" or that a rule has been broken, then, in the opinion of the community, it means only one thing: that a rider has inflicted pain/suffering to the horse under their control to make it go faster!!

If there is an alleged act of cruelty, this offence must be prosecuted by the independent authority (RSPCA OR DEPI) with the power to lay charges under the Prevention of Cruelty To Animals Act (POCTA). Naturally there should first be an investigation, but not by Racing Victoria Limited (RVL) or the stewards. That would be too much like Dracula in charge of the blood bank!

In my opinion, RSPCA OR DEPI must investigate any alleged infringements by any organisation when it comes to an allegation of cruelty to any creature, great or small, irrespective whether or not there is an Memorandum of Understanding (MOU) in place. Some think that MOU really means, 'You don’t investigate any cruelty on our turf. Stay away. We will do our own investigating.' RSPCA have a MOU with GRV and HRV. We think it is a cop out and that's the reason why we don’t hear anymore live baiting happening. Animal Cruelty Hotline Australia has lodged a complaint about the whipping of horses in the Melbourne Cup to the RSPCA.

Several riders were fined for “overuse” of the whip at Melbourne Cup recently, including the rider of the cup winner. The fines were for petty amounts.

If whipping had occurred in a carpark outside of the racecourse, there would have been hell to pay and charges would certainly be laid.

Overuse of any contraption is virtually an allegation of cruelty when investigated and should be treated as such.

Show jumpers do not use whips at all and their safety is always in contention. Harness racing has abolished, or is about to abolish, whips.

I do not in any way favour regulating the whip, making rules about how the whip should be used or how much. The stewards favour rules like, “If you hit the horse more than x amount of times we will fine you."

But, with rules like that, there will always be times when riders will overstep the mark, knowing that they only risk a small fine. That is why we favor a 'no whip rule'.

We at Animal Cruelty Hotline deplore the use of any artificial contraptions: whips/spurs/prods etc that always involve pain or suffering in order to ramp up the performance of any animal.

In essence the 'no whip rule' is recommended as mandatory in racing to alleviate any suffering of animals. A no whip rule would place all jockeys on equal terms in their efforts to win races and, if jockeys were still of the belief that they were in need of a safety blanket, then it’s back to jockey school for them to relearn how to use “hands and heels.”