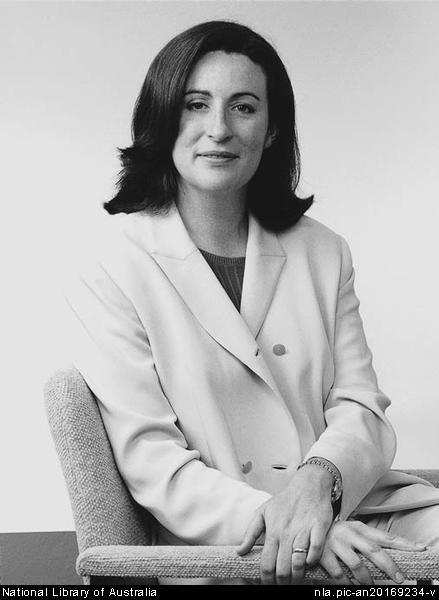 The Australian Press Council has just dismissed a complaint against Sydney Morning Herald columnist Miranda Devine about her opinion article back on 12-Feb-09 ‘Green ideas must take blame for deaths.’ Devine's provocative article dogmatically accused "the power of green ideology" for poor forest management practices and as the key reason for the exacerbated scale and ferocity of the Victorian bushfires in 2009. ['Complaint against Devine dismissed, SMH, 26-Jun-09, p.5] But although provocative, Devine's 'opinion' article pales in comparison to the social implications of headline media reporting of extreme bushfire risk immediately BEFORE the bushfires! See also "Victorian Bush-fires: ABC 7.30 Report ignores facts, creates scapegoats" and "Responding to incorrect fire information by joining the debate" and "Comments on recent fire-management in bush-fire areas" and "Greens, logging, forest fires and malaria" and "Deforestation drys continents - new theory explains how" 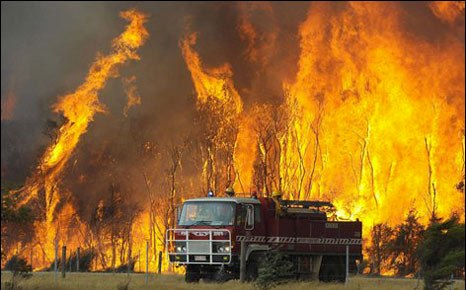 The Australian Press Council has just dismissed a complaint against Sydney Morning Herald columnist Miranda Devine about her 'opinion' article back on 12-Feb-09 ‘Green ideas must take blame for deaths.’ But although provocative, Devine's 'opinion' article pales in comparison to the social implications of headline media reporting of extreme bushfire risk immediately BEFORE the bushfires! ['Complaint against Devine dismissed', SMH, 26-Jun-09, p.5] Note that the date of the article was made while fires still raged. Also, note that the article was published on the front page of the Herald, indicating that the editor was unusually highly supportive of it. Normally, the Herald's 'Opinion and Letter's' articles are printed way back around page 12.

The main inflammatory bits drawing criticism in Devine's article were:
“It wasn't climate change which killed as many as 300 people in Victoria last weekend…it was the power of green ideology over government to oppose attempts to reduce fuel hazards before a megafire erupts.” [and] “If politicians are intent on whipping up a lynch mob to divert attention from their own culpability, it is not arsonists who should be hanging from lamp-posts but greenies.”

Clearly, the article's emotive tone expresses anger, frustration, retaliation and spiteful provocation. Perhaps this is understandable given the scale of the disaster and public shock, disbelief and for many, the personal loss. People react in their own way to tragedy. Devine's article upset many and presumably it was intended to in order to unseat entrenched community complacency about bushfire management.

If so I agree with her motive, but not her method.

The Australian Press Council considered the article's lead paragraphs as 'dogmatic' and 'confrontational'. But the complainants asserted that the article breached a number of Press Council principles. Yet the Press Council's principles or journalism are vague and advocate the rights of journalists rather than prescribing responsibilities. The principles include noble motherhood ideals such as being accurate, fair and balanced, not being misleading, acting in the public interest and not being biased against minority groups. So then perhaps the complainants were misguided and it is not surprising that the Press Council found that publicising the article didn’t breach any of these principles.

Devine was accused of incitement in her article, which is a fair interpretation. On Crikey, Greg Barns questions whether Devine’s article incited violence. He suggests that in “these fraught times, where there is a smell of blood in the air as well as smoke, as communities, individuals and the media look to find someone to blame for the Victorian bushfires, are just the environment where incitement flourishes.” Barns goes on: “To date no one appears to have acted on the inflammatory statements of Ms Devine and her fellow sabre rattlers, but that does not matter, says the law. It is enough that the incitement to commit a offence occurs, it is irrelevant that no one acted on the statement made.” SOURCE: http://www.crikey.com.au/2009/02/17/did-miranda-devine-incite-violence/

In the press at the time, local anger in Gippsland was palpable and vigilante feeling clearly was at breaking point. But it was targeted at the arsonists.

No-one rationally can blame the conservation movement and its ecological principles for the Victorian Bushfires. The bush and its creatures were innocent victims of the fires, just like people, livestock and houses. Many tend to forget this in the wake of such enormous tragedy. But one must blame the arsonists.

Yet it wasn't apparently just arsonists that caused the ignitions and it is the task of Brumby's Royal Commission to investigate and find out the causes of all the ignitions. However, thereafter, the real problem solving should start, but I doubt Brumby will have the will and instead will want to close the political door on the bushfire tragedy - just like the bushfire investigations of the past and interstate.

But let’s turn more importantly to the media incitement before the bushfires!

The Age newspaper in Melbourne during the Victorian heatwave through January and early February 2009 immediately preceding the bushfires, ran headlines repeating the extreme bushfire risk. On 6 February 2009, the day before the fires started, indeed the Premier of Victoria John Brumby issued a warning about the extreme weather conditions expected on 7 February: "It's just as bad a day as you can imagine and on top of that the state is just tinder-dry. People need to exercise real common sense tomorrow".
Was this wise?

To serial dormant bush arsonists and to would be arsonists, this frenzied media excitement about such pending doom surely would have been been read by arsonists and I suggest directly incited the bush arson. Yet at the time there was no complaining or realisation of this. If bush arsonists are found to have been the key causes of the ignitons and indeed of the most catestrophic firestorms that burt alive people for instance Marysville and Kinglake, then the investigation must focus on the root cause of the arsonist motivations. I argue that media arousal through its sensationalising of the bushfire risk and its portrayal of the bushfire threat is directly responsible and accountable for actual bush arson. Let's see what the Royal Commission concludes.

Getting back to the subject of press responsibility, let’s look at where the Press Council actually prescribes reporting restrictions on journalists. Take the subject of media reporting of suicide. In the Council’s General Press Release No. 246 (i) (July 2001) on Reporting of Suicide, The Press Council “calls upon the press to continue to exercise care and responsibility in reporting matters of suicide consistent with government attempts to curb the suicide rate. Research shows that an association exists between media portrayal of suicide and actual suicide, and that in some cases the link is causal. So the Press Council recommends journalists avoid reporting which might encourage copy-cat suicides and which unnecessary references details of or the place of a suicide, or which uses language which trivialises, romanticises, or glorifies suicide.” [SOURCE: http://www.presscouncil.org.au/pcsite/activities/guides/gpr246_1.html]

So on the sensitive topic of suicide, the Press Council is quite prescriptive, moreso than in its broader principles for journalists rights.

This is a matter for criminal psychology. Media sensationalising of bushfire risk and of bush arson is known to incite bush arson and copy-cat bush arson. This is a little known and neglected form of social deviant behaviour, yet it has become increasingly prevalent and deadly.

There is an urgent need for national level investment into bush arson criminology research and investigations. Media rights and responsibility for reporting bushfires play a critical role, perhaps more than many of us realise.

Fortunately there is no longer anything to stop us criticising Miranda Devine's ill-based opinions, which the Australian promotes so enthusiastically. On candobetter.org we have a number of articles with arguements, on far more specific terms than Mirandas', which can show that Miranda has gone off on a rather injurious frolic. See for instance "Victorian Bush-fires: ABC 7.30 Report ignores facts, creates scapegoats" and "Responding to incorrect fire information by joining the debate" and "Comments on recent fire-management in bush-fire areas" and "Greens, logging, forest fires and malaria" and "Deforestation drys continents - new theory explains how" What do you expect of journalists in the mainstream press? Once journalists were selected from the best writers and thinkers, but since the 20th century they have become syndicated and dumbed down merely to sell real estate and other products, to finish up as packaging for fish and chips and garbage. Although you can also mulch them, it would be altogether better if we just didn't chop the trees down in the first place. In fact, you could look at the whole thing this way: Miranda Devine writes for crummy newspapers which use up a lot of trees for paper. Cutting down trees causes drying of landscape and predisposes our environment to more bushfires. Miranda Devine must take personal blame for deaths in bushfires. She could help the bushfire effort therefore by stopping writing. Sheila Newman, population sociologist home page