Nature to humankind: I think we really need to talk about our relationship 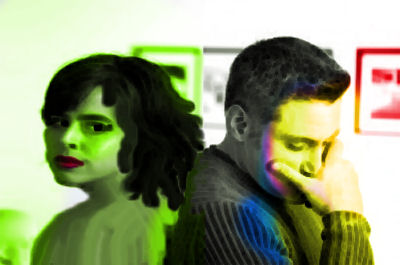 The relationship that counts

Perhaps you forgot about me.
No wonder. Your history books seem to dwell on tyrants and dictators and megalomaniacs and the
terrible things they do.

Yet I can do terrible things too. Especially when I am taken for granted or abused.

I know. I never commanded an army or ruled a nation.
I never sent 13 million people to the gas chambers or starved and murdered six million Ukrainians.
I never firebombed Hamburg, Dresden or Tokyo, nor dropped two atomic bombs.
I never raped Nanking or slaughtered a third of Cambodia’s population.
I never conducted a war of ethnic cleansing nor destroyed a culture and enslaved the survivors.

I never committed any of these atrocities. Yet I am the most merciless and indifferent mass murderer in
history. I am Mother Nature. And I really think we need to talk about our relationship.

But none of this matches my power of persuasion. I am talking about environmental coercion.

Environmental coercion - the most oppressive kind

But environmental constraints brought on by overpopulation can be more confining than anything else.
They can confine you to a small urban apartment because overpopulation has driven up the cost of
shelter. They can force you remain indoors because of smog alerts. They can restrict your movement,
and your options because overpopulation has created a labour glut and your wages have been driven
down by competition. . They can reduce your per capita share of vital resources like clean water and
affordable food. Environmental coercion can make your life miserable. More miserable than the most
autocratic and unjust of governments.

You may think that “austerity” is a hoax. A conspiracy of bankers and CEOs and neo-liberals to rob of us
our rightful entitlements. But you obviously haven’t heard the news. This is not the 1930s. This austerity
is not contrived. This austerity is for real. This austerity is geologically, not ideologically rooted. There is
not enough real wealth to go around.

Go ahead and change the tax code, reform the monetary system and let the big banks fail. Make the
rich pay their share. But do you think your Occupy movement can persuade me to yield more how-
hanging fruit? Do you think that “justice”, “fairness”, and “equity” will suffice to make up for our non-
renewable resource short falls?

In just 13 years, Canadian governments will have to find $93 billion just to fund their unfunded
liabilities---the promises they have made to Canadian citizens to pay out their pensions and satisfy their
health care needs. All of this in addition to running other government programs and finding money to
repair the infrastructure that is crumbling all around us. Newsflash: the money can’t be found by
“taxing the rich”. Corporate taxes would need to double and even then, even if there was no capital
flight to kinder tax climates, even if total tax revenue increased, it would be a temporary fix. In the
United States, for example, if the income of every citizen making over $200,000 per year was
confiscated, it would provide only enough revenue to run the federal government for just 193 days.

The only way out is continued economic growth. Growth at robust rates. It is only through continued
economic growth that your social safety net can be maintained and your cities and bridges and physical
assets can be replaced or repaired. One problem. I haven’t got enough affordably accessible natural
non-renewable resources to fuel this growth. Especially when emerging economies like China and India
are demanding more and more from me. Something must give. Commodity prices will skyrocket.
Economic recoveries will be killed in their tracks. Conflict will ensue. Please don’t unleash a nuclear,
chemical and/or biological war upon me. I have taken enough abuse already.

Surely you can see this all coming. Surely you can see that the numbers don’t add up. I can’t continue to
meet your growing demands. More efficient technology will not bail you out. Just ask Mr. Jevons. And
be honest--- renewable energy alternatives cannot be scaled up anywhere near the level you require.
All you need is a calculator and an enema for your delusional optimism.

But you won’t do the math. And you think your agenda trumps mine. Sorry, but didn’t you know, I own
you. You are on a leash. You and your short-lived economic infidelities. Do you think I didn’t know? Do
you think I didn’t notice that your mind was not on me and my needs?

I gave you space and now you need more?

You tell me you need “space”. But I gave you a world of space, and what did you do with it? You filled it
up with 7 billion people---- 5 billion of whom are determined to live like the other two billion do!

You tell me that universal and free access to health care, a decent pension and education is your “right”.
But as Isaac Asimov observed, if you have 20 people sharing an apartment with two bathrooms, your
“right” to guaranteed and timely access to a bathroom is necessarily limited. You can make all the
speeches you want. You can run for the Democrats and make it a campaign platform if you like, or make
“Freedom of the Bathroom” a Constitutional right, but without more bathrooms or fewer people in the
apartment, that right is meaningless. As meaningless as the promise of sustainable Obamacare.

I suggest that you seek counselling. Since I won’t provide you with the means to add more bathrooms, I
suggest that you try reducing the number of people who share the apartment. Things can’t go on like
this. I am calling a taxi and packing my bags. You just won’t listen, and never have. I am tired of your
roving eye, your insatiable appetite and lust for more, and your lack of attentiveness. I deserve better
than this---and I know that I can go it alone. You need me, but I don’t need you.

I think you fundamentally misunderstand our relationship. You have the roles reversed. I am not your
servant. I have only so much to give, and you’ve already blown half the dowry. So don’t come crying to
me for more.

And frankly dear, I really don’t give a damn about your “rights”.