A selective capacity for human compassion?

The short article below was originally posted as a comment posted in response to our publication of a leaflet to appeal for clemency on humanitarian grounds for Schapelle Corby.

Listeners to ABC Brisbane local radio's Morning Show presenter Madonna King will often be moved almost to tears by her frequent impassioned exhortations against injustices inflicted upon ordinary people as a result of crime, political expediency or bureaucratic indifference. Yet this capacity for compassion somehow does not extend to demanding humane treatment, let alone justice for a clearly innocent Australian woman, now rotting away in Bali's Kerobokan prison, diagnosed as clinically insane and at risk of losing her life. Schapelle Corby, found guilty of the ludicrous crime of importing a quantity of cannabis valued at $35,000 in Australia into a country where it would be worth only $5,000, is now five years into her astonishingly harsh 20 year prison sentence. 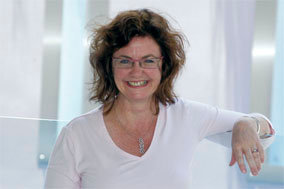 The fact that Madonna King works for the taxpayer-funded Australian Broadcasting Corporation and Rupert Murdoch's News Corporation at the same time is a sign of problems in our public media. The observer has to wonder how she can obey her employers in the public sector and Mr Murdoch in the corporate sector without compromising her delivery of information.

Yes, Madonna King has shown that she can speak out against injustice as she did in co-writing the book with Cindy Wockner about the Bali 9.

Yet, how is it that was Madonna King had nothing to say when that mob of journalists burst into Schapelle Corby's cell recently and rifled through her personal belongings? Now there is an issue Madonna King could sink her fangs into: Australian woman incarcerated in crowded cell for twenty years is humiliated and harassed by prison authorities with the approval of the Australian government and the Australian public.

Perhaps Madonna King needs stronger evidence that defenseless women are being harassed by prison authorities? Fair enough! We don't want her to rush in without strong evidence, do we? Then consider Renae Lawrence (one of the Bali 9) who was interviewed (proprietary software may be required to view interview) the same day Schapelle Corby was cornered and photographed in her cell. Renae's slurred speech and bruised face was the result of being bashed by prison guards recently. What their reason was I don't know, but no reason would be sufficient. Did the humanitarian Madonna King immediately press the Australian government to enquire after Lawrence's welfare? Did she rail about it on her radio program? Did she contact Renae's father for more information? No, No and No. In the land of the 'fair go' it is okay for defenseless women prisoners to be bashed senseless or harassed by the media - so long as it happens somewhere else.

Just send her these quotes... with a Picture of Schapelle..?!

* Practical politics consists in ignoring facts.-Henry Brooks Adams *A politician is a fellow who will lay down your life - for his country.-Texas Guinan * A politician is a person who thinks twice before he says nothing.- Joe Moore * The world of politics is always twenty years behind the world of thought.- John Jay Chapman And finally... In politics as on a sickbed men toss from side to side in hope of lying more comfortably.-Goethe

Ed. There was a defamatory comment here from a person who disapproves of Madonna King's work as a journalist. It would have been more helpful if they had given their comment as an opinion based on an argument, but I am conveying the feeling here.