Jenny Warfe went to the Westernport Catchment Committee meeting yesterday 18th October 2013 to hear the PoHDA CEO Mike Lean’s presentation about the proposed Hastings Port expansion. It was all about business as usual, ignoring resource depletion, seeing growing the economy as the only way to provide jobs, unwilling to contemplate the ceasing of engineering population growth upwards. Here is a report. 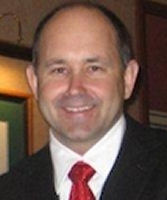 I went to the Westernport Catchment Committee meeting yesterday 18th October 2013 to hear the PoHDA CEO Mike Lean’s presentation about the proposed Hastings Port expansion. Some of his memorable (predictable ) statements included, according to my notes:

• There are no other options
• Construction phase 2018-2025
• Will serve Victoria's trade for the next 70,80 to 100 years
• It is fundamental as a gateway for the State
• Australians overwhelmingly want their children to have jobs
• Westernport highway would be upgraded to 6 lanes with dual train track in centre
• Project would also require the metro train tunnel to be built to allow for better movement of passenger trains on the Dandenong line, freeing up space for freight trains
• Shipping lines are now moving to wider container ships and steaming slower [so much for the PoMC’s Channel Deepening rationale that the Heads must be deepened because container ships would always be getting deeper and it was uneconomic for ships to wait for tide assistance]
• Container trade is growing at 5-7% compounding annually
• Planning for a minimum of 9 million containers per annum by 2060, ramping up from 2025
• Victoria is growing at 1500 people per week [it is actually 100,000 per annum at present, 60% of which is elective immigration]
• We are many years from having an outcome in the business case
• Compared with any other Australian port, Hastings has the largest amount of port related zoned land close to a port
• If you put it in a container we will move it
• Aiming for maximum automation at the port, so that flood lighting at night is not required, so that birds won’t be disturbed – might only be a few dozen people on site [so much for jobs then.]
• There will be positive impacts as well

Clearly the plan is predicated on a business as usual scenario, reliant on a doubling of the state’s population and a quadrupling of trade by mid-century and of course abundant fossil fuels to power the juggernaut.
When asked, Mr. Lean denied any knowledge of coal export through Hastings as part of the business case- although acknowledged that he had “read something about it recently.”

There was quite a bit of concern expressed in questions from the meeting and amazement at the numbers of containers, ships, trucks and trains that his “vision” would entail. .....And quite a bit of defensiveness in his replies- perhaps reverting to his former Army Lieutenant Colonel days. Prior to PoHDA, Mr. Lean was responsible for the Williamstown shipyard and the Maritime Business Unit at BAE Systems Australia working on the Air Warfare Destroyer and Landing Helicopter Dock projects.

Assault on Port of Hastings begins

n Friday, 6 December 2013 4:10 PM, Mike Lean (Port of Hastings Development Authority) wrote: Dear Stakeholder, The Port of Hastings Development Authority would like to advise that marine surveys will shortly commence as part of early planning for the Port of Hastings container expansion project. The marine surveys will collect information on the physical and chemical characteristics of existing port areas and surrounds, by mapping the physical features of the seabed and taking seabed samples of soil and rock. This will provide the critical baseline information needed to inform port design and detailed scientific studies over the next three to four years of detailed planning for an expanded container port at Hastings. Geotechnical surveys will be undertaken by specialist contractors, Worley Parsons, using two stationary jack-up barges, collecting core samples from the seabed. Geophysical surveys will be undertaken by specialist contractors, Aurecon, using sonar reflection and profiling survey techniques to complete detailed mapping of the seabed. The Authority and specialist contractors are preparing to begin the marine surveys from the 9th December 2013 onwards. Surveys will cease for the Christmas period, from the 21st December 2013, and resume on the 6th January 2014. Details of the surveys progress including weekly notifications of expected survey locations will be available at www.portofhastings.com. In the interests of personal safety, mariners, recreational users and visitors are advised to keep clear of the barges and survey vessels, with a distance of 100m recommended, and to observe the Harbour Masters directions at all times. All surveys will be carried out under strict environmental controls and approvals. For further information please call 1300 149 478, email [email protected] or visit www.portofhastings.com.au. Yours sincerely, Mike Lean Chief Executive Officer Port of Hastings Development Authority 2/34 High St Hastings Victoria 3915 (PO Box 129 Hastings Victoria 3915) P 1300 149 478| F 03 5979 5555 | E [email protected] | W www.portofhastings.com