Economists are predicting that Australia will be the world's biggest exporter of LNG by 2018, overtaking Qatar's production. Instead of being able to enjoy prosperity and the economic benefits, consumers and manufacturing industries will be held hostage to the multi-national mining giants' demands.

Gas producers in the eastern states were once devoted to supplying domestic buyers, but now they are now chasing export dollars. Until very recently, gas extracted in Australia stayed in Australia. Because our nation has abundant natural gas reserves, it meant our gas prices have stayed low by global standards.

The loss of insulated prices will mean we are forced to compete with buyers across Asia who prepared to pay top prices.

Today, new technology has made it possible for Australian gas to be liquefied economically and exported, via ships, overseas. Multinational gas companies have been given licenses to extract Australian gas from major new gas fields and to export it, primarily to Asia. Exports of Australian gas will start ramping up from July 2015.

Unlike most gas exporting countries, our Federal and state governments (except for Western Australia) appear incapable, and unwilling, to reserve any gas for domestic use. They are failing to protect our manufacturing industry, jobs, and consumers from Queensland's gas exporters, and we will be held at ransom by mining companies' mega-power.

Unbridled globalization gives them more power than governments! There might be some benefits of globalisation of our natural resources, but not when we have foreign mining corporations strangling our right to what should be protected for our own use - and expecting us to pay their extortion rackets! 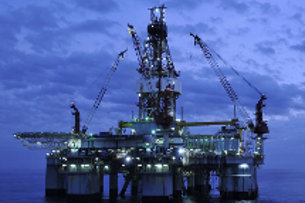 Reserve Our Gas will campaign for lawmakers to move urgently to prevent this by ensuring a percentage of Australian gas is reserved for domestic use at a fair price.

The new gas export industry is linking Australia to the high global price for gas, with projections showing local gas prices rising dramatically in the coming years as a result. While Australian gas has traditionally cost around $3-4 per gigajoule domestically, it can sell for up to $18 per gigajoule on Asian markets.

While there is no national gas reservation policy, Western Australia mandates the reservation of 15 per cent of the state's gas.

“Australia is the only nation on earth allowing exporters to extract our gas without restriction and sell it back to us at the global price,” AWU National Secretary and Reserve Our Gas spokesman Scott McDine said.

Australians have a right to know their rapidly rising gas bills are actually completely preventable. We just need to do what every other gas-exporting nation does and bring in laws to look after the local population. Australians should pay the Australian price for gas - not the global price - because it’s our gas.

The Grattan Institute report Gas At The Crossroads: Australia’s Hard Choice says that “governments should not put constraints on the market – for example, by introducing a gas reservation policy that allocates a fixed amount of gas to domestic consumers for a fixed (and lower) price”.

They say that “Both industry and governments need to work with communities to resolve the impasse over coal seam gas in New South Wales and Victoria...: Electricity and gas prices in Australia have already increased 61% and 36% respectively in the past five years and further price jumps will put pressure on the country’s manufacturing industries. So, multinational greed should force Australians on the East coast to allow more coal seam gas mining!

There are significant concerns associated with hydraulic fracturing including the potential to contaminate water sources and cause earthquakes. A report by the Committee for Economic Development of Australia said: "In addition to concerns over contamination of aquifers from the chemicals added to fracking fluid, issues have also been raised about contamination of water supplies from fugitive gas after fracking, and seismic activity and tremors associated with the drilling and fracking process".

Fracking has been used during coal seam gas operations in both Queensland and New South Wales.

VICTORIAN households now risk being charged up to $1000 a year

Our living standards are increasingly under attack. St Vincent de Paul Society research reveals electricity supply charges have more than doubled in five years. Gas is up 62 per cent. Energy analyst Gavin Dufty said the industry appeared desperate to protect revenues in the face of falling consumption. If consumption of electricity and gas falls, so are our living standards. Do we go back to kerosene lamps, and the community fire in a 40 gallon drum, for cooking and heating? Some households could potentially be charged up to $1000 a year for combined gas and electricity supply fees, depending on their retailer, type of tariff and residential location. Melbournians are particularly at risk because of extremes of temperatures, and cold and windy winters. While price deals usually offered discounts on electricity and gas use, they rarely discounted the supply charge as well. It's actually the supply charge that overwhelms the costs - not the actual power used! We have gold-plated poles and wires, for electricity, in which private companies can charge for over and over again! Multinational gas mining companies can set the own prices, and we must pay the same rates, for OUR GAS, that export customers are forced to pay! Herald Sun: Households slugged up to $1000 per year before turning on electricity and gas Private companies are making great profits, and determining our eroding lifestyles.