Giraffe Speaks Out Against Human Overpopulation

Dear Humanity,
I know that social justice, racism, and gender awareness are top of mind for humans right now. At least for the ones 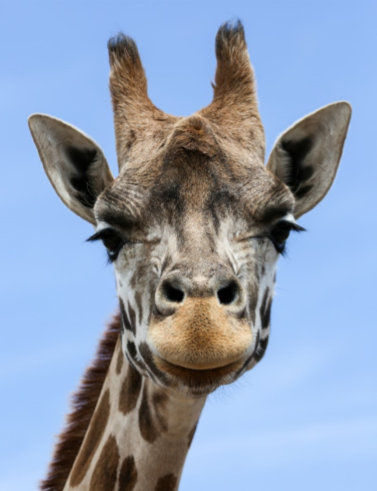 making political decisions. But we non- human species (NHS) are afraid that by the time you’ve got those things all figured out, many of the rest of us will be extinct. Including all four species of giraffe. You can understand how I take that personally.

We of the NHS fear that by the time you humans have established your human utopia of diversity, equity, and inclusion, you might find the planet has become even less habitable for humans despite your taking more and more of it at our expense. Because while you’re focusing on acknowledging all the intersections of countless identity groups, your numbers keep growing. But I guess that’s ok with you, as long as everyone makes sure to use the proper pronouns.

Just so you know, my pronouns are “going, going, gone.” Oops, sorry, those were verbs. You’re the smart species, not me. That’s why there are 8 billion and counting of you and about 100,000 and falling of me and all of my relatives. Can you believe that in 1910 there were 2.5 million giraffes?

Maybe you won’t miss us when we’re gone. But maybe you’ve noticed that resources are dwindling for you too, even as your population grows. And from what I understand, scarcity, disease and famine can really be triggering to some people. And that could lead to war. I mean, real violence, not just micro- aggressions. There are countless conflicts happening already, even though the media only talk about Russia and Ukraine.

So, dear Humanity, we of the World Council of Non-Human Species hope that your attention to diversity, equity, and inclusion, rather than to actually doing something about population growth, doesn’t lead to your real-life world going to hell in a hand basket while you construct your ideal theoretical world of total equality. What if the world of social justice that you envisage is really just a social construct?

Because from our perspective, dear Humanity, as ever more of us head toward that intersection of extinction, what your species is doing is arranging the chairs on the deck of the Titanic. We’re sure the arrangement will be very pretty but the overall outcome not so much.

On behalf of the World Council of Non-Human Species and I hope not good-bye forever,

The endless discussion of "identity" in the media , especially on the ABC and SBS has struck me for ages as white noise against the pressing problem of the plight of other species because of the pressures exerted by us, homo sapiens.  I am so happy that Geoffrey the Giraffes has spoken out. Time for Katherine the Kangaroo, Pauline Possum and Malcolm Magpie to be heard!