Human exceptionalism, self-centred neoliberalism, its rationalist processes and modern-day production, financial and trading systems have ensured that the cruelty we inflict on non-human animals now permeates most aspects of human life in this country and in many western cultures. We see it in what we eat, what we wear, our health, education, housing, sport and entertainment, our attitude to the environment, employment and industry, research, and commercial development. As humans we can do better. Time for the Animal Justice Party!

[Editor's note: This article was published prior to Christmas but was lost and recovered twice. We had site problems due to a very high number of visits. It has taken us until now to get it back up, but please read about the Animal Justice Party.]

Human exceptionalism, self-centred neoliberalism, its rationalist processes and modern-day production, financial and trading systems have ensured that the cruelty we inflict on non-human animals now permeates most aspects of human life in this country and in many western cultures. We see it in what we eat, what we wear, our health, education, housing, sport and entertainment, our attitude to the environment, employment and industry, research, and commercial development.

The lives of many humans in this country are supported by the misery we inflict on animals. What kind of unfulfilling and unsustainable human life is this that we would want to brutalise and extinguish the life of another sentient being, just so our comfort in a wealthy country can be accommodated, when there are ethical alternatives? It provides a flimsy and arrogant foundation for building a society on the moral and ethical values essential for a sustainable planet. It is unfair, unjust, short-sighted and inappropriate for an enlightened world. But it need not be like this.

As humans we can do better, and as a society we need to be open to the plurality of all kinds of culture and knowledge and the various worlds from which they come – in particular the many worlds of the nonhuman animal. We need to be inclusive and demonstrate humility, rather than ignorance and arrogance, to all of these worlds.

If we are not prepared to accept that humans can never always be right, and we are not prepared to accept that there is a plurality of knowledge not only from different human world views but from different worlds, we will not have cognitive justice in this country and that is a big loss for all of us. Social, environmental and economic sustainability can only be approached through an inclusive approach to knowledge, not where the rights of some knowledge holders are marginalised, brutalised and suppressed by vested and greedy interests, or through disinterest.

The pervasive and endemic reliance on animal cruelty to achieve human ends is in no small measure due to the actions and inactions of parliaments of all levels throughout the country. These parliaments regard power, money and recognition ahead of concern for the wellbeing and capability of other sentient beings who may not share the same language of communication, or who live in worlds we are not prepared to take an interest in. Faustian and conceited behaviour among politicians replaces and subverts ethical, moral and passionate leadership in concern for the lives of animals. This needs to change.

The extreme and confronting graphic images and the widespread evidence of animal abuse we have witnessed during this year are just a miniscule example, a small window, of what is going on regularly in our towns, suburbs, institutions, farms, sporting and entertainment events, and across the whole of the Australian landscape. Despite the very worthwhile efforts of various animal welfare supporters in exposing extreme animal brutality we find the major political parties, locked-in to neoliberal practice and policy, remain predominantly unmoved and unconcerned. They adopt the view that a strong society is somehow determined by the numbers that appear in a set of economic accounts and by narrow disengaged ‘science’. Values of compassion and kindness, and the knowledge to be gained from non-human worlds are not regarded as relevant in the world of rationalist economics. Ignoring these other worlds of knowledge is selling our future as a just society a long way short. 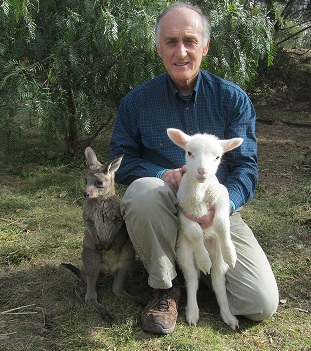 If spending some quiet time in the presence of an animal does not enliven your heart against animal cruelty then, as a politician, you have no moral right to represent the interests of a just society in our parliaments. For too long, non-human animals have been without a voice in the parliaments of this country, despite the fact that nearly every issue that comes before these parliaments in some way impacts on their lives. It is easy to be discounted in these places if you have no voice and no power.

This will be the role of this political party. It will not duplicate the efforts of animal lobby groups. It will not represent the interests of the right, the centre or the left. Rather, it will represent the interests of marginalised and downtrodden non-human animals who have been given no representation at the table of the decision-making processes that influence their wellbeing and very existence. No other political party, including the Greens, has the moral standing to represent the animals of this country.

Let us be clear, the AJP will not be a single-issue party because the cruelty issues impacting on animals in this country are multifarious. The AJP will, however, certainly be a single-purpose party because its focus is squarely on animal wellbeing and capability. That the current government of this nation has abrogated its moral and ethical responsibility for the wellbeing and capability of all non-human animal species, the voiceless, is evidenced by the pathetic level of funding provided by it for animal welfare – an amount so small it does not reach seven figures.

Further evidence of the Government’s disinterest in the lives of animals is demonstrated by its handing responsibility for animal welfare to the minister for agricultural production; in its plans to hand much environmental protection decision making to state governments at the behest of big business; in its failure to consider the impact on animals in any of its decision making; in its failure to adequately respond to the graphic images of brutality to animals that have been brought to light; and in its direct support of, and indeed direct on-the-ground involvement in fostering, the largest land-based slaughter of a native animal on the planet. This native animal is the iconic kangaroo that sits in the national coat of arms above the entry to Australia’s Parliament House. Every day politicians, in typical conceit, pass beneath this coat of arms yet not one from any political party, Greens included, has had the courage to speak out against the horrific slaughter against this gentle and fragile creature.

The rationalist economics agenda that the parliaments around this country have allowed themselves to be seduced by brings to light two serious concerns as it relates to the cruelty they enable onto animals. It denies all animals their right to realise their own basic capabilities as fellow sentient beings – the right to interact with their own world, to nurture their young, to play, to make their homes, and to grow old respectfully. Importantly, beyond this self-interest animals possess agency and so by denying our connectedness to animals we humans are consequently denied the contribution of animals to our companionship, to our wonderment and joy, to our health, to our knowledge of other beings and their worlds, and to enhancing the sustainability of the landscape and seascape for all of us. We are morally and emotionally poorer for these denials and this should be of concern for all fair-minded Australians.

Next year there will be a federal election and the AJP will be there to take votes away from those parties and individuals that have no respect for animals in their policies and behaviour. Let us be under no illusion; the road before us will be made very difficult by the selfish, the greedy and the unethical that currently underpins neoliberal politics. There will be powerful and monied interests that will do their best to upset what we stand for. But we need to make a start along this road if we are to make a positive difference in the way this country views and treats all its animals – not only for the benefit of the animals but for humans and the planet as well.

We have come some distance from an intentional quiet beginning in a very short time. At the many events at which we have been represented throughout the year there has been considerable enthusiasm for what we are trying to do and our membership continues to grow. We aim to be around for a long time.

In February/ March next year we will have our official launch, at which time we will formally announce our candidates for the Federal election to be held later in the year. We are in the midst of candidate selection right now. We are on our way, so watch this space. Ladies and gentleman, later next year many voters in this country will have the opportunity to make a statement in support of a more compassionate, ethical, just and caring nation as it relates to all species of non-human animals. These values of fairness are important for all Australians. Recent history demonstrates that received rationalist economics takes us further from a just society and more toward the iniquity of global production, trading and financial systems that are way out of the reach of the ordinary citizen.

Australian voters will have a stark choice. To continue to support political parties that either directly foster or are selectively disinterested in cruelty to animals; or choose a party that seeks a moral and ethical alternative to cruelty; that seeks more planetary sustainability predicated on knowledge from and understanding of other worlds beyond that provided via human exceptionalism; and one that understands that animals have the capability of agency that directly benefits humans. In 2013, Australian voters will have that choice in four jurisdictions, and in later years this choice will be expanded.

Finally, I would like to thank the AJP Committee of Management, past and present, for their efforts in progressing our cause. They have all taken part in ensuring our active involvement in many functions and campaigns in support of animal wellbeing throughout the year. I acknowledge in particular the work of the Party Secretary, which Kerry Hewson has admirably undertaken.

Professor Steve Garlick is the Founding President of The Animal Justice Party in Australia. Steve has professorial positions at two Australian universities and is an international expert in spatial economics and university/community engagement. He is an economist and applied ethicist, specialising in wildlife welfare and sits on a number of international and national boards. He also has an extensive publication record. In 2009, with wife Rosemary, Steve was internationally recognised with the World Shining Compassion Award for the work he does rehabilitating severely injured wildlife. With Rosemary, Steve runs a wildlife recovery and research centre for macropods and wombats.

How about an Animal Justice Party in Indonesia?
I thought they were civilised there.

Maybe 'civilisation' is the problem. - Ed