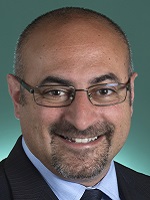 On 3 June, Peter Khalil, Labor member for the Melbourne metropoliton seat of Wills, presented to Federal Parliament a petition from one of his constituents on behalf of Australian journalist Julian Assange. The video of Peter Khalil's speech is embedded below.

Both the House of Representatives and the Senate will be sitting this coming fortnight, firstly, on Tuesday 15 June and then the following two days and, secondly, on Monday 21 June and the following three days. Members of the "Bring Julian Assange Home" Parliamentary Group could use these sittings to properly hold to account the Government of Scott Morrison over Julian Assange through a proper debate. They could consider putting to both houses a motion which calls on the Government to act to end the illegal imprisonment of Julian Assange. A motion I have already suggested to members of the group is included below.

Once such a motion is put, then each and every member of the both houses will face the choice: Vote to instruct Scott Morrison to use his authority as Prime Minister of Australia to act to free Julian Assange from Belmarsh Prison or be shown up before the voting public as being in support of the illegal imprisonment and torture of Julian Assange.

Whilst this and previous instances in which Julian Assange's plight has been raised on the floors of Australia's Parliament are to be welcomed, they have not, as far as I can tell, significantly improved the prospect of ending the illegal imprisonment of Julian Assange. From my own perusal of Hansard, neither Prime Minister Scott Morrison, Foreign Minister Marise Payne, nor any of the other responsible government ministers have ever taken the trouble to respond to such speeches.

Where, instead, questions are put to the relevant ministers, government ministers are at least forced to attempt to explain away their unconscionable conduct, but given that only about 2 minutes seems to be allowed for the whole exchange, what can be achieved in Question Time usually falls far short of what is needed. An example is Greens Senator Janet Rice questioning Foreign Minister Senator Marise Payne on 25 March, about her government's failure to support Julian Assange.

Experience so far has shown that the presentation of petitions to parliament, short speeches are not sufficient to hold all members of the government to account.

However, if, instead, members of the "Bring Julian Assange Home" Parliamentary Group were to put to Parliament a motion which calls upon the government to act, such as one which I suggested to them on 25 May:

This Parliament finds it unacceptable that Australian journalist Julian Assange, who is not guilty of any crime, continues to be held in London's Belmarsh prison in solitary confinement for 23 hours every day, whilst those who started the 2003 Iraq war have yet to be held to account for this crime against humanity.

Accordingly this Parliament calls upon the British government to immediately expedite, and in a more transparent fashion than previously, all outstanding legal matters concerning Julian Assange including his own appeal against his continued imprisonment.

Should the British government fail to do so, this Parliament instructs Prime Minister Scott Morrison and Foreign Minister Marise Payne, as a matter of urgency, to raise this at the United Nations and at the International Criminal Court.

… then they would have sufficient time show to the House and the broader publice how the treatment of Julian Assange by Britain violates International law, British law, and all human decency.

Whilst the Government may still have the numbers to defeat such a motion, they are unlikely to have been seen to have won such an argument. The names of those who were to vote against such a motion or abstain would be on the public record and they would most likely suffer electorally for having done so.

An earlier suggested motion is included below as Appendix 2.

Appendix 1: Speech by Nils Melzer in support of Julian Assange

The #Assange case may be the biggest judicial scandal in history.
It is the story of a man being persecuted for telling the truth, the whole truth & nothing but the truth.
I cannot leave to my children a world where telling the truth has become a crime, for it will be a tyranny. https://t.co/5DUyqcP9t1 pic.twitter.com/lotJ5dBRUT

Noting that multiple award-winning Australian journalist, Julian Assange, who has committed no crime against British or Australian law, has been illegally detained and psychologically and physically tortured by the British government since 19 June 2012, firstly until 11 April 2019 inside the London Ecuadorian Embassy, and, after that, in solitary confinement for 23 hours per day in Belmarsh Prison, this House/Senate requires Scott Morrison to use all his authority as Prime Minister to demand of British Prime Minister Boris Johnson that he immediately release Julian Assange and facilitate his return to Australia or to any other country of his choosing with his wife Stella Moris and his two children.

Should the British Government refuse to release Julian Assange, this Parliament instructs the Prime Minister to ask the United Nations to act for Julian Assange's release and, should it be necessary, to put the case to the International Criminal Court.