Is Environmentalism in Denial? [For details of this debate, see http://www.slf.org.au/festival14/environmentalism-denial ] Inside, Mark O'Connor's speech. 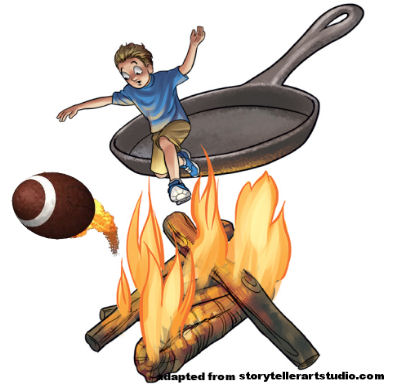 Mark O’Connor’s speech (For the No case)

I have great respect for Naomi Klein’s sharp mind, and I won’t deny her starting-point: too many of us sustainable-livers want to tinker prettily at the edges of our lives, while not looking deeper. Human kind cannot bear very much reality, and even a walk around this festival will show many stalls selling pretty tinkerings for those who want to cultivate their small garden while Australia and perhaps the planet burns. One giraffe has to be put down because there’s no space in the zoo. Outrage! 7 billion large omnivores sweep the forests bare and turn wild animals into bushmeat. Ho-hum! You wouldn’t want to stand in the way of progress, would you?

Yes, environmentalists are in denial, on various issues But is climate-change the thing that most environmental groups are most in denial about? Really, Naomi?

What about the ongoing destruction of the environment? In Australia, most of the natural world is already under sentence of execution. In the vivid phrase of the poet Robert Gray, most of Australia has become “things that lie in a fire, in the moment when they still have their form”. (from “Under the Summer Leaves”) ... Like a branch thrust into the fire, and already taking fire, the koalas, the white-winged choughs, the blue wrens still have their form, but are already doomed. Not by climate change, but by ever more people, demanding ever more wealth and stuff per person, and backed by ever more powerful and destructive machines. Environmental destruction = human numbers x average demands per human x destructiveness of the machinery used. Climate change is a result of that product, not its cause. So let’s look deeper, Naomi.

Today I even saw stalls devoted to saving water. Now why would an environmentalist want to conserve the public water supplies? You’re only reducing the political price for Matthew Guy as he seeks to turn Melbourne into a high rise hell, and Victoria into a crowded vampire state unable to pay for its own imports. No, open your taps as wide as your budget can bear.

And no, that’s not a party political point. In the USA they say the two great enemies of the environment are the Republicans – and the Democrats. Here it’s the Laborites and the Liberals, growth-mad both. When Bracks and Brumby got the reins, Victoria was the Garden State. It took those growth-mad bozos less than a decade to turn it into the state where it was anti-social to water your garden. Anti-social because it interfered with their plans to cram millions more into high rise suburbs, with barely enough water for a shower and a pot plant.

A few years ago, when I was a small boy growing up in Melbourne, my parents took me to a fete. There, though money was short, they somehow bought me a raffle ticket—and it won. First prize was my choice of a new state of the art frying-pan or of a three-quarter size leather football. Not a hard choice. Being a small boy, and a Collingwood supporter, I unhesitatingly chose – the football. When I rejoined my mother, who had been trying to catch my eye, she was close to fury. “You stupid child! Didn’t you know we need a frypan. That frypan was worth five times as much as the football.” I pointed out of course that there was no way I could have known that, and besides the junior football would be invaluable to me in my future career as a League footballer. She said sadly, “Mark, if you’d chosen the frypan, I’d have gladly bought you three footballs.” So that was a lesson learnt. As you go through life, choose the frypans, not the footballs.

I’m still trying to learn it. Today I find myself with a white beard, sitting on bodies like the Council of the Australian Conservation Foundation and still asking: frypan or football.

Here’s how the issue comes up. As you know, we are slowly losing every environmental battle. My poet friend Judith Wright died deeply depressed at how other species are vanishing; and she was right. So how to find hope? How to win the lottery, and then choose well?

Well, . . . If we environmentalists could all agree to wish for just one thing, and work on that one thing alone, flat out, till we won the lottery and prevailed against the massed minions of Murdochery and greed, and got our choice, what should that one thing be. Which is the true frypan, that might solve all our problems. . . .