As we understand it, individual States are free to “manage” their own (protected) wildlife. However, the "management" of wildlife ends up evolving into a business of exponential commercial proportions, with momentum to keep supplying the meat and skins for domestic use and international export markets. (Photographs by Brett Clifton) 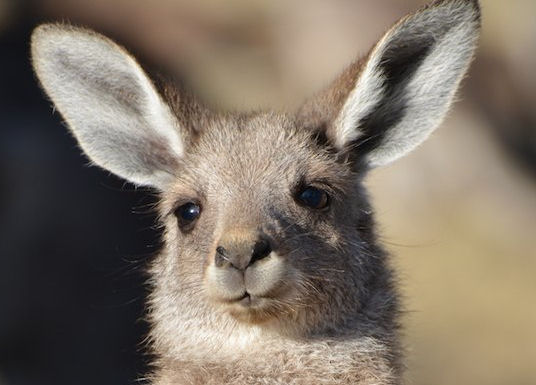 Victoria's deficient and seriously flawed system of ATCW (Authority to Control Wildlife) permits must be addressed and scrutinised. It's far too easy for landholders to gain ATCW permits, without getting advice on non-lethal alternatives. With so much of Victoria's land in private hands, the vicissitudes of fires, droughts, floods, on top of all the human impacts, our wildlife must be protected properly and with integrity. We already have the highest mammal extinction rate of the modern world. There should be wildlife corridors linked to national and state parks, then farmers blocking their transits would not be able to label them a "pest" - and apply for permits to "control" (kill) native animals. Planning has devolved into creating real estate opportunities rather than real planning for biodiversity and our environment. Kangaroos breed very quickly? Only about 25% of joeys survive in the wild. Kangaroos are endemic to Australia, and are native animals. Their numbers increase when there is good feed, and naturally decline in the poor times. They live in perfect harmony with the environment, and 16 million years of experience puts them well ahead of us modern humans. 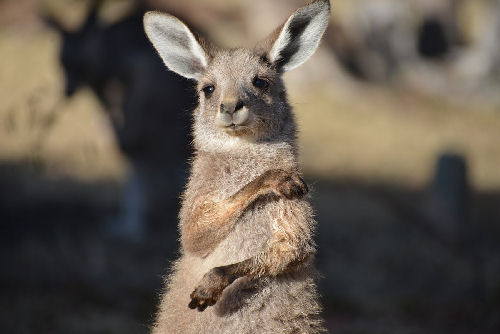 The false empathy with the kangaroos that will "starve" and therefore must be killed is disturbing and hypocritical. The hideous massacre of kangaroos in Canberra, ACT, is shameful, Healthy kangaroos were slaughtered and incredibly became scapegoats for conservation concerns. Then the graziers blame Russia, a country that sensibly ended the import of kangaroo meat for hygiene and health concern. Livestock are eating the grass, and causing havoc is another excuse for “management”. It's the livestock industries that are responsible for high extinction rates in Australia. They denude the country of grass, eating much more than kangaroos and doing untold damage, with their cloven hooves. Human overpopulation in the Middle East and South East Asia will drive demands for live exports, further exacerbating the problem. Australia has one of the worst mammal extinction rates in the world, with 22 mammals becoming extinct over the past 200 years.

A report by THINKK, a research group at the University of Technology, Sydney, proved that kangaroos rarely compete with sheep and cattle for pasture?—?calling into question the legality of culling animals on the grounds that they are competing for food. The contrary it true – livestock compete with kangaroos for food, and their rapacious feeding habits and consumption pattern are threatening kangaroo survival! Kangaroos have their first young at around 3 years; they can raise one joey per year; joeys are dependent for 18 months; joeys have high rates of mortality. How can graziers and others suggest that populations can “explode”? How can “researchers” seriously provide graphs which double or triple populations, and claim that their monitoring in any sense “tracks” populations? If there are 100 kangaroos one year, and a population has a M:F ratio of 1:1, of the 50 or so does that could conceivably conceive, only 25% or so of these are likely to successfully raise their young to independence, and there may be 110 or 115 the next year, period. 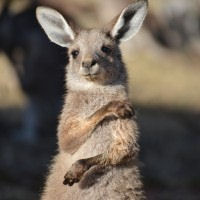 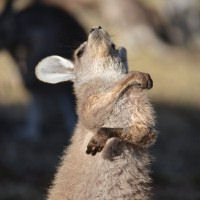 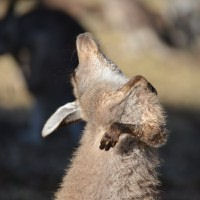 Getting things in proportion

While kangaroos, other native species, and the natural living environment generally, are often considered to be in conflict with agriculture, does this label them all as “pests”? Those native species which persist in developed landscapes are the displaced remnants and tatters of native fauna trying to subsist within a landscape which has been fundamentally transformed by the human pursuit of production objectives. The power of the States must be quelled and the mask of “managing” kangaroo numbers must not be driving the commercial kangaroo killing industry, which shames Australia, the nation of the highest mammal extinctions in the world. We strenuously object to the suggestion that the industry expand to China and Russia. Aboriginal people respectfully killed one kangaroo at a time for sustenance and they used every bit of their totem kangaroo they did not kill on an industrial scale as happens today! The acquisition of a taste for kangaroo meat, by over a billion people in China and Russia , will ensure another species suffers and eventually becomes extinct.

The source of the photographs was Brett Clifton and the subject was a kangaroo called Jelly and it was called, "January 2013: Jelly and the art of scratching."  You can view the series of three of this lively kangaroo at Brett Clifton's famous "A Kanga a Day" pages, here at brettclifton.com/wordpress/?p=1747

This article is based on a letter sent to the Hon Tony Burke, Minister for Sustainability, Environment, Water, Population and Communities (ALP), with a copy to the Hon Greg Hunt, (Shadow Minister for Climate Action, Environment and Heritage, and Federal Member for Flinders, Victoria), on February 8, 2013 by Maryland Wilson, President of the Australian Wildlife Protection Council.