The same forces are at work across the entire globe - whether it be Ukraine or Australia, Elites (the 1%) are seeking to make the vulnerable more vulnerable in an insatiable effort to consolidate their wealth, and perhaps more importantly for them (and us) - their power.

It is now clear that America's democracy is completely corrupted.
It seems that Australia is also going down this path, with Joe Hockey 'selling' access for $22,000, and many other rorts for a privileged few going behind the scenes, such as those involving Sinodinos. 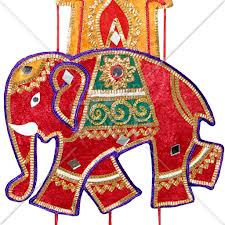 According to #ixzz31T0FxNdO">researchers from Princeton and Northwestern universities the U.S has now

And if the 99% try and stop it, they are criminalised - with nearly 8,000 arrests of former participants in the Occupy movement globally,- or subjected to brute force, as is being discovered by the residents of the Northern Rivers Region, who are now appealing to the United Nations for protection.

And it is clear where this path leads, the U.S is now walking down it, as other countries have before. The experience of these countries, such as India, is well documented, so there really should be no surprises for Australians as to where we will end up. Australia, as an 'ally' of the U.S participates in its massive data collections through bases such as Pine Gap. The experience for other nations is that:

"The gathering of information to control people they rule is fundamental to any ruling power. As resistance to land acquisition and the new economic policies spreads across India, in the shadow of outright war in Central India, as a containment technique, the government has embarked on a massive biometrics programme, perhaps one of the most ambitious and expensive information-gathering projects in the world— the Unique Identification Number (UID). People don’t have clean drinking water, or toilets, or food, or money, but they will have election cards and UID numbers. Is it a coincidence that the UID project run by Nandan Nilekani, former CEO of Infosys, ostensibly meant to “deliver services to the poor”, will inject massive amounts of money into a slightly beleaguered IT industry? (A conservative estimate of the UID budget exceeds the Indian government’s annual public spending on education.) To “digitise” a country with such a large population of the largely illegitimate and “illegible”—people who are for the most part slum-dwellers, hawkers, adivasis without land records—will criminalise them, turning them from illegitimate to illegal. The idea is to pull off a digital version of the Enclosure of the Commons and put huge powers into the hands of an increasingly hardening police state.


Nilekani’s technocratic obsession with gathering data is consistent with Bill Gates’s obsession with digital databases, “numerical targets”, “scorecards of progress”. As though it is a lack of information that is the cause of world hunger, and not colonialism, debt and skewed profit-oriented, corporate policy."

?
Of course all this links back to undermining and decay of our system of government to the point where it fails:

"Corporate-endowed foundations are the biggest funders of the social sciences and the arts, endowing courses and student scholarships in “development studies”, “community studies”, “cultural studies”, “behavioural sciences” and “human rights”. As US universities opened their doors to international students, hundreds of thousands of students, children of the Third World elite, poured in. Those who could not afford the fees were given scholarships. Today in countries like India and Pakistan there is scarcely a family among the upper middle classes that does not have a child that has studied in the US. From their ranks have come good scholars and academics, but also the prime ministers, finance ministers, economists, corporate lawyers, bankers and bureaucrats who helped to open up the economies of their countries to global corporations."

and the final conclusion:

"Capitalism is in crisis. The international financial meltdown is closing in. The two old tricks that dug it out of past crises—War and Shopping—simply will not work.

The proletariat, as Marx saw it, has been under continuous assault. Factories have shut down, jobs have disappeared, trade unions have been disbanded. The proletariat has, over the years, been pitted against each other in every possible way. In India, it has been Hindu against Muslim, Hindu against Christian, Dalit against Adivasi, caste against caste, region against region. And yet, all over the world, it is fighting back. In China, there are countless strikes and uprisings. In India, the poorest people in the world have fought back to stop some of the richest corporations in their tracks.

Capitalism is in crisis. Trickledown failed. Now Gush-Up is in trouble too. The international financial meltdown is closing in. India’s growth rate has plummeted to 6.9 per cent. Foreign investment is pulling out. Major international corporations are sitting on huge piles of money, not sure where to invest it, not sure how the financial crisis will play out. This is a major, structural crack in the juggernaut of global capital.

Capitalism’s real “grave-diggers” may end up being its own delusional Cardinals, who have turned ideology into faith. Despite their strategic brilliance, they seem to have trouble grasping a simple fact: Capitalism is destroying the planet. The two old tricks that dug it out of past crises—War and Shopping—simply will not work."

Thus these excerpts from Arundhati Roy's article at Outlook India.com above indicate that India, like Greece and Ukraine, is another example of the excesses of corporate shock doctrine, which is in the process of being applied to Australia.

The Iranian policies that have been well regarded by the world community. One rare example, though, was the birth control policy that Iran implemented in the aftermath of the Iran-Iraq War. Until about two years ago, Iranian men who wanted them were provided with free vasectomies as a means of family planning. The policy was actually lauded by family planning advocates, and it helped to keep Iran’s birthrate under two percent and prevented many families from being overburdened by large families in a nation with a legacy of sanctions and a reputation for severe economic mismanagement and corruption. Today, not only has the policy been revoked, but the leaders of Iran have actually returned to encouraging citizens to have babies at the highest rate possible. Throughout the country, education programs and government facilities have changed to accommodate the renewed conservative outlook on family planning. “We don’t accept less than five,” Ayatollah Mohammad Hosseini Ghazvini said on Velayat TV, encouraging the audience to have “five, eight, 12, and 14” babies, and to reverse the population control trend of the previous three decades. (Iran news update)