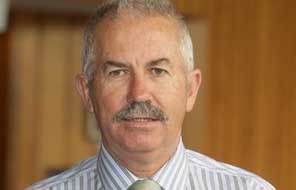 A lot of people have concerns about the General Manager of Tweed Shire Council, Mike Rayner, and his Director's role with World Rally Australia Pty Ltd.

Mr Rayner denies he has a conflict of interest. Some Tweed Shire Councillors, Garry Payne (apparently) and maybe even some lawyers agree. But from the perspective of local residents who are outraged on a number of fronts this is a blatant subversion of process.

In relation to Mike Rayner, residents object to:

How can we be confident of Tweed Shire Council’s ability to be objective in processing the DA for this event when there is such an obvious conflict of interest?

This proposed motor rally is for up to twenty years. I wonder how long Mr Rayner may be a director with World Rally Australia Pty Ltd, and can Mr Rayner's non-remunerative status change? Can potential future rewards, or current bias, cause undue influence?

This proposed motor rally is fundamentally wrong (conceptually, environmentally, socially and economically) for Tweed Shire, dubbed the 'Green Cauldron' and the process of its unfoldment, including Mr Rayner's over-involvement, is unethical.

We are calling for Mr Rayner to step down not only from his position with World Rally Australia but also from his position as General Manager as residents have lost confidence in his credibility. The Tweed Shire Council has more than its fair share of corrupt councilors as in recent years when the entire council was sacked.

Time for an FOI, methinks, and a whole lot more noise from locals rejecting this ridiculous rally.

What you can do: Attend protest march in Murwilumbah from Knox Park to Council chambers at 3pm, 19th May, (if raining, 4pm at council, with council meeting starting 4.30pm). Contact no.rally[AT]yahoo.com.

The Council have changed their meeting date from Tuesday 19th May to Thursday 28th May 2009.

How convenient for them!

The process for this rally was already in place before the new Councilors were elected and I suspect that they have been told that the rally will go ahead with or without them voting in favor of it. Rayner at the 2nd council meeting told the new councilors when he was asked about a conflict of interest, that he had had legal advise and told them he was told there was no conflict.

We must remember four of them were new to the job and a bit green behind the ears and of course the GM was suppose to be there to guide them in policy matters and how could they know if he was misleading them or not.

I am REALLY surprised that Dot Holdom who I thought was an honorable smart cookie was taken in by all this or was she? Funny how she has closed up shop now, as she kept the business going when she was in council before. If she had retained the business she would have had to excuse herself from voting on the rally proposal but now she is free to vote on it (how will she vote I wonder) will it be worth giving up the job she loved. What will she gain from it? Maybe now she will have time to devote herself to a takeover bid to be mayor it could be a race between her and Polglaze to see who gets to the post first. I wonder would they take turns year about. Maybe they can try and bring in a vote of no confidence to try and take the reigning mayor down, who knows we will just have to wait and see. Where is the GM in all this could he possibly be the puppet master?

Really all politics aside however, if the councilors had any gumption they would take notice of the people and the promises they themselves made before the election and do what is right, firstly for the environment and wildlife (once our native environment and wildlife are gone that's it they won't come back) and then the people, as we are supposed to be masters of our own destiny it's the rest of the planet that needs to worry as it is at the mercy of us humans. But then I guess prospective councilors will say anything to get in and then do exactly as they like or else kowtow to the powers that be because they are afraid and have no courage to do what they know is right. God help Australia and the rest of the world because Tweed Council sure as hell doesn't.

GENERATIONS to come will condemn this council if they let the rally go ahead without a fight. They will be known as the Environmentally Irresponsible Council.
WHY? Answer= Because they knew better!