How many other "solutions", detention centres, unaccompanied children, unidentified entrants and money must be spent on failed policies to address the asylum seeker issue? The government is trying to please too many lobby groups - those who want the economic benefits of population growth, and those prefer to act with compassion and humanity. 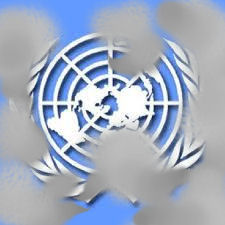 The High Court made permanent injunctions preventing the removal of asylum seekers to Malaysia.

Immigration minister Chris Bowen conceded that there would be more "boat people" after the High Court was convinced to block the "Malaysian Solution".

We have had many failed "solutions" to control asylum seekers arriving randomly on our shores?   The size of the "welcome mat" to take risky voyages and increase people smuggling has become larger.

Julia Gillard needs to show some leadership on our behalf. The reason for all the detention centres, unaccompanied minors, armed guards and the processing of claims is because we are enslaved to a relic of a different era with our agreement to the 1951 Refugee Convention.

We are a sovereign nation, not a colony subservient of the UN, and we should be free to make our own policies, and decide who and how many people come here.   Malaysia is not a signatory.
The flow of "boat people" is a political smoke-screen to hide the real source of our population boom - economic immigration.

Prime Minister John Howard claimed to have "stopped the boats", but there was no mention of any plans to increase overall immigration numbers, or whether the  meatworkers and fruit pickers, skilled temporary workers, were given preference over those with professional qualifications, like trained doctors or accountants.

Back in 1988 Howard said he didn't want to see the rate of Asian immigration increase any further.

Heart of the "Australian story" ?

Howard also said: To an extent greater than almost any other country, we are a nation of relatively recent immigrants. Immigration has been at the heart of the Australian story because, without it, the country we now know could not have come into existence.   What was the "heart of the Australian story" should not become an epic, or tomes to fill a library!  Our early childhood experiences and memories don't have to be lived and recreated throughout our lives as we reach maturity.   What was beneficial in our infancy is not necessary to continue, and can be detrimental. It's like trying to relive childhood, and retain the benefits of it instead of moving on to maturity.

Growth is only one stage of a community's or nation's lifecycle. Malignant growth continues.

All evidence shows that Australia as the “Lucky Country” has already gone into history. No politician is considering reviving or reliving this part of the “Australian story”.

So while Australians felt secure that our borders were tightly protected from "boat people", polls showed that they were relaxed and comfortable about immigration despite the substantial increase in the intake from under 100,000 to over 200,000 a year during Howard's era. The impacts weren't immediately noticeable, and the use of asylum seekers as a smoke screen to disperse the economic immigration debate worked successfully.

By contrast, the return of significant discontent intensified with the Rudd Government’s further expansion of immigrant numbers to over 300,000 a year, relative reduction in the skilled proportion of the intake and, perhaps most significantly, loss of control over unauthorised boat arrivals. Kevin Rudd's popularity severely plummeted when he unapologetically supported a "big Australia"!

John Howard never wanted to talk about his booming immigration program. Kevin Rudd didn't want to either. Why not? Because it just doesn't fit. Immigration adds to the demands for labour as well as supplying it, and these families need food, clothing, shelter and all the other necessities. They also add to the need for social and economic infrastructure: roads, schools, health care and all the rest – requiring public funding.

Easy to obtain PR in Australia

It's actually very easy to obtain PR in Australia. The immigration
figures speak for them selves. We have the highest population growth in the developed world, and of course this is a magnet for those seeking a new country.

We already have our own displaced in Australia, with growing homelessness and poverty

The "immigration" debate is largely about asylum seekers, while the real source of our population growth is economic immigration - students, skilled workers, and family reunions.

Australia could easily disband on the UN's outdated refugee convention, and manage the surge of asylum seekers ourselves.  We could slash or disband our discriminatory economic immigration policy and increase our humanitarian intake – off-shore.

The government is trying to please too many lobby groups - those who want the economic benefits of population growth, and those prefer to act with compassion and humanity.

Our government only wants the ready-education and well-off to provide willing casual workers, and people to buy into property - not the displaced, unskilled, needy and poor.

Thanks, Vivienne for this timely article.

The outcome of the current political climate which the High Court ruling against The Federal Labor Government's "refugee swap" deal with Malaysia could well be the ousting of the current Labor Federal Government in an early election and the coming to power of a Tony Abbott Government. In some ways it seems like a repeat of events which led to the defeat of the odious Keating 'Labor' Government in 1996 and the election of the even more odious Government of John Howard.

Whilst we rightly have good reason to object to Gillard's Government (and not because of her Government's attempt to find a workable solution to the people smuggling problem), judging by the record of the previous Howard Government in which Abbott was a Minister, an Abbott Government would be far nastier.

John Howard got this country into two immoral wars: Afghanistan and Iraq. These have massively added to the number of refugees in the world and those seeking refugee status in Australia. In large part, Howard owes much of his political survival from 2001 until 2007 to "Refugee Rights" activism. Almost certainly Howard would have been booted out in 2001 for, amongst other things, his attempt to break the Maritime Workers Union in 1998 with mercenary strikebreakers, but the confusion caused by the "Tampa crisis" in addition to the 9/11 false flag terrorist attack saved Howard's political hide.

One of the consequences of Howard's re-election was Australia's participation in 2003 in the illegal invasion of Iraq which had catastrophic consequences on the citizens of Iraq, causing many hundreds of thousands of dead -- over one million according to on estimate.

The massive protest movement of 2003 in Australia against the threatened invasion of Iraq was allowed to fold after the invasion commenced by essentially the same people who lead "refugee rights" groups. Largely as a consequence, Howard was re-elected in 2004 with an absolute Senate majority, even after the WMD pretext for the invasion of Iraq had been shown to be a lie. Australia's participation in the "Coalition of the Willing" against Iraq continued unhindered at least until after Howard was ousted in 2007.

Domestically, Howard introduced his reviled "Work Choices" legislation which even further deprived Australian workers of their collective bargaining rights than they previously had been. Whilst being seen to be tough on boat people he ramped up immigration to record levels further adding to the shortage of domestic housing and causing housing prices to rocket. He also privatise Telstra against the wishes of 66% of the electorate and against commitments given by most elected politicians, Labor and Coalition (e.g. Barnaby Joyce), to their electors.

In 2011 as Foreign Minister Rudd and Julia Gillard were doing their best to support NATO's criminal invasion of Libya, the Australian public's attention was taken away from their immoral conduct by more headlines about people smuggling and the controversy over the "Malaysian solution" discussed above and in this article whilst the refugee rights groups and the far left parties which largely run them were almost completely silent about Libya.

Economic immigration ignored by the media and politicians

The high court found Immigration Minister Chris Bowen could not declare Malaysia to be a country where people could be sent to be processed as refugees. They ruled that no country could receive asylum seekers from Australia unless it was legally bound by international law or its own domestic law to provide access for asylum seekers to protection pending processing of their applications for refugee status. This is because Malaysia is not a signatory of the United Nations refugee convention. Surely the simple solution is to work out with Malaysia directly to solve the problem. The UN are not our neighbours to dictate our foreign and domestic affairs. The ability of Australia to guarantee the human rights of the 800 asylum seekers sent to Malaysia was in doubt. Australia went into war with NATO, and war cannot guarantee any human rights. There are many countries between Afghanistan and Iraq and Australia. The limiting factors in being accepted in other countries is poverty and overpopulation. Papua-New Guinea it is a party to the refugee convention although it does have significant reservations. Nauru is set to sign the convention. Australia will take all the 4000 processed refugees to come from Malaysia, but might reduce the overall humanitarian intake to fit them in. Nothing has been said, or mentioned, about reducing the source of the majority of our immigration numbers - economic immigration! They are assumed to be part of Australia's ongoing and inevitable Colonial "story" - perpetual population growth that is supposed to keep our economy ticking - and our living standards declining. Compared to other countries, refugees are not the same problem. At the end of 2010 Germany counted 594,300 refugees within its borders. The United States took 71,400 refugees that year, the Canadians 12,100. We accepted just 8500. However, Australia has a massive economic immigration program. Read more: http://www.smh.com.au/opinion/politics/gillard-solution-turns-to-dissolu... The more people we share Australia with, the less there is for all - including our indigenous species struggling to survive the onslaught of "developments"!

That the big debate and big issue relates to asylum seekers in current day Australia is a suitable smokescreen for the mass immigration we have to Australian shores. What Vivienne mentions is true, regarding Australia and other (yes, there are actually other) countries that are signatories to the UN's Refugee Convention or its equivalent somewhere. The other countries that must/do take in a quota of refugees may not attend to asylum seekers in the same way as we do - Mexico take in numbers, for one, so, why does Australia seem to hold the target shore in sight? Also, we shouldn't be pressured into accepting more refugees. Why? There are other countries to go to, as well as the studies that have been done into refugees that talk of the social issue of integration, unemployment, welfare dependency or lack thereof... Our job, as a developed nation, can be to assist other nations when there are problems, y'know, realising and holding strong to a stance that says that the solution isn't to have people here!!

I cant understand the love affair between the left-liberal chattering class, and rich, wheeling-dealing muslim arab boat people. Is admiration for islam cultural cringe mark 3 -- just another way to feel embarassed by our christian anglo-celtic heritage? The big picture is pretty simple -- a plague of homo sapiens -- spreading like slime over every corner of the earth. Of course the rich will wangle their way to richer, emptier, cleaner countries by air or by boat or by foot. I have found a high-speed shark cat ($40K) that is faster than Australia's customs and RAN navy patrol boats. Would anyone finance me to set sail, to meet the boat people before the military does. Then video them, shoot them and sink them?