On Sunday 8 March 2009, I received the following e-mail from David White on behalf of the Save The Mary River Brisbane Group.

We're requesting all candidates for the State election to indicate their response to just 7 questions and to return the completed document by reply email to the address shown above, or by mail to P O Box 1092 , Toombul 4012 by 15 March, 2009. Just place an X in the box that corresponds to your reply.

The responses to the survey will be distributed to voters on and before election day.

If we do not receive a response to our survey, we'll inform voters of this fact.

If you require any explanation or information regarding the questions, please contact David White on 0403 871 082 or email us (to savethemaryriverbrisbane [ AT ] yahoo.com.au>) and we'll respond immediately.

for the Save The Mary River Brisbane Group

Firstly, can I commend you for having taken this excellent initiative?

Please advise me of any responses (or non-responses) from other candidates so that I can assist in publicising them.

Before I continue, I will take this opportunity to ask all the other candidates:

Will they commit themselves now to opposing the privatisation of any of Queensland's water infrastructure during the next three year Parliamentary term?

My responses to your questionnaire are: 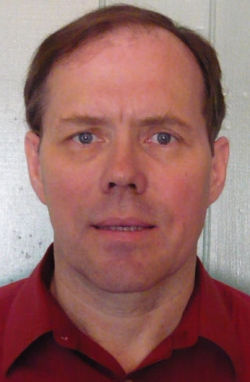 1. Do you support a proposal to construct a dam on the Mary River and pipe dam water to Brisbane?

2. Should the Government consider using the $1,500 million for a dam for other water supply options such as the installation of more water tanks, harvesting stormwater in the city and suburbs, and putting water-saving and greywater devices in every home?

Yes. I should add that I object to the way that this money was raised and said so at the time in a letter that was printed in the Courier Mail. It was raised by the privatisation of the retail arm of Energex electricity and Ergon the state owned gas utility. We are now paying dearly for the Government's windfall with huge increases in gas and electricity charges. This was supported by both the major parties and almost certainly opposed by the majority of Queenslanders if other polls are privatisation are any guide.

3. Do you support a review of all possible options to provide a secure and sustainable water supply to SEQ?

Yes. This would include the option of ending population growth. We must bear in mind that all options, including even the provision of rainwater tanks, incur an environmental cost. Options which I consider unsuitable include: desalination, industrial water recycling, mining underground water aquifers, the Wyaralong Dam, taking water from Moreton Island.

4. Are you concerned that unique wildlife species in the Mary River are threatened with extinction if a dam is constructed on the river?

Yes. If it is true that the Traveston Dam is necessary to supply Queensland's current population, which I dispute, the extinction of the lungfish, the Mary River cod and the Mary River turtle will be the foreseeable consequence of the Queensland Government's irresponsible and deliberate encouragement of needless population growth. Population growth has also encouraged by the LNP opposition.

5. Do you support the use of recycled water for industrial and agricultural purposes?

Yes. Given that that recycling facilities have now been constructed at enormous expense to Queensland taxpayers, it would be foolish to now not put these facilities to use . However, I oppose making our industry or agriculture dependant upon expensive and technologically complex water recycling technologies which must ultimately depend unsustainably upon the burning of more fossil fuels.

6. In an emergency, yes. But governments must act to prevent foreseeable emergencies. Cramming millions more people into Queensland in coming years as both the current state Government and Opposition plan to do can only make such emergencies inevitable.

7. Do you support a proposal for every commercial and industrial building to be required to install tanks to collect, store and use stormwater runoff?

Please contact me if you have any other questions or seek further clarification.

Other candidates are invited to send me their responses to either the questionnaire or my responses. I will place any responses on candobetter.org/QldElections

Thanks again and best regards,