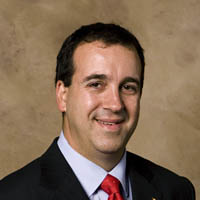 Martin Pakula (martin.pakula @ parliament vic gov au) is a lawyer and a member of the Victorian Parliament. He works for Roads and Ports Minister, Tim Pallas (tim.pallas @ parliament vic gov au). Tim Pallas has been the Victorian Minister for Roads and Ports since December 2006. These elected persons have responsibility for the Channel Deepening project and are theoretically answerable to the public.

On Friday, 18 April, 2008, in the Australian Newspaper, journalist Rick Wallace, reported comments Mr Pakula had made to Parliament about the dredging of Port Phillip Bay, which seemed to show that Mr Pakula has a poor understanding of the ideals and responsibility of democracy - at least in this instance.

"The views of absolutely minor participants have been portrayed and elevated, so long as they oppose the project,"' Mr Pakula is reported by Wallace to have said.

Apparently Mr Pakula gave as an example of what had irritated him, an Age story which described the mother of a person in a level-crossing accident as having inaccurately accused the Victorian State Government of spending $1 billion on channel dredging, when the government claims to be supplementing the port users’ costs by ‘only’ $150 million. The road-crossing victim’s mother had reportedly gone on to compare the port expenditure with $32 million spent on railway crossings.

I would like to know why Mr Paluka would view such a citizen as a ‘minor participant’, especially when, to my knowledge, her views are typical of those of many Victorian citizens, indeed, of citizens all around the country. It also seems inappropriate to me that the Victorian Government should spend ANY money propping up this project of which I heartily disapprove myself for environmental and democratic reasons. The democratic reasons are that the Bay is ours; it is our precious natural asset. It does not belong to a few men who will be in parliament for a few years before they join other mortals as pieces of dust, to modify in a manner which could destroy it forever. And it seems entirely appropriate to me that the mother in question complained about Roads and Ports spending any money at all on a widely despised engineering project, when apparently she perceived a failure to adequately maintain safety on Victoria’s level crossings, which Mr Pakula also has responsibility for.

Mr Pakula had previously described the Age’s reporting of Channel Deepening matters as a campaign of “unrelenting negative headlines and stories”.

Journalist Wallace recorded that The Age and its Chief Editor, Andrew Jaspan, had received “complaints from the Premier, corporate chiefs and top bureaucrats, including Prime Minister and Cabinet chief Terry Moran…about the paper's stance on the project.”

Wallace also referred to “unrest among reporters” in this matter.

I usually can the Fairfax press and all the other mainstream media. I would be amazed if the Age or the Australian or the Courier Mail, or any other property dot com associated media were to give sustained fair and democratic coverage of any matter which would encourage population growth and property speculation. The owners and directors of The Age would presumably be in favour of the Channel Deepening project simply because it is a tool of a corporate body that embraces population growth and widget multiplication. That the Channel Deepening project is being pushed through by government in a manner that is antithetical to democracy would presumably not trouble mass media moguls.

I have, however, not been following Channel Deepening comment in the mainstream press - the Age or elsewhere. For all I know, there may be some reason that The Age is actually against what seems to strike many as the raping of Port Phillip Bay for alleged profit. Or maybe the journalists at The Age are so alarmed by the dredging themselves that they are insisting on persistently reporting the widespread opposition to it.

What I can say with some confidence is that the message that Murdoch media journalist, Rick Wallace, carries from the Victorian Parliament, would scare Age journalists. It would scare any journalist. It scares me. It would scare Age journalists because it could be used as a lever by The Age Editors or The Age directors, to pressurize Age journalists to lay off reporting the deep and important public dismay at the dredging of Port Phillip Bay. I can see that it must be very hard to be a professional mainstream media journalist who is really concerned with representing public opinion, rather than marketing corporate projects to change laws and landscapes for corporate profit. I can also say that I think this message should scare other Australians, particularly those in Victoria.

Why should we all be scared? We should be scared because our representatives in Government who are responsible for the imposition of Channel Deepening are either unaware of the extent to which the public is dismayed by the high-handed and grossly disrespectful manner in which their Bay is being treated by those elected to care for it, or they do not care. Or it may be that Paluka et al are true believers in economic growthism and simply believe that the dredge-dissenting public lacks faith and must be led into the heaven of endless growth by its high priest parliamentarians. Or it may be that they are experiencing irresistable pressure from financial and other interests in the Port of Melbourne dredging project.

In fact, I do not know what motivates Mr Pallas, Mr Paluka, Mr Brumby, or what motivated Mr Bracks, Mr Thwaites, and Mr Kennett, to inflict raw capitalism, metal tooth and iron claw, on Victoria and its inhabitants. All I know is that, from the professional divers of Port Phillip Bay to the millions of other Australians who love it, from Catani Gardens’ possums, to Mornington Peninsula’s and Somerton's Kangaroos, from Malvern East’s proudly gentrified wooden houses, to Frankston’s sprawling backyards, and from the dead gardens of Bendigo and Ballarat and similar country towns targeted by the New Army of developers and water barons, to the farmers round Culgoa who formed PipeRight Incorporated to stop the government giving their water to big business in the riverina, people and other animals are hurting badly. Ruled over by a mad government, we are in despair.

We need proper representation from our government and journalists need absolute freedom to report. Time to turn off the Corporate Machine. Time to stop Mr Brumby's New Army of developers. Time to slow the monster down, Mr Brumby, Mr Paluka, Mr Pallas. Time to listen, not dictate.