Melbourne Water about to de-tree Koala corridor in Frankston

Melbourne Water is about to de-tree Frankston koala corridor by removing mature trees from banks of a huge park with a water retarding basin in it at Lee Street Frankston 3199. They are claiming that the trees are 'destabilising' the banks. But of course the trees are holding the banks together and keeping the water-table down. Who is accountable for these kinds of decisions that are based on what sound like lies that make no sense? Frankston Council is apparently going along with this. It seems totally insane and anti-life and nature. Inside is a video alerting us to the details. 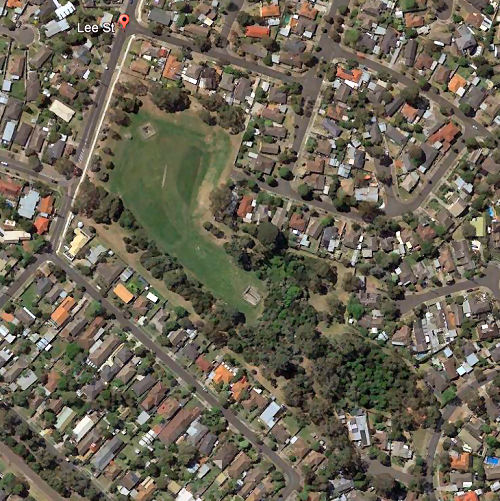 The person speaking in the video is Michele Thomas, of Animalia, who is a well-respected wildlife carer, who knows what she is talking about regarding koalas. See "Animalia's Michelle Thomas gives koala mouth to mouth in night rescue".

This tree removal with barmy excuses seems to be a new trend. Recently they machine-ripped out trees all along the sides and median strips of a shady Mornington Peninsula highway, one of few relatively pleasant highways to travel on, due to the shade and green. See http://candobetter.net/node/5304. The reasons given were that cars might run into them and that they were for eliminating all risks. (Not risks of depression leading to suicide in those who were revolted and felt powerless, of course.) AWPC managed to stop them from ripping them out quite so fast, but the kept on with a different machine at a different pace and they paid for a few possum boxes (not enough for all the possums and other wildlife that were and continue to be displaced.)

We know that trees are being ripped out for more houses and more roads to squeeze in the invited economic immigrants that make up over 60% of population growth in Australia. This is obvious with the road widening in Hoddle Street and in the destruction of Melbourne's equivalent of Paris's Champs Elysees - St Kilda Road - the latter for underground rail extensions.

Knowing how the impacts of population growth have caused the de-treeing of Hoddle Street and St Kilda Road makes you wonder if the freeway de-treeing on the way to Dromana is really to allow more lanes to go in and if removal of trees from the retardant basin at Lee Street is really to permit houses or access routes there. It is like an engineering conspiracy against nature. And, of course, in the short term, there is money in it for the tree rippers and machine operators. What a sick sick society we have become in about 200 short years.

Koalas being killed in Melbourne deforestation

"A koala has been found crushed in a forest north-east of Melbourne, after the government went against its own advice to protect the land from logging."