"Before becoming an academic I was for many years a journalist, with the Herald and Age in Melbourne, with UPI and AP in London and with the 'daily star' in Beirut. Thus I have a reasonable idea of what journalistic standards should be, and again, in publishing Sophie O'Neill's report, 'bombed, starved, trapped: this could be the worst place on Earth to be a child', the ABC has again violated them." (Dr Jeremy Salt). Dr Salt is the author of The Unmaking of the Middle East. A History of Western Disorder in Arab Lands, University of California Press, 2008) See also https://www.candobetter.net/taxonomy/term/7778.

[Candobetter.net Editor Comment: We have introduced capitals in several instances where they were not included in the original comment, which was made via an online comment form.] 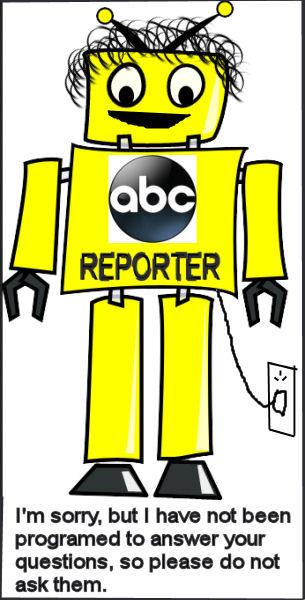 Comments: Before becoming an academic I was for many years a journalist, with the 'Herald' and 'Age' in Melbourne, with UPI and AP in London and with the 'daily star' in Beirut. Thus I have a reasonable idea of what journalistic standards should be, and again, in publishing Sophie O'Neill's report, 'bombed, starved, trapped: this could be the worst place on Earth to be a child', the ABC has again violated them. I have written before about Ms O'Neill's 'reporting', specifically in connection with the 'Australian story' report from Madaya, a town held by one of the most vicious takfiri groups in the Syrian war, Ahrar al sham, responsible for many massacres, a fact she did not mention. Now she has done it again. Of course, the situation in eastern Ghouta is shocking, if no more shocking than any other part of Syria that has come under attack from these takfiri groups in the past seven years. As for being the 'worst' place on earth for children, other candidates would be Yemen, bombed by Saudi Arabia with the support of the U.S, or Gaza, starved and strangled by Israel. but let this slide for the moment. The reason for the misery in Eastern Ghouta is that the district has been infiltrated by takfiri groups you should have no hesitation in describing as terrorist. Fighting under the umbrella of Jaysh al Islam (the Army of Islam), they include Hayat al tahrir al sham (Free men of Syria) formerly Jabhat al nusra (Front of Victory), Al Qaida in Syria, which has been designated by the U.S. as a terrorist group; Ahrar al sham (Free men of Syria); and Faylaq al sham (Army corps of Syria). All of these groups have a long record of massacre behind them and all are committed to the same basic ideology as the Islamic state, which is to destroy the secular government in Damascus and replace it with a hardline Islamic regime that would extirpate all Shia and Alawi and would extinguish the civil rights Syrian women currently enjoy. Sophie O'Neill merely describes these groups as 'opposition' fighters, hiding a truth which your readers are surely entitled to know.

The Syrian government is doing what any government would be doing, which is trying to drive these people of Eastern Ghouta. O'Neill did not mention that these takfiris are constantly sending mortar shells into the heart of Damascus, killing many civilians, including children. She mentions being sent photos, which suggests to me that she is regarded as a useful propaganda conduit by the agents of these groups.

I note that you illustrated your article with a photo of the 'White Helmets' in action. This group is embedded with the takfiris, operates in no area that is not under their control and has been thoroughly exposed as a propaganda arm of the foreign governments that have orchestrated the war on Syria. Please, the ABC has a reputation to maintain, does it not? You are degrading it by publishing material like this. Your readers might swallow it because they don't know any better. Is this good enough for you?

Thank you for your email regarding the ABC News Digital story Syria’s Eastern Ghouta could be the worst place on Earth to be a child right now.

In accordance with the ABC's complaints handling procedures, your correspondence has been referred to Audience and Consumer Affairs, a unit separate to and independent of the content making areas of the ABC. Our role is to review and, where appropriate, investigate complaints alleging that ABC content has breached the ABC's editorial policies. The ABC's editorial policies can be found here: https://edpols.abc.net.au/.

Your comments and personal views have been noted, including your views on what should have been included in the piece and your personal views about the White Helmets. As we have noted in our previous correspondence to you, the ABC has presented vast and comprehensive coverage of events in Syria. This coverage has included a broad and diverse range of perspectives over time, as required by the editorial policies. This particular piece focused on the experiences of people, particularly children, currently in Eastern Ghouta.

The ABC has previously covered the make-up of the insurgents in Syria including the association of some to Al-Qaeda (including http://www.abc.net.au/news/2018-02-08/syria-idlib-air-strikes-described-as-a-war-against-civilians/9408578). The ABC has covered insurgents attacking Damascus with civilian casualties (including http://www.abc.net.au/news/2018-02-20/more-than-70-killed-in-rebel-held-ghouta-amid-un-warning/9463658).

Within the context of a piece focused on the ongoing challenges facing children in Eastern Ghouta, Audience and Consumer Affairs is satisfied with the level of detail provided. Furthermore, we note that the piece contributes to the ongoing diversity of perspectives shown across the ABC.

Having reviewed the piece, and with consideration for the additional information provided by ABC News, Audience and Consumer Affairs are satisfied the piece kept with the ABC’s editorial standards.

Nevertheless, your comments and views have been noted by our unit and ABC News.