“We note your concerns” is a response that ABC critics are familiar with. It seems to mean, “We’ve ignored your arguments but made a small mark on the negative side of the “balance” tally. 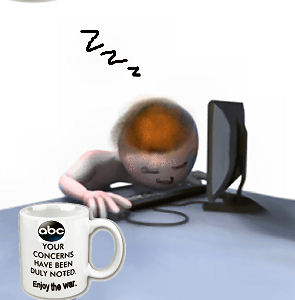 As another writer and critic of the ABC’s unbalanced reporting of the war on Syria, Jeremy Salt has forwarded me your response to his complaint about Sophie McNeill’s recent report on Ghouta.

Jeremy shared his complaint with me at the time, and I endorse the points he made in their entirety, regarding both the true situation in Syria and Ghouta, and on the ABC’s consistent and seven-year long failure to present a balanced picture of the Syrian government’s war with foreign-backed Islamist terrorists.

Consequently I am bemused by the ABC’s response today. Taken at face value, it betrays an almost complete lack of understanding of the ‘geopolitics’ of the conflict, as well as the role that the ABC has played over the last seven years in helping to deceive and misinform the Australian public.

"Before becoming an academic I was for many years a journalist, with the Herald and Age in Melbourne, with UPI and AP in London and with the 'daily star' in Beirut. Thus I have a reasonable idea of what journalistic standards should be, and again, in publishing Sophie O'Neill's report, 'bombed, starved, trapped: this could be the worst place on Earth to be a child', the ABC has again violated them." (Dr Jeremy Salt). Dr Salt is the author of The Unmaking of the Middle East. A History of Western Disorder in Arab Lands, University of California Press, 2008) See also https://www.candobetter.net/taxonomy/term/7778.

[Candobetter.net Editor Comment: We have introduced capitals in several instances where they were not included in the original comment, which was made via an online comment form.]

As producer of the segment this morning about the current campaign to liberate Eastern Ghouta from its terrorist besiegers, I would like to offer this alternative perspective on what is actually happening in Syria. I understand only too well that all Western governments, NGOs and UN organisations, including Amnesty International, speak with one voice, but they still present the situation in Damascus and its suburbs in completely misleading and false terms. 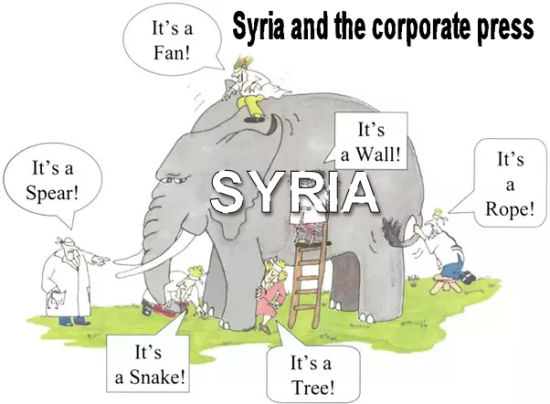 While these voices talk of a “humanitarian disaster”, and make many claims regarding deaths of children and attacks on “hospitals” and “Syrian civil defence”, their sources are not in any way trustworthy.

The armed groups who have occupied Damascus eastern suburbs since 2012, holding the local population under siege, are the very same groups who staged the so-called Sarin attack in Ghouta in 2013, distributing videos of kidnapped children they had themselves gassed through the sympathetic media networks supporting the Syrian insurgency.