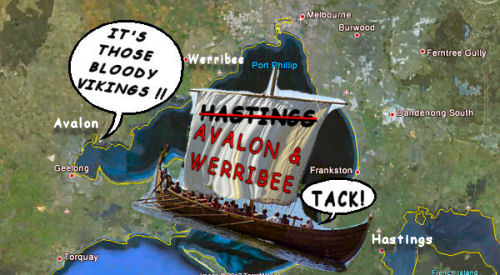 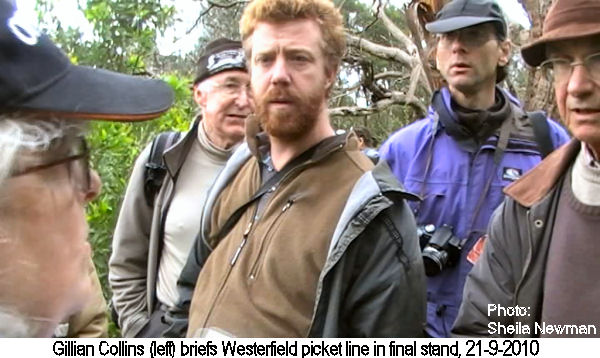 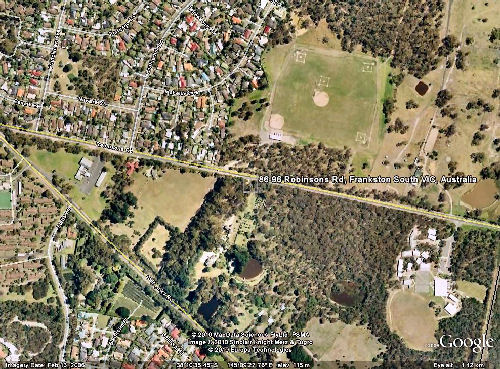 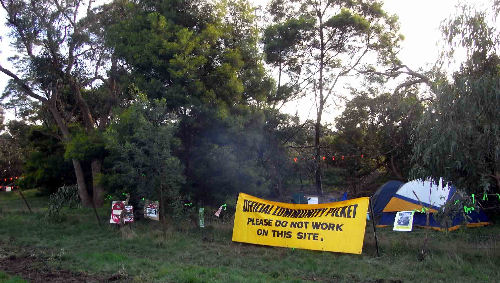 Through incompetence and neglect 110 ha which was recently added to the Pines Flora and Fauna reserve was mismanaged by Parks Victoria and Department of Sustainability Victoria to the point where nearly all the species it contained have become extinct. Now this land is due to be separated by a huge tollway from the rest of the reserve, despite many bitter protests and submissions from residents and other concerned people, whose hearts are nearly broken. See also related articles 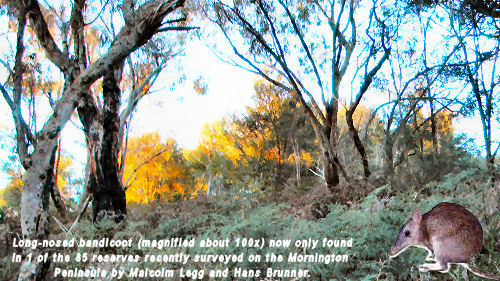 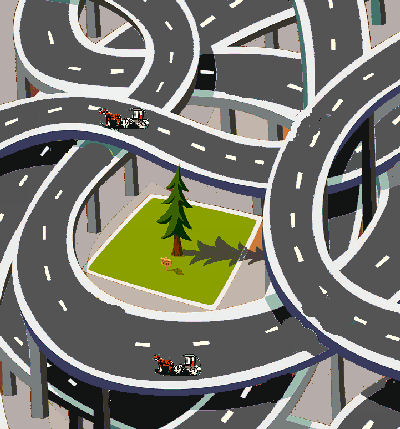 Australia is currently set to be criss-crossed by new roads, tunnels and tollways. A case in point, which we have studied is the SEITA Eastlink tollway, which is being built by ConnectEast in a private-public partnership with the Victorian Government.

So, why is Victoria engaged in massive road construction just now? And, why are we persisting with Eastlink, all the way down the Mornington Peninsular when we could simply stop it now?

Submission in response to the Victorian Government&#8217;s Land and Biodiversity at a Time of Climate Change Green Paper Information provided in the Green Paper highlights the rapid decline in the quality of our environment. The blame is mainly put on global warming and, thankfully, also on the government&#8217;s persistent push for economic and human population growth. This &#8216;growth&#8217; will exacerbate the present decline not only in the environment but also in the future welfare of the people.

SEITA is the acronym for the Victorian Southern and Eastern Integrated Transport Authority which was formed by the Victorian Government to manage private public partnerships to build ... um... not free ways, but tollways. The Frankston bypass is part of the EastLink tollway.

According to information on the SEITA Eastlink site, the project route appeared in Melways street maps forty years ago.
(Photo by Narelle Smith)
Predictably, over this period wildlife habitat and populations have been severely impacted. Despite this the Victorian Government and SEITA seem to have failed to seriously consider several other routes, but are persevering in plans to bisect the Mornington Peninsula Biosphere and other crucial habitat for wildlife, according to Gillian Collins of the Pines Flora and Fauna Protection Group and Maryland Wilson of the AWPC.

Maryland Wilson, President of the Australian Wildlife Protection Council, stated yesterday (May 14, 2008) that the Southern and Eastern Integrated Transport Authority (SEITA) has failed to adequately address the concerns for wildlife she raised on behalf of the Australian Wildlife Protection Council or the Coalition of Wildlife Corridors. These concerns were specifically about the threat posed to wildlife and their habitat by the infrastructure and traffic which will be created if the SEITA proposed bypass route goes ahead.

Ms Wilson said that the AWPC's observation as well as discussion with persons well-informed in road-engineering, population and land-use planning, Peninsula Biosphere maintenance, wildlife-ecology and social amenity leaves the AWPC in no doubt that

Your response (Seita ref: DO1072588) fails to adequately address the concerns I raised on behalf of the Australian Wildlife Protection Council or the Coalition of Wildlife Corridors. These concerns were specifically about the threat posed to wildlife and their habitat by the infrastructure and traffic which will be created if the SEITA proposed bypass route goes ahead.

Our own observation as well as discussion with persons well-informed in road-engineering, population and land-use planning, Peninsula Biosphere maintenance, wildlife-ecology and social amenity leaves us in no doubt that

a) the proposed route will severely impact on scarce habitat for local, regional and State biodiversity

b) SEITA and the government have not seriously examined viable alternatives

The proposed route will divide the Peninsula in two, making any hope of interconnecting wildlife corridors extremely difficult, if not impossible.

It is not acceptable for the government or its chosen contractors to go ahead with a structure which, despite some rhetorically supportive policies in Pines draft master plans, parts two and three, is in practice oppositional to international, Australian, and local practice and science for protecting the needs of wildlife. At the moment Frankston and the Peninsula, although part of an international UNESCO agreement for a biosphere that protects fauna and flora, are facing unacceptable decimation of indigenous animals in all or most areas where they struggle to survive. Roads, through habitat fragmentation and isolation, through very high rates of road-kill, and through their spear-heading of suburban expansion, are the drivers of animal deaths and species loss.

SEITA will only encounter and should only encounter opposition if it fails to use alternative routes to protect any indigenous fauna habitat from being cut off from the rest of the Pines, or indeed where similar fragmentation is threatened for any other habitats. Australian fauna is at greater risk than at any other time in history due to climate change, drought, habitat-fragmentation and annihilation. The need for more, not fewer, bio-links to save species and individual animals is critical.

With regards to the other areas of Frankston and the Peninsula, if SEITA continues with the same lack of awareness as previous road-builders in this country, of the many modern methods for mitigating road-kill, such as bridges, tunnels and overpasses, then it cannot expect and will not deserve support. This is quite apart from the fact that the population growth and urban expansion which it is relying on in Australia for customers and investors is not supported by the incumbent population and will probably become very problematical very soon due to oil depletion.

The following was sent to me by Gillian Collins

A petition against the Bypass has, so far, garnered over 900 signatures and has been presented to Parliament by Jude Perera, our local MP. Another group in South Frankston have 400 signatures on a petition that they have submitted to Southern and Eastern Integrated Transport Authority (SEITA) , and we have submitted documentation that ours have been certified by Parliament, and have asked that they be counted. Since SEITA counted the golf course petition signatures as individual submissions in the Phase One, they cannot do otherwise.

This week we brought some of the issues against the Bypass to the Frankston City Council Major Projects Committee, and I think we got a fair hearing. It looks as though there was no allocation towards it in this year's budget, but we need to look further into that.

One of the results of raising the profile of the anti-Bypass feelings is that the pro-Bypass folk are now starting to campaign. The Chamber of Commerce has a petition that looks remarkably like ours but in favour of it, and they have written to SEITA saying we are "ill-informed!" One of our local Council members is now going to the press with quite unbelievable comments about the Flora and Fauna Reserve being a "wasteland!"

We continue to work on gathering signatures on our petition and generating stories in the press. Next week we are having a community meeting at the school closest to the Reserve to celebrate biodiversity and urge our neighbours to make submissions and contact their elected representatives.

We would appreciate any submissions to the Southern and Eastern Integrated Transpoiort Authority (SEITA) web site: www.seita.com.au. Every one counts, no matter how brief.

For further information: e-mail Gillian Collins at gillianuu [AT] dodo.com.au