The Public Housing Defence Network is calling for the Opposition parties to support the Greens motion in Parliament on Wednesday 6 June 2018 to block the Andrews Governments Public Housing Renewal Programme (PHRP). The PHRP reduces Public Housing, displaces tenants, sells off public land to private developers and reduces open space and amenity, and will drive up homelessness. If you would like to stop the Andrews Government PHRP, please contact the Opposition MPs from Monday 28 May, by email, phone, or text. (See suggested letter and addresses inside.) Every action counts! 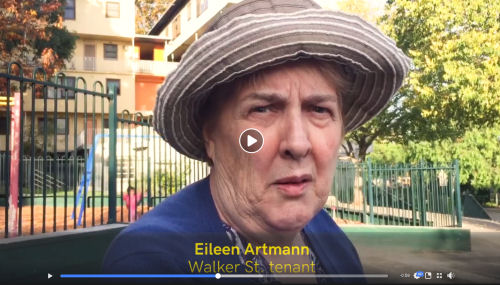 Here is a suggested text:

“Dear Parliamentarian,
I oppose the Andrews Government`s Public Housing Renewal Programme, and call on Parliamentarians to vote to block it in the Legislative Council of Parliament by disallowing the Planning Minister`s assumption of planning powers.”

Add your name, suburb. Preferably full address and phone, too.

There may be a rally outside the office of Liberal MP David Davis or at Parliament in the lead up to the likely vote on Wednesday 6th June. See Public Housing Defense Network facebook page for details.

We encourage you to join us in a campaign which, if supported by you, has the potential to force the state government to abandon its plans to privatise the public housing sector. This campaign is being co-ordinated by Public Interests Before Corporate Interests (PIBCI www.pibci.net) and is endorsed by PIBCI, Friends of Public Housing – Victoria and the Wednesday Action Group. We expect many more organisations to endorse this campaign over the coming weeks. Let us know if you wish to endorse the Defend and Extend Public Housing campaign: Send mail to Defend and Extend Public Housing

Not in our time

We understand the Victorian Labor Cabinet has just endorsed a decision to privatise 70% of Victoria’s public housing stock. Under the guise of improving “community”, “social” and “affordable” housing, in Victoria, they have agreed to transfer the management and ownership of the majority of public housing to “community”, “social” and “affordable” housing groups that are privately owned and run. The transfer of taxpayer funded public housing to non-government organisations deals a death blow to the idea access to affordable housing for all Australians who require it is primarily a state and federal government responsibility.

A strong vibrant public housing sector not only ensures all Australians, who cannot access the private housing market, have access to affordable housing, it also places downward pressure on private rents and helps first home buyers to enter the property market as many investors will sell their private rental properties if rents fall.

We will be holding public rallies on the steps of the Victorian State Parliament, Spring St Melbourne, between 11:30am – 1:30pm on:

To demonstrate to the government, the Opposition and the cross benchers in the Legislative Council our opposition to governments outsourcing their responsibility to provide affordable housing for all Victorians to a private and not for profit non-government sector that, at best, will only be able to provide for the needs of sections of the community, not all Victorians.

We encourage you to join us in a campaign which, if supported by you, has the potential to force the state government to abandon its plans to privatise the public housing sector.

This campaign is being co-ordinated by Public Interests Before Corporate Interests (PIBCI https://www.pibci.net) and is endorsed by PIBCI, Friends of Public Housing – Victoria and the Wednesday Action Group. We expect many more organisations to endorse this campaign over the coming weeks. Let us know if you wish to endorse the Defend and Extend Public Housing campaign.

You can help by coming along to the rallies that have been planned, writing to or emailing your local, state and federal representative, advertising these rallies among your family and friends and using social media to bring this issue to the attention of as many people as possible. This is a campaign Victorians and all Australians can ill afford to lose – JOIN US NOW!!

We will be "PROTESTING and HOLDING A VIDULE" outside of the "Di Jones Real Estate Agents" at 6pm Tuesday 26th August 2014 @ 118-122 Queen Street Woollahara NSW 2025. So if you can join us in this demonstration of "SOLIDARITY" against these Pariah's (Liberal State Government and Di Jones Real Estate Agents) that seek to profit from the MISERY of our most vulnerable Tenants in Millers Point, Dawes Point and The Rocks.

PLEASE come along bring your banners and your voice and support the residents!!! 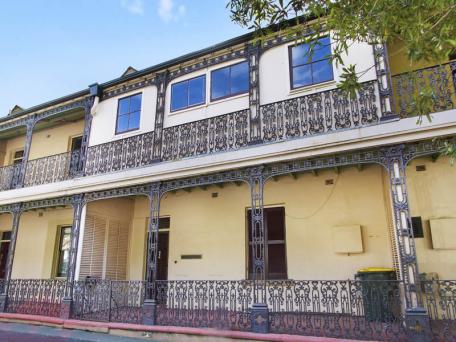 This was sent to me by Geoff at Eco-Bushwalks, Sydney.

Public housing’s operating model is unsustainable. Costs are outstripping rental income and the division is forecast to be in deficit in 2012–13. Full report here. 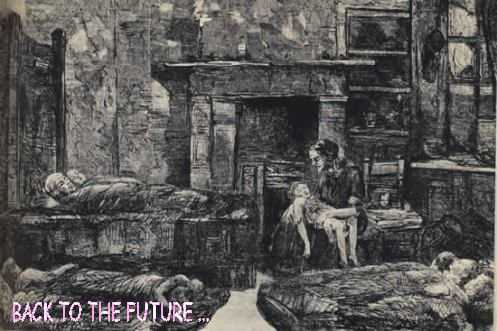 Ed. Never have we had more developers and more draconian laws passed to interfere with citizens environments and rights to shelter. We are working harder and harder for less and less. Where once one wage would buy a home for a family, these days two people working full time are more likely to leave their home to the bank than to their children. Workers cottages with gardens are now the goals of socially aspiring professionals. Workers and the unemployed have fewer and fewer choices and more and more sleep rough. That public housing has been allowed to get into such a mess while the private sector runs the country is another piece of evidence - if you needed it - that Victoria is corrupt and a democracy in name only. This has been so since Kennett and did not improve with Labor and will not improve with the Liberals. We need many independents and a free (non-corporate) press to promote them.

The state and future of public housing

Public housing is operating unsustainably and without direction. The Department of Human Services’ (DHS) Housing and Community Building Division (the division) has been slow and short-sighted in responding to a changing operating environment. Despite DHS and the departments of Treasury and Finance and Premier and Cabinet awareness of the problem for at least six years, sustainable solutions are yet to materialise. New directions now being developed through the housing framework must innovate and unlock portfolio value to assure viable public housing in the future.
Findings

Public housing’s operating model is unsustainable. Costs are outstripping rental income and the division is forecast to be in deficit in 2012–13.
The division’s short-term strategies to address the financial position have deferred and compounded the problem.
The asset base is deteriorating, with an estimated 10 000 properties reaching obsolescence.
The division has not articulated long-term objectives or plans for public housing.
A housing framework is being developed but it is not yet clear how it will support public housing sustainability.

The Department of Human Services should:

develop and apply options to overcome the unsustainable operating model
assess its operational efficiency and role in public housing
develop a long-term plan for public housing with clear objectives.

The Victorian Government is turning Melbourne into a junior version of Los Angeles without a proper cost-benefit analysis. Photo: Jason South

Before the 2002 state election I was asked to chair a meeting of Banyule citizens who had good reason to believe the Bracks government was planning to build a freeway connecting the Metropolitan Ring Road to what is now EastLink.

The Heidelberg Town Hall was full. The audience was sufficiently large and threatening that the then transport minister, Peter Batchelor, and local ALP state member Craig Langdon each promised that it wouldn't happen. From the platform, I saw the tension go out of the audience.

How easy it is to gull the electorate. The freeway was on the VicRoads agenda even before the first stage of the ring road was built. It was classic salami tactics - one slice at a time.

In parliament in 2001 Batchelor was even less circumspect. Hansard records he said: "It is not on our radar ... there is no truth in the suggestion. It is a tragic and sleazy attempt by a conspiracy of the deluded to try and frighten people living and working in this area. I need to set the record straight once and for all, and these people will have no basis for making the suggestions in the future."

Of course, Batchelor knew that by the time the plan was public, he in all probability would be responsible for a different portfolio (he is) and Langdon would know he would be on the point of retirement (he is).

Now VicRoads is seeking $15 million for a feasibility study for the road Batchelor swore wasn't even on the government's radar. On the other side of Melbourne, the government wants to fast-track Westlink, a road tunnel linking the Port of Melbourne with West Footscray and, ultimately, the Western Ring Road in Sunshine West. As usual, the further incremental transformation of Melbourne into a junior version of Los Angeles is being undertaken without a proper cost-benefit analysis to see whether there are cheaper, better public transport alternatives or a public environmental impact study. They aren't even on the radar.

And why should they be? Last October the Parliament passed the Orwellian Major Projects Facilitation Bill. The president of Protectors of Public Lands Victoria, Brian Walters, SC, said the legislation was designed to bulldoze freeways through residents' rights.

Once a project is "declared", it can be sped up and the community will have no rights of objection.

According to Walters, the hastening of big projects of developers, at the expense of the community and good planning, appears to be legislation for millionaire mates rather than the good government of Victoria.

The Brumby government appears most sleazy when it attempts to justify the handover of public land that morally belongs to the most disadvantaged groups in the community.

The government justified the sell-off of 3.5 hectares of Carlton public housing land to a developer by claiming it was essential for the social integration of public housing tenants into the broader community. Rubbish. The plans show the private development will be in the form of two gated communities, secured against public tenants by a 2.5-metre wall.

According to the Carlton Residents Association newsletter: "The much-heralded Public Housing Estates redevelopment is mostly about private housing for sale into the buoyant Carlton real estate market for private profit, and very little about desperately needed public and affordable housing. Despite 40,000 people waiting for public housing, there will be no net increase in public tenant numbers on the Carlton Estates following the $200 million development."

The redevelopment of the 27-hectare Kew Cottages site that displaced 400 intellectually disabled residents was justified on the grounds that they should be reintegrated into the community - a bogus argument that ignores the evidence that most prefer to be integrated with their peers rather than the general community who, in the main, reject them.

Even worse, instead of making money for the government, the development has somehow lost $17 million from building and selling the first 55 up-market homes on one of the most valuable sites in Melbourne.

The Kew Cottages Coalition of parents and concerned citizens want the development stopped immediately, at least until the Ombudsman's inquiry into the fiasco is completed and its results published, hopefully before the election.

Kenneth Davidson (kdavidson [AT] dissent.com.au) is a senior columnist for The Age newspaper and, with Lesley Vick, one of the two co-editors of Dissent Magazine. (see, also, #dissent">below). Article originally published as "Projects built at expense of community" in the Melbourne Age of 15 Feb 10.

This is part of the Sustainable Living Festival (SLF) from 15-21 February 2010 which is well worth attending as there are many sites and events of interest. Visit the stall of Sustainable Population Australia - a PPL VIC member. It will be near the "Think Area". Collect a sticker with the message "Say No to Melbourne @ 5 Million". Contact is Jill Quirk Mobile 0409742927. The full festival program can be viewed on www.festival.slf.org.au.