The problem with Mr Murdoch's newspaper empire is not just unethical behaviour by his journalists. It goes much deeper. With the alarming concentration of media ownership in Australia and the advent of PR driven journalism, for the sake of democracy, the public must support independent media. David Donovan of Independent Australia comments.

Australian mass media is concentrated into the hands of a very small number of proprietors. For example, 11 of the 12 major newspapers in Australia are owned by Rupert Murdoch’s News Corporation or John Fairfax Holdings. In fact, Murdoch bestrides the Australian media landscape like a colossus—NewsCorp owns 8 of that 12, and also dominate the regional and suburban newspaper publishing industry, as well as owning a major slice of Foxtel. 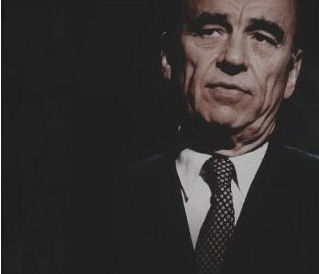 The Australian people have less different voices to use upon which to make their decisions than almost any other place in the free world. And Rupert Murdoch is happy to wield his overwhelming power.

In 1979, as Murdoch looked to acquire Channel 10 in Melbourne, the Australian Journalists Association in a submission to the Australian Broadcasting Tribunal alleged that Murdoch was an autocratic and unprincipled proprietor who demanded that his lackeys publish distorted accounts of the news when it suited him. There is an abundance of evidence to support this view. Whether this is true or not, where one proprietor owns such a large swathe of the Australian media industry, the danger of interference in our democracy is present and clear.

Despite Australian media ownership being amongst the most concentrated in the world, at the behest of powerful proprietors, successive Australian Governments have gradually further relaxed media ownership rules. The most recent round was put in place in April 2007 under the Howard Government, where the new ‘two out of three’ rule meant that companies are now allowed to own up to two media outlets – television, radio and newspaper – in a single area.

The reason given for the change by the then Communications Minister, Helen Coonan, was that convergence in the media industry as a result of news technologies, particularly the internet, meant that the old regime was ineffective. Newspaper proprietors were now able to transmit video and audio material on their websites, and broadcasters were able to transmit text in the same way. Coonan also said that the advent of “new players” as a result of the internet – the so-called “independent media” meant that there was a new diversity voices in the media landscape, making cross ownership laws largely needless. 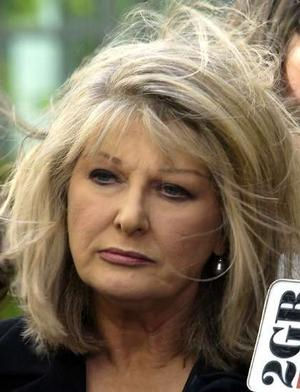 “Traditional media services are being challenged by new digital technologies and this is resulting in the emergence of new players, new content and new platforms,” Senator Coonan said in 2006.

Unfortunately, the idea that mass media diversity doesn’t matter, and that new players are threatening traditional sources is largely mythical.

Influential political blogger with US website The Nation, John Nicholls, said in Australia last year that, despite the new “players”, “content” and “platforms”, people have never received less information and less of it from alternative sources.

Nicholls offered some troubling facts about journalism in the US, where there is far more diversity of mass media ownership than we have in Australia. He said that rather than offering a diversity of voices, individual journalists were typically obliged to produce content on a range of platforms—video, audio and print. With owners having radio, TV and newspaper interests, this meant less journalists were required—a clear cost-benefit for proprietors. According to Nicholls, there are less journalists now there was in the time of President Franklin D Roosevelt and there were more journalists covering Reagan’s inauguration than Obama’s.

Rather than the new platforms leading to a diversity of voices, voices are in fact being snuffed out. Nicholls called this decline in journalism a “crisis of democracy”.

But, you might ask, as we hear less voices from the main players, isn’t independent media filling the gap?

The answer, says Nicholls, is generally no.

In January 2010, the Pew Centre of Journalism’s published a report detailing a study in which had analysed the way people get their information in the US city of Baltimore. The results were conclusive—people still get most of their information from “traditional” media sources. An analysis of independent media – or “blogs” as they are sometimes known – showed that 96 per cent of stories simply came from recycling stories found in the mainstream press. However, the study also showed that the mainstream press was producing 73 per cent less information than 10 years ago.

In other words, despite us getting almost all our information from traditional sources, these sources are producing less new stories than ever before.

And where are most these stories coming from? With the extra demands placed on the dwindling number of main-stream journalists, they are increasingly reaching for stage managed events and press releases to create their stories. Pew reported that a staggering 86 per cent of stories were produced by power, with only 14% of stories resulting from actual journalism—research, investigation, interviewing sources, digging, et al.

We get most of our news from PR companies. Whilst journalism has declined, career opportunities within the public relations industry have boomed. In 1970, the ratio of PR officers to journalists was 1:1. In 1980, it stretched to 1.2 PR people to every journalist. Now, we see an eye-watering 4:1 disparity. It has reached the point where we now see PR companies producing fully edited news stories that are shown on commercial media networks in their entirety, without any notification to viewers or listeners that this is pure spin. 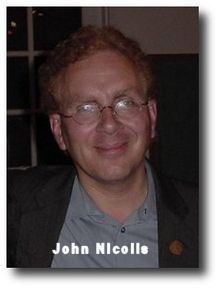 Democracy is at stake, but the people in power aren’t listening because they are very happy with the way they can easily dominate the news cycle. Pew’s research showed that 63 per cent of stories came directly from Government officials.

Nicholls says “democracy is at stake” and this seems no exaggeration.

It all comes down to money. Good journalism takes time, effort and money—something that is in short supply in the world of Independent media. Here at Independent Australia, we are determined to buck this trend and produce new stories—stories you won’t have seen elsewhere.

In the past week, brilliant IA journalist Tess Lawrence, broke a story on Interpol and the Julian Assange red notice that has been published all around the world. However, despite been personally sent by IA to every mass media organisation in Australia, giving them full permission to publish, with the exception of a single brave broadcaster, Murray Peters from 2ST, none have seen fit to cover the story. We understand why—they would like to ignore us and stifle our voice. The last thing the mass media want in this country is competition after they have fought so hard, over so long, to so successfully eliminate it.

The article has been republished, with permission.

In its initial context at Independent Australia the article concluded,

"But, though we are small, we are growing very quickly. This website is doubling in new readers about every two months. With our new revamped website format, our commitment to breaking stories you won’t have seen anywhere else, and with your support, we will keep on growing.

But we do need your support. As we said, good journalism is takes time and is expensive. If you would like to help us create quality Australian journalism, please donate generously to our website. And if you can’t afford to do that, just make sure you keep on reading us and giving is your feedback.

Help us keep democracy alive in this great country."