This is the second in a series of interviews with Nerrida Pohl about lack of proper regulation of the construction and development industry in Australia. Nerrida talks about the 30 story appartment building in Victoria, where she bought two appartments 'off the plan'. The building is a shared commercial/private one, that is meant to share one plan, but Nerrida has discovered with some amazement that there are actually two different plans. Although the Victorian Civil and Administrative Tribunal (VCAT) ruled, in a dispute between the developer and Stonington Council, that residents would share the building's loading bay with commercial occupants, this right was sold off by a member of the building management for $1.00 per annum peppercorn rent. This has meant that moving vans park at the front entrance, causing traffic problems in a very busy area. The front doors are propped open so that furniture etc can be brought into the building, creating a security risk. Furthermore, the ''Residents Meeting Room' specified in the plan, has been occupied by a real-estate agency. This means that residents have no formal or designated place to meet, communicate, and organise for their own benefit. It is especially hard because many appartment owners dwell overseas and cannot easily be contacted by other owners who, when they ask, are only given overseas mailing addresses, which might be PO boxes or legal firms in distant cities.

VIDEO UNPUBLISHED: Unfortunately the person interviewed in this video has asked me to unpublish it because the publicity she has received has apparently caused her problems.

Today we heard the outcome of the Orrong Towers development case where Stonnington council went to the Supreme Court to try to have residents' and citizens' opinions heeded in planning what happens in their immediate environment. The Court completely failed to recognise this fundamental right to self-government. Having been present at the first hearing, I cannot imagine how this was justified and await the ratio dicendi. 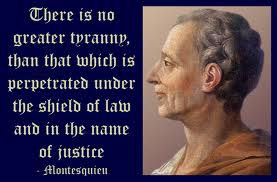 Victorian ABC mainstream media was inadequate to the situation:

"I have just heard Jon Faine (presenter) on ABC radio speaking to Margot Carroll who has led this battle. Today the Supreme Court after a 5 minute hearing dismissed Stonnington Council's case against the proposed development. The distressing point that Margot made was that the court did not consider the number of objections to lend any weight to the case so that 10,000 objections was the same as 10. Interestingly on the same radio station the same presenter is discussing planning issues with a panel of "experts". The first question was about the ingredients of a livable city and the answer was "community involvement" in planning! I also heard one of the experts saying that growth was an "opportunity" (in livability I presume)! Someone also said that not all developers want to maximise profit at the expense of "design"." (They must be the public benefactor developers.) - Comment by Quark to candobetter.net

The contrast between the reality of the planning dictatorship we live under and the psalmodious platitudes we hear from its media mouthpieces is fundamentally confusing. Today I came home to yet another government pamphlet asking for public comment about new zoning laws. In the light of the Orrong Towers decision and comments like those quoted from Jon Faine's show, it was disturbing to realise that the smiling politician featured on the pamphlet is only a mask on the face of raw and brutal power. One knows that any comments will be ignored and that laws are being changed and reinterpreted for state policy to permit the removal from the community everything that made this country pleasant and easy to live in.

There must be many planners ashamed to be associated with this psychological and legal bulldozing of communities, but they are all too scared of losing work to stand up to the bullying of communities and individuals. Capitalism has made most people too vulnerable to speak up and the comments of those who do speak up do not have value in the eyes of the law. It's official.

As Montesquiou wrote: "There is no greater tyranny than that which is perpetrated under the shield of law and in the name of justice."

A devastating decision for Stonnington and Victoria

The Orrong Group is devastated at the Supreme Court decision delivered this morning. The finding supports the VCAT ruling that `the extent of resident opposition is irrelevant’ to their consideration of the merits of a development.

Based on this ruling the voices of the community will not have their collective concerns given due consideration in the planning process regarding inappropriate development in any neighbourhood, anywhere.

Stonnington Council, the responsible authority will have its planning powers diminished and residents input and support further eroded.

Members of the Victorian Government directly involved in this matter should now act to deliver more than simple platitudes regarding respect for all communities’ democratic rights and views regarding how their neighbourhood will develop.

Ratepayers have fewer and fewer rights in Victoria but it may be that they can refuse to pay their rates unless they are satisfied. 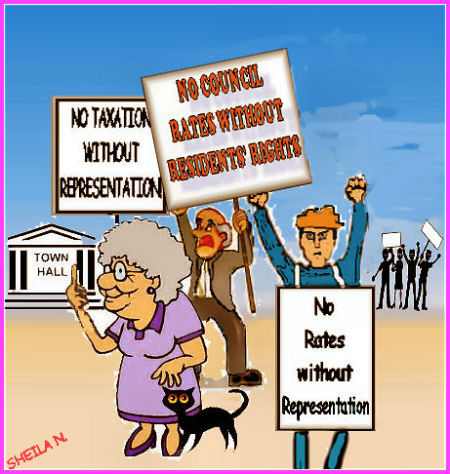 The State Government have submitted to parliament a law that council’s no longer have to advise abutting owners of a planning permit application or that the applicant must place a notice on the site.

This means that you will not be aware what is proposed next door nor will you have the option to object because the Planning application will have already been granted.

This is not in the best interest of Ratepayers or for local community, think about what this will mean.
If a councilor or a council officer or builder wants to have a planning application approved you will not know about the application, until the builders arrive.

Council Rates are they legal?

There has been much debate on this issue.

Victorian Ratepayers Inc.(RPV) from the facts presented to our organisation it would appear that Council’s have no legal right to collect rates, consider the following facts.

There is a core issue for us all in Australia, and that is whether municipal councils have the power/authority to charge "rates". Please consider

- In 1904, the High Court of Australia determined that municipal "rates" are a tax.

- In 1988, the people of Australia voted in a referendum in relation to municipal councils being recognised in the Commonwealth Constitution as a third tier of government.

- 1/ The passing of legislation to collect tax (as public money for public purposes),

- 2/ Money collected must go into a Consolidated Revenue Fund, and

- 3/ The Parliament MUST make Bills for approval of the spending of those funds .. to become Acts.

- Consider whether municipal councils are able to be held as "responsible government" from this fundamental legal standard!

Now, if councils are not lawfully authorised as a third tier of government in several States for several reasons. The tax they collect is not done with lawful authority.

The standard set for responsible government by the Rule of Law applying to this country is upheld by the High Court, and we need to ensure this occurs in-so-far-as "rates" are concerned.

Your views on this matter are invited .

Here are a variety of things to read and turn your mind to during this long weekend. Don't you love this first one about the new website, "Residents Without Rights". Dont we all often feel like that! This is the link for the residents of the CBD, Southbank, Docklands, Carlton, North and West Melbourne to contribute news items, comments or articles with particular interest in violations of residents rights.

Would love to know what the CBD groups also Docklands etc think of Peter Clark in this job. You know him as he was a councillor. Just think of planning and developing Fishermans Bend. And here was me suggesting to the Minister that they should run a world wide competition for Fishermans Bend and get it done well instead of another developer grab for land to put up the maximum they can get away with.

If you read more of this article, you will also detect another grab for heritage land in St Kilda Road. I wonder how long before they start 'educating us' that the Shrine does not need all that land, what a waste of great development land?

This article is about the past - and shows how desperate Kennett was to get Docklands going. Bargain Basement prices. What a massive killing those developers made.

And what a mess they made of it.

Will they ever put it right?? And will they do the same in Fishermens Bend? Why do they get it so wrong?

And now a review of VCAT -

"As part of the reform moves, Mr Guy said he would establish a working group comprising members of VCAT and departmental officers to review long-term funding options and other possible reforms to VCAT. "

Planning Backlash should have seats on this review committee. Citizens need representatives of their own since DPCD and VCAT seem to be in the hands of developers.

A few weeks ago I saw an ad from Kuala Lumpur re selling property in Whittlesea. The Doreen Residents Action Group are fighting a 5 story development in what was supposed to be open space adjoining their lake - and what do you think? There was a bus being taken around filled with Asians inspecting it all - no doubt as a result of the promotion in KL.

This mythical housing shortage - it is time to build for Australians instead of keeping prices sky high by selling to foreigners and keeping young Aussies out of the housing market.