Videoed work by Tetsuro Matsuzawa shows that "Chimpanzees have a faster working memory than humans according to a remarkable study showing that it takes them a fraction of a second to remember something that it would take several seconds for humans to memorise." Video-link inside article, plus multiple links to this fascinating long-term Japanese study.Will this bring more respect for these creatures whom Spain recently granted legal rights as persons, along with gorillas?

"A Japanese scientist, Tetsuro Matsuzawa has demonstrated the prowess of chimps in remembering in less than half a second the precise position and correct sequence of up to nine numbers on a computer screen.

The numbers are shown together randomly distributed on a computer screen and as soon as the chimps press the number “one” the rest of the numerals are masked. However, they can almost invariably remember where each number was." (The Independent)

The above newspaper article was my first source, but I later found the far more fascinating original scientific site and have updated this article to include it, with excerpts below. The fast working memory video that initially got me interested, turns out to be a mere step in a groundbreaking long term study.

Some of you may recognise the computerized memory tests that the chimpanzee is doing in the video. I have certainly done similar ones on Lumosity. No way I could beat a chimp. I don't know anyone who could. I can easily see how impressive these studies are.

Will this kind of information bring more respect for these creatures whom Spain recently granted legal rights as persons, along with gorillas?

It would be nice to think that the ape in this film, Ai, would not spend her whole life a prisoner and that she might exercise her person-rights to a natural and fitting habitat. There are many photos of Ai and of a large clan of apes in the institute. Whilst they look happy and confident in the photos, I could not at first see whether or not they had access to natural habitat. They do, however, as these and other photos show. http://www.pri.kyoto-u.ac.jp/ai/en/friends/ai.html They have an outside compound which includes steel climbing towers with balconies overlooking Japanese suburbs.

Here is a link to some fabulous portraits of the apes associated with the laboratory. You can click on most or all of them for biographies of each ape, and more photos. These are certainly fascinating pages. There is even a page of drawings by the institute apes: http://www.pri.kyoto-u.ac.jp/ai/en/album/the_drawings_by_chimpanzees.html

Ai was born in West Africa, but has a long-time association with Tetsuro Matsuzawa, who has spent a lifetime studying apes, many of them in the wild. Here is another link to more detail about his work. http://www.pri.kyoto-u.ac.jp/ai/

Matsuzawa is also famous for studying how chimps use tools.
The video below is a charming film about a little ape learning how to use rocks to crack nuts from its mother in the wild.

Numerical memory span in a chimpanzee

There is a lot more about chimpanzees and their numerical skills, in work Nobuyuki Kawai and Tetsuro Matsuzawa have done with the same female ape, Ai, who features in the computer exercise at the beginning of this article. Below I have copied and pasted a short commentary from http://www.pri.kyoto-u.ac.jp/ai/en/publication/KawaiN/Kawai-Matsuzawa_2000_NATURE_Short_memory_span.html

"A female chimpanzee called Ai has learned to use Arabic numerals to represent numbers. She can count from zero to nine items, which she demonstrates by touching the appropriate number on a touch-sensitive monitor2, 3, and she can order the numbers from zero to nine in sequence4, 5, 6. Here we investigate Ai's memory span by testing her skill in these numerical tasks, and find that she can remember the correct sequence of any five numbers selected from the range zero to nine.

Humans can easily memorize strings of codes such as phone numbers and postcodes if they consist of up to seven items, but above this number they find it much harder. This 'magic number 7' effect, as it is known in human information processing7, represents a limit for the number of items that can be handled simultaneously by the brain.

To determine the equivalent 'magic number' in a chimpanzee, we presented our subject with a set of numbers on a screen, say 1, 3, 4, 6 and 9. She had already displayed close to perfect accuracy when required to choose numerals in ascending order, but for this experiment all the remaining numbers were masked by white squares once she had selected the first number. This meant that, in order to be correct in a trial, she had to memorize all the numbers, as well as their respective positions, before making the first response. Chance levels with three, four and five items were 50, 13 and 6%, respectively.

Ai scored more than 90% with four items and about 65% with five items, significantly above chance in each case. In normal background trials, response latency was longest for the first numeral and much shorter for all the others, indicating that Ai inspected the numbers and their locations and planned her actions before making her first choice. In masking trials, response latency increased only for the choice directly after the onset of masking, but this latency was similar to those recorded in background trials, indicating that successful performance did not depend on spending more time memorizing the numbers." 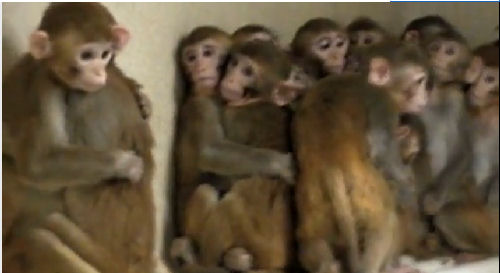 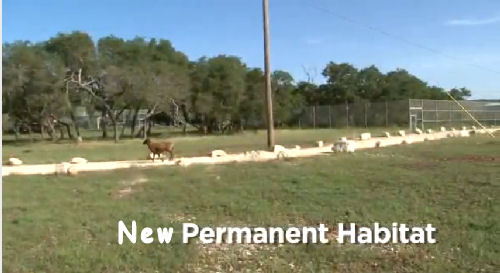 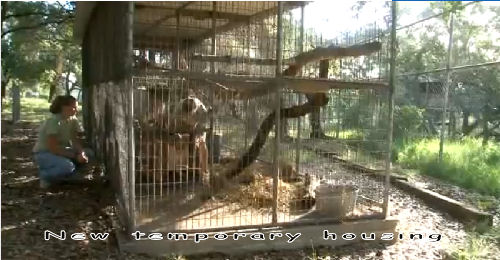